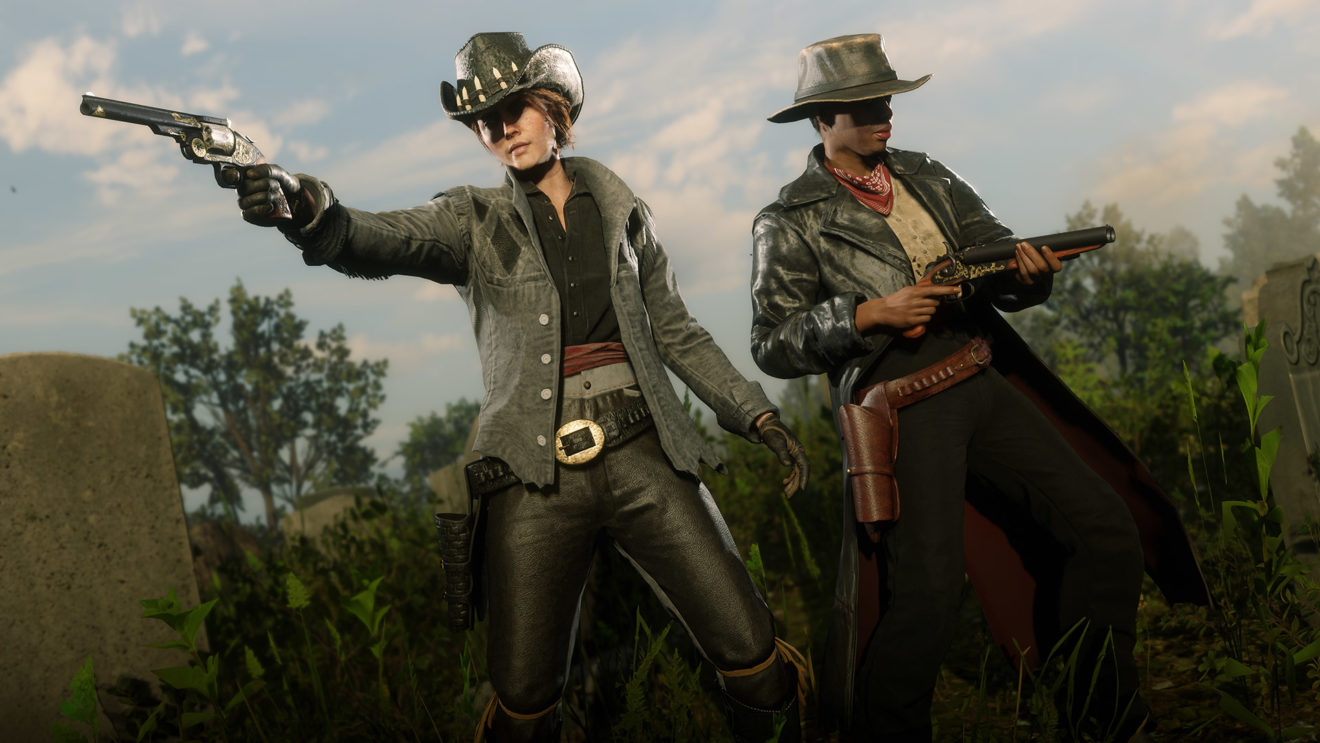 Red Dead Online players can hunt new legendary animals, pick up some new clothing, and get a number of bonuses this week, Rockstar has announced.

To start with, two new species of Gator have been spotted by the Kamassa and Lannahechee River. Players who visit these locations have a chance to encounter the Legendary Teca Gator and Legendary Sun Gator. Returning samples of these creatures to Harriet will reward 50 percent bonus XP through August 10th. While players who hunt them down and bring their hide to Gus will get a new coat and special color variants of the O’Quinn Hat and Helsby Gloves.

In addition, Nauturalists can get a number of bonuses this week, including a free role accessory, outfit, or emote, a unique colorway of the Farnholme Double Bandolier, the Gila Monster Camp Flag, and a Treasure Map.

Finally, several new items have been added to the Wheeler, Rawson, and Co. Catalogue. The following items are now permanently available: