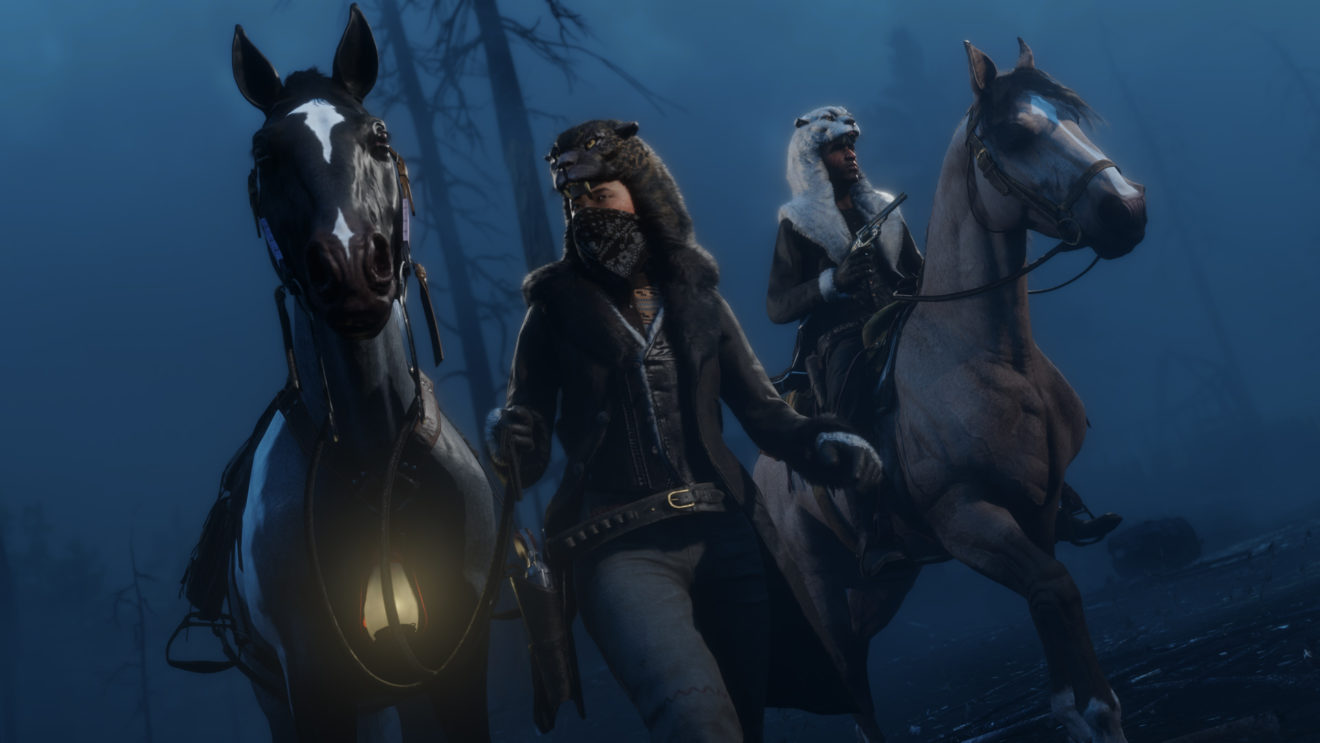 Red Dead Online players can take part in the new Dead of Night mode, hunt some legendary panthers, and pick up the Halloween Pass this week, Rockstar has announced.

Starting things off this week is the addition of a brand-new mode called Dead of Night. This new mode pits four teams in a fight for survival against each other and The Dead. Teams can score points by taking out The Dead, with more points on offer “for causing the demise of your rival players,” according to Rockstar. All players who complete a round of Dead of Night this week will earn triple rewards and a package that contains three Tomahawks, 10 Volatile Fire bottles, and 25 Incendiary Buckshot Slugs.

In addition to this new mode, Naturalists can hunt down the Nightwalker Panther near Bolger Glade and the Ghost Panther in Bluewater Marsh. Bringing the pelts of these panthers to Gus will unlock new Garment Sets for purchase.

Players can also purchase the Halloween Pass starting this week. From now through November 16th, players can work through 20 ranks to unlock Gothic décor for the Moonshine Bar, the Zavala Machete, the Painted Ram Mask for their horse, the Gallows Blindfold, and more. Finally, there are some free rewards available for ranking up, such as the Phantom Buck Horse Mask, an Advanced Camera filter, ammo parcels, and more. Read more about the pass over on Rockstar’s website.