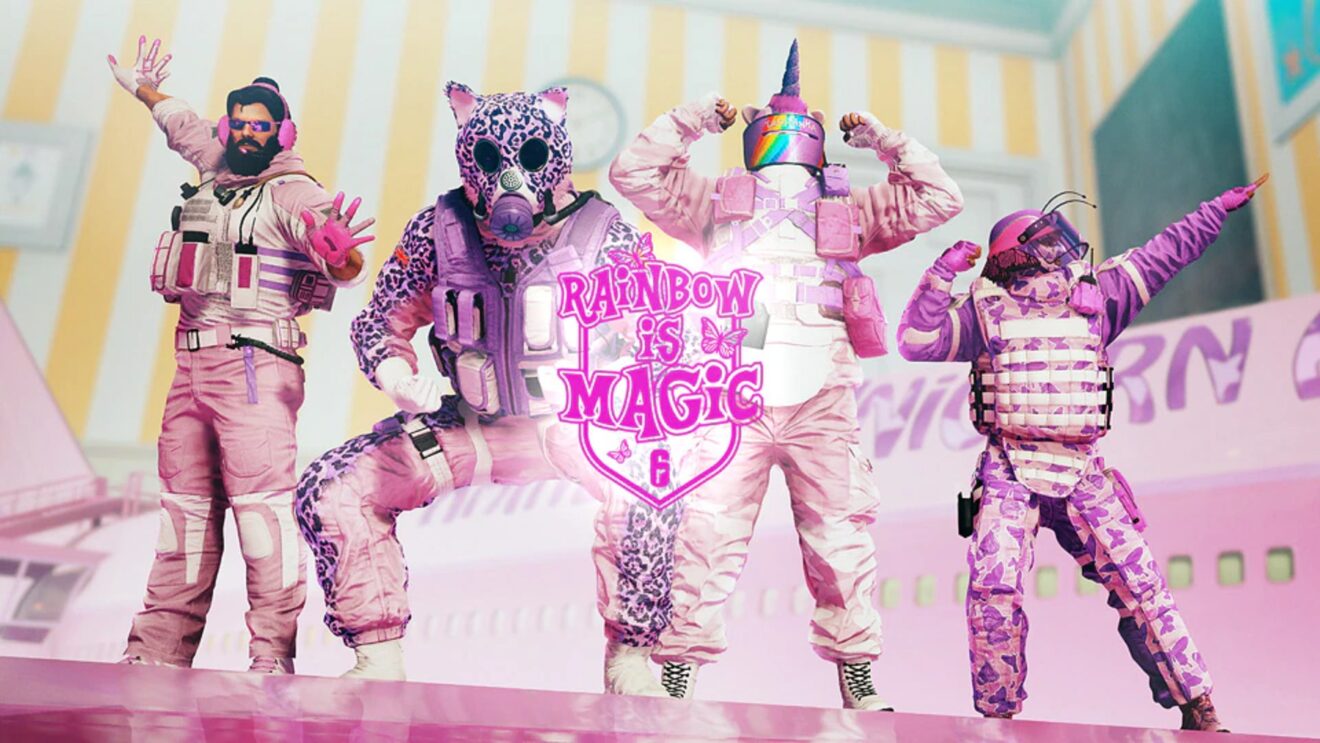 Rainbow Six Siege has brought back the Rainbow is Magic event for a limited time.

Players can once again take part in the Very Important Plushie mode to save the VIP Teddy Bear on a toy version of Airplane. Blackbeard, Montagne, Smoke, Tachanka, Ash, Thermite, Bandit, Frost, Castle, Kapkan, Sledge, Thatcher, and Recruit are available in the mode.

The Rainbow is Magic Collection Packs are also back for R6 Credits and Renown. These packs contain new outfits for Blackbeard, Montagne, Sledge and Tachanka, as well as a new whimsical weapon skin for Tachanka.

The Rainbow is Magic event comes to an end on April 6th.