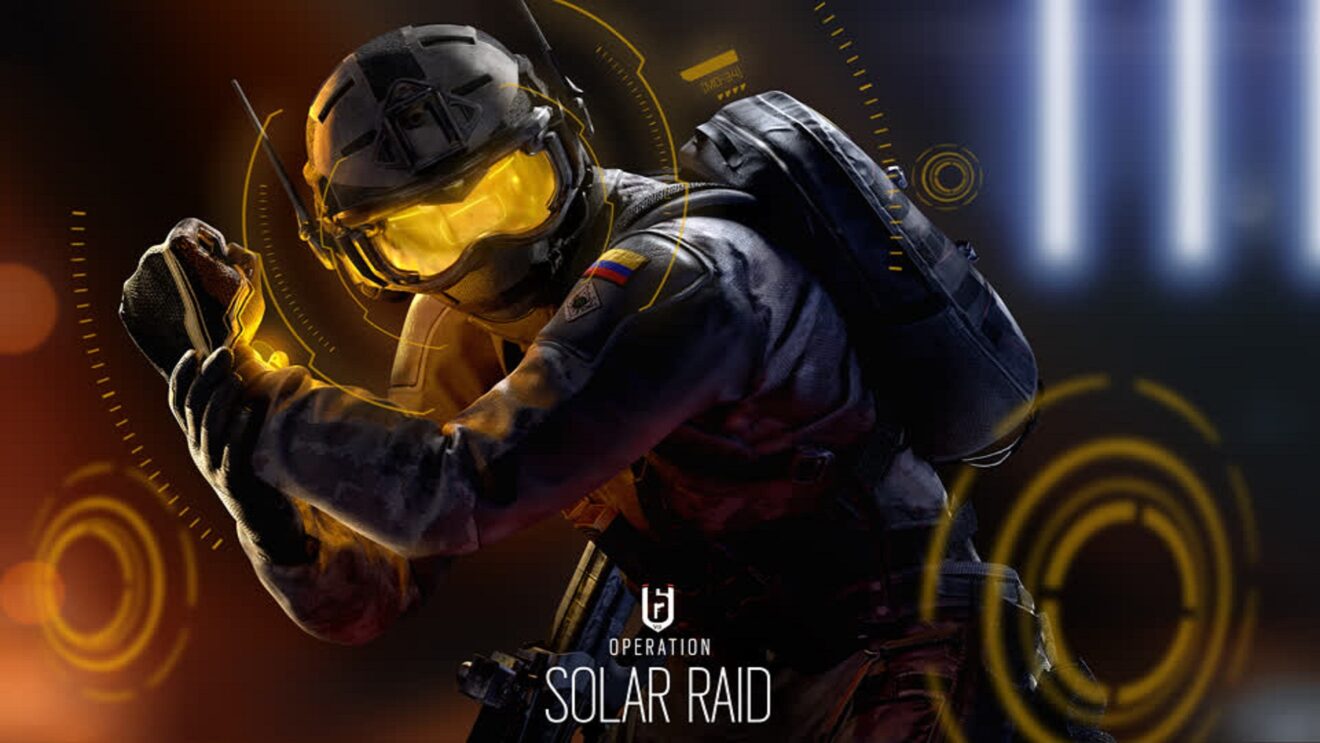 Operation Solar Raid brings with it the new Colombian Operator Solis. The Defender has access to the SPEC-IO Electro-Sensor gadget, which marks and pings any electronic devices being used by the opposing team. Solis is a medium-speed, medium-health Operator who can use the P90 or ITA 12L as a primary weapon and the SMG-11 as a secondary weapon.

The new Nighthaven Labs map has also been introduced in this update. The map will not be bannable during Operation Solar Raid and “features many access points, allowing for free navigational flows,” according to Ubisoft.

Additionally, the Reputation Score Display beta is now live, the Battle Pass has been revamped, and friendly fire has been removed from the preparation phase.