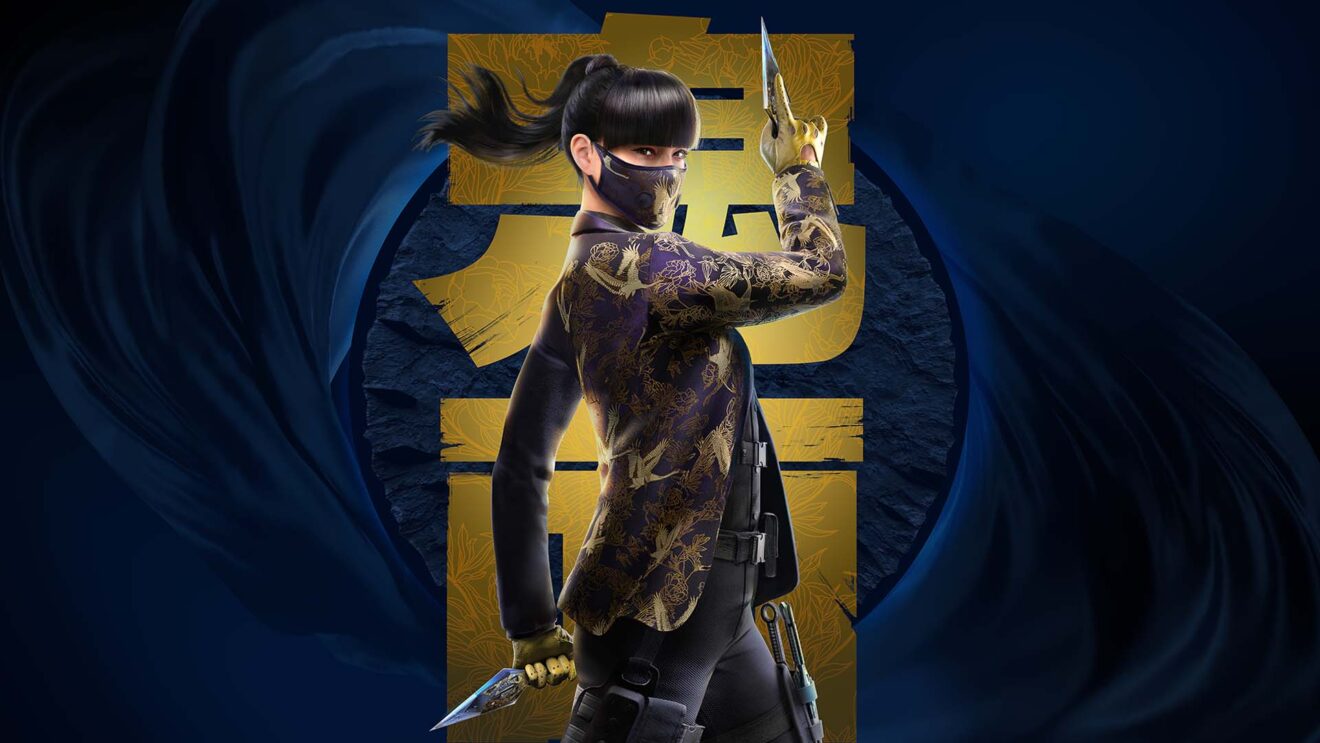 Kana “Azami” Fujiwara will be the latest addition to the Siege roster when Demon Veil launches, bringing her Kiba Barriers to the fight. These kunai–style throwing gadgets create circular, bulletproof walls where they, creating a ton of new angles and strategies. As a counter, players can blow up the walls with explosive gadgets or simply melee them. Keep in mind that the latter takes a bit longer and the cracks that show up in the Kiba Barriers can give away your position. As for Azami’s loadout, she can wield either the 9X19VSN submachine gun or the ACS12 shotgun as her primary, the D-50 as her secondary, and barbed wire or impact grenades as her gadget. She’s a 2-health, 2-speed op.

Azami isn’t the only newness coming to Siege with Demon Veil. Emerald Plains will be the first new map that Siege has received in three years. This fancy manor will offer a ton of verticality, fancy artwork, and a lot of variety in locations for firefights. Unfortunately, Emerald Plains isn’t launching until “later in the season.”

Demon Veil brings Team Deathmatch to Siege on a permanent basis. Players can play as whatever Operator they want, regardless of what team they’re on, and frag out for five minutes or until one team reaches 75 eliminations. You can only go outside for 10 second, respawns are enabled, and you can change Operators during the match.

Demon Veil also introduces huge gameplay changes, mainly in the form of Attacker Repick. While still in the prep phase, the Attacking team can change their Operators based on what they’ve discovered with their drones. This will give Attackers a way to level the playing field against the opposing team’s defensive strategy. Another big change, universal weapon sights for non-magnified sights, also launches with Demon Veil.

You can see the rest of the changes coming with Demon Veil in a handy trailer that Ubisoft put together. Rainbow Six Siege is available on Xbox One, PlayStation 4, and PC with upgrades available for Xbox Series X/S and PlayStation 5.