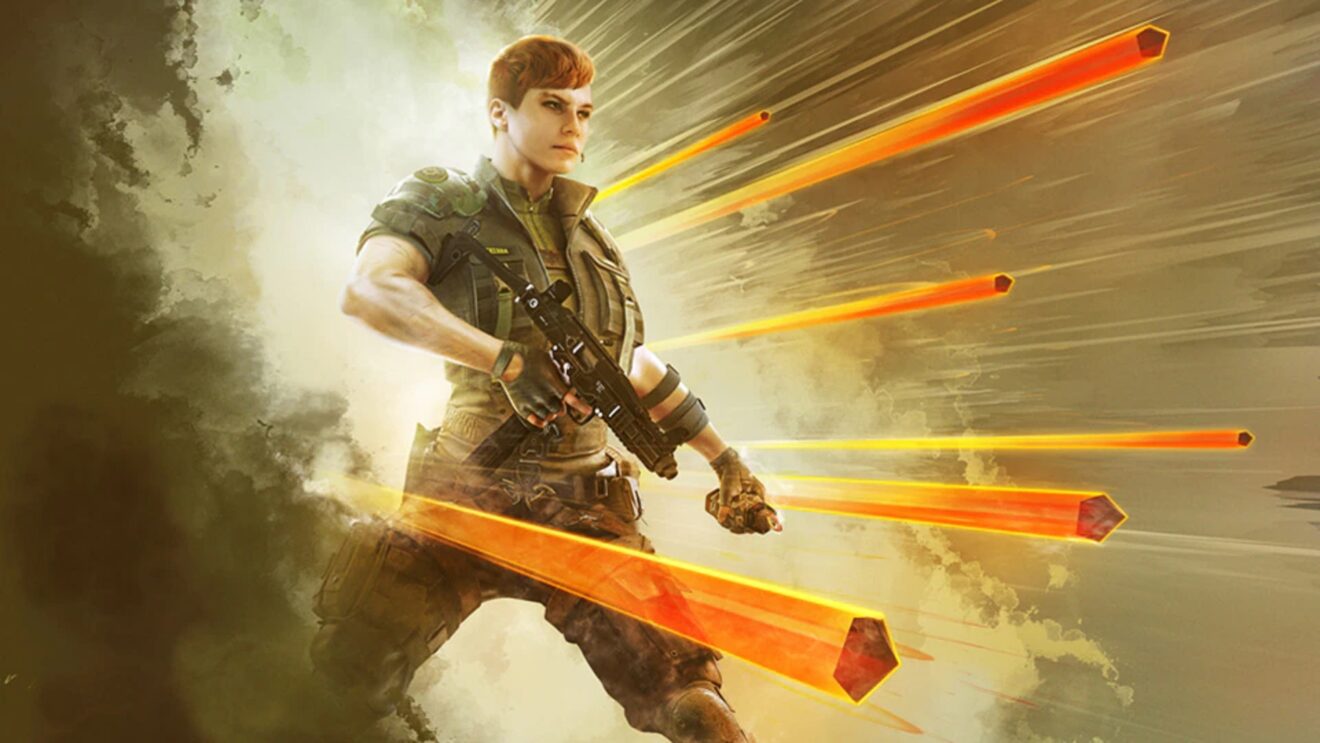 Known as High Calibre, the update will introduce Thorn as a new Defender. Thorn is a medium speed, medium armor Operator who has access to Razerbloom Shells, which are thrown proximity devices that detonate after a set time once triggered. Thorn can also use either the new UZK50Gi or the M870 as a primary weapon and the 1911 TACOPS or C75-AUTO as a secondary weapon.

Also on the way is a rework of the Outback map. The main building and its exterior have been modified to offer more options to attackers, new exterior soft walls have been added, and some areas have been cleaned up to provide better lines of sight.

Other changes include the option to choose team colors, a new HUD, an updated Streamer Mode, and a change to all drones and cameras that makes it so they only last a few seconds while outside.