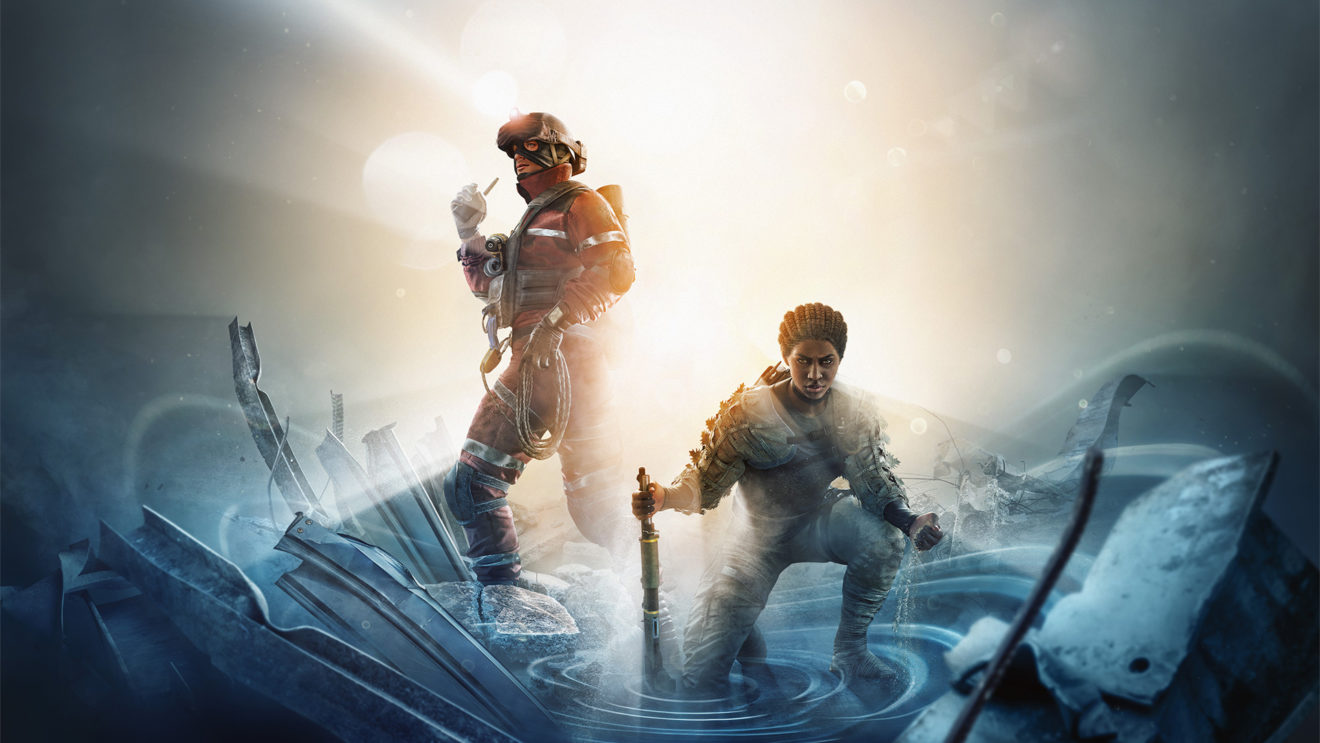 Ubsioft recently revealed everything that’s coming with its next major update, Operation Steel Wave, and not only is it adding two new Operators, but it’s finally making a concerted effort against cheaters, as well as giving House a renovation and introducing a new defensive gadget.

The two new Operators are the attacker Ace and the defender Melusi. Ace’s new gadget is a hard-breaching tool called the Selma that sequentially puts Hibana-sized holes in both reinforced and soft walls. Throw the S.E.L.M.A. on a reinforced wall, and it will drop down up to two more times, which can create a large enough opening for attackers to enter. You can also take out a soft hatch with one S.E.L.M.A. or a reinforced hatch with two. Defenders still have a ton of counters against this, including the normal counters you’d expect for a hard breacher like Bandit’s shock traps or Mute’s jammers. But since it’s a throwable, the S.E.L.M.A. can also be affected by Wamai and Jager. As far as weapons go, Ace is a two-speed op with the AK-12 (equipped with NATO sights, as opposed to Russian) or the M1014 shotgun and the P9 sidearm, as well as more breaching charges or smoke grenades.

Melusi is the new defender, and her Banshee devices both slow attackers and emit a loud hum when they’re within the device’s proximity. Unlike Lesion’s GRU mines or Ela’s concussive mines, the Banshee is large and easy to stop, but you have to either melee it or waste a grenade or equipment to destroy it. Melusi is a new three-speed Operator, which is surprising considering Ubisoft’s recent moves away from that playstyle, and she has either the T5 SMG or Super 90 shotgun as primaries, the RG15 as a sidearm, and either impact grenades or deployable cover as gadgets, leaning into the notion that she can work as either an anchor or roamer.

House has finally gotten a bit of a rework. The second floor now has a couple of new rooms, one of the garage doors has been closed, as has the main entrance, and the porch has now been turned into a music room. For the most part, though, it should still play like the old House.

Defenders are also getting a powerful new gadget in the form of the Proximity Alarm. This throwable device detects players within a fairly large radius and will beep when an attacker enters it. Attackers can shoot it and it doesn’t slow them down, unlike barbed wire, but it can be placed above windows and doors, as well as on ceilings and around corners. Ubisoft is testing it on both roamers and anchors like Cav and Mira respectively, which can make it both powerful and unpredictable in terms of which defender deployed it.

The only current Operator that’s getting a significant rework in Steel Wave is Amaru. Now, window barriers will break when Amaru is just about to breach, meaning she should have a larger element of surprise on her side when entering a site. More significantly, however, is her new ability to break hatches with her grappling hook. Instead of having to use her secondary shotgun to first take out hatches before grappling them, she can now do it in one fell swoop, making her much more potent and not as much of a meme selection for quickmatch and unranked.

Ranked players on PC should be happy to hear that that mode is getting a significant rework in an effort against cheaters. Players will now have to hit level 50 to play on Ranked, as opposed to 30, and will need to have played at least 100 games to hit that Champion rank, which should slow down cheaters from infiltrating the highest levels of play. The MMR is also getting a change, going from a regional rating to a universal rating, as a minority of players were abusing the system.

Overall, Operation Steel Wave seems to be getting a ton of new features and reworks without completely breaking the game with any of its new operators. It’s launching on test servers tomorrow, May 19th, on PC, though Ubisoft has yet to reveal a launch date for the update across all platforms.