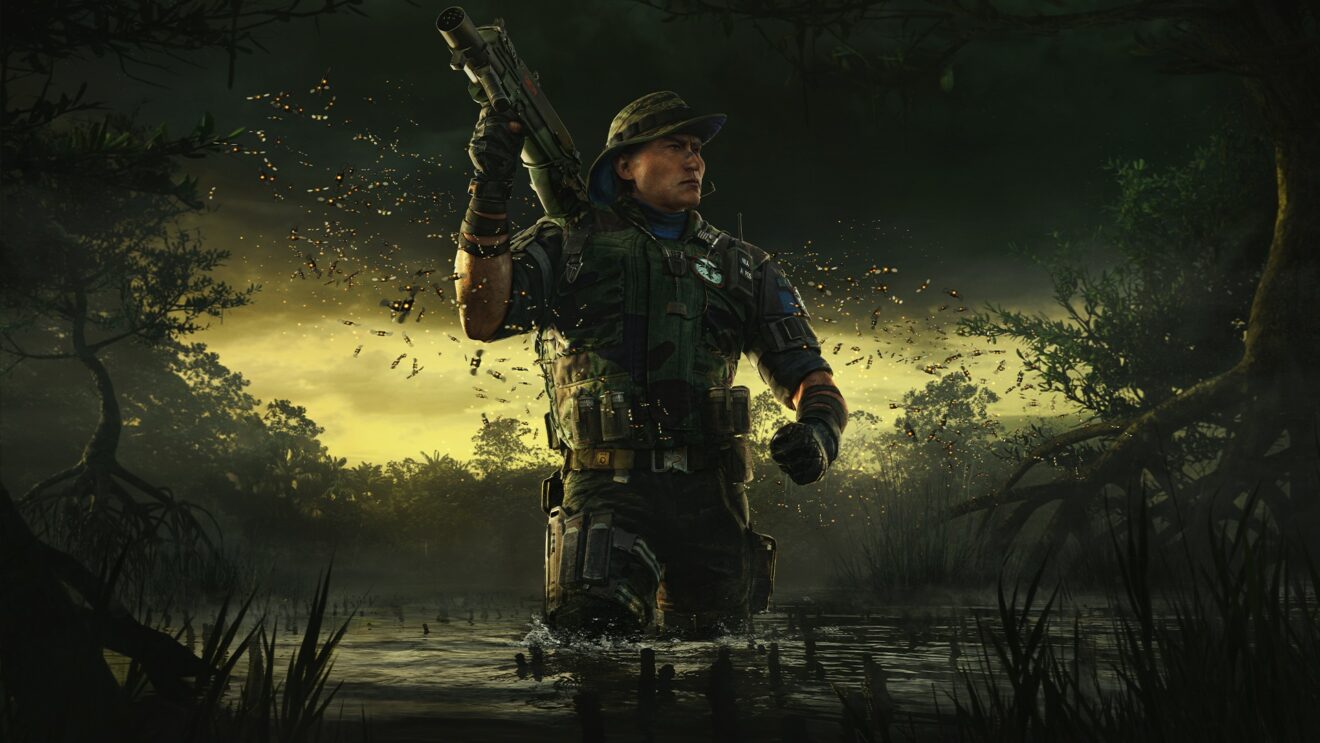 Ubisoft has unveiled the third season of Rainbow Six Siege’s seventh year, which is scheduled to go live on September 6th.

Operation Brutal Swam introduces the new Singaporean Operator Grim, who is an attacker with access to the Kawan Hive Launcher System gadget. This gadget “fires a projectile that deploys a canister on the floor and releases a swarm of bee bots.” Any Defenders who pass through the swarm will be pinged and also continue to be pinged until the battery of the bee bots runs out. Grim also has a 552 Commando or SG-CQB as a primary weapon and a P229 as a secondary weapon.

Also coming with this latest Operation is the return of the Stadium map from the Road to S.I. event. The map is now a permanent addition and has the new name of Stadium Bravo.

On top of this, players can report suspected cheaters from the Match Replay feature, the Map Ban phase now displays five maps instead of three, the recoil system is being overhauled, and Finka and LMGs are getting a balance pass.