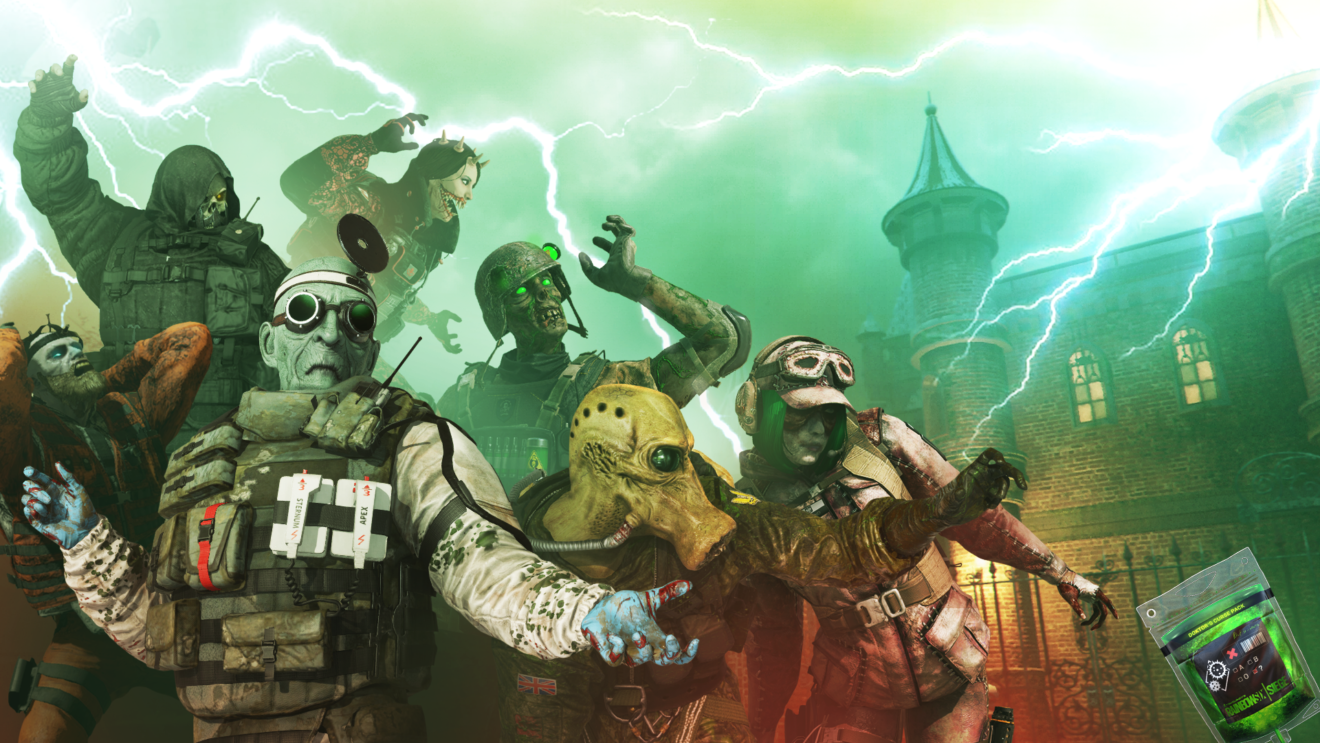 Ubisoft has kicked off the Doktor’s Curse Halloween event in Rainbow Six Siege, bringing with it an all-new game mode.

Until November 6th, players will be able to take part in the 5v5 Monster Hunt mode that takes place on a Frankenstein version of the Theme Park map. The mode splits players into two teams: Exterminators and the Monsters.

In addition to this new mode, five new skins will be available alongside new items for Doc, Bandit, Smoke, Kaplan, and more.

All players who log in before November 6th will be gifted one free Doktor’s Curse pack. Two more free packs are available for getting 20 kills while playing the Doktor’s Curse map and winning 13 rounds of Monster Hunt.