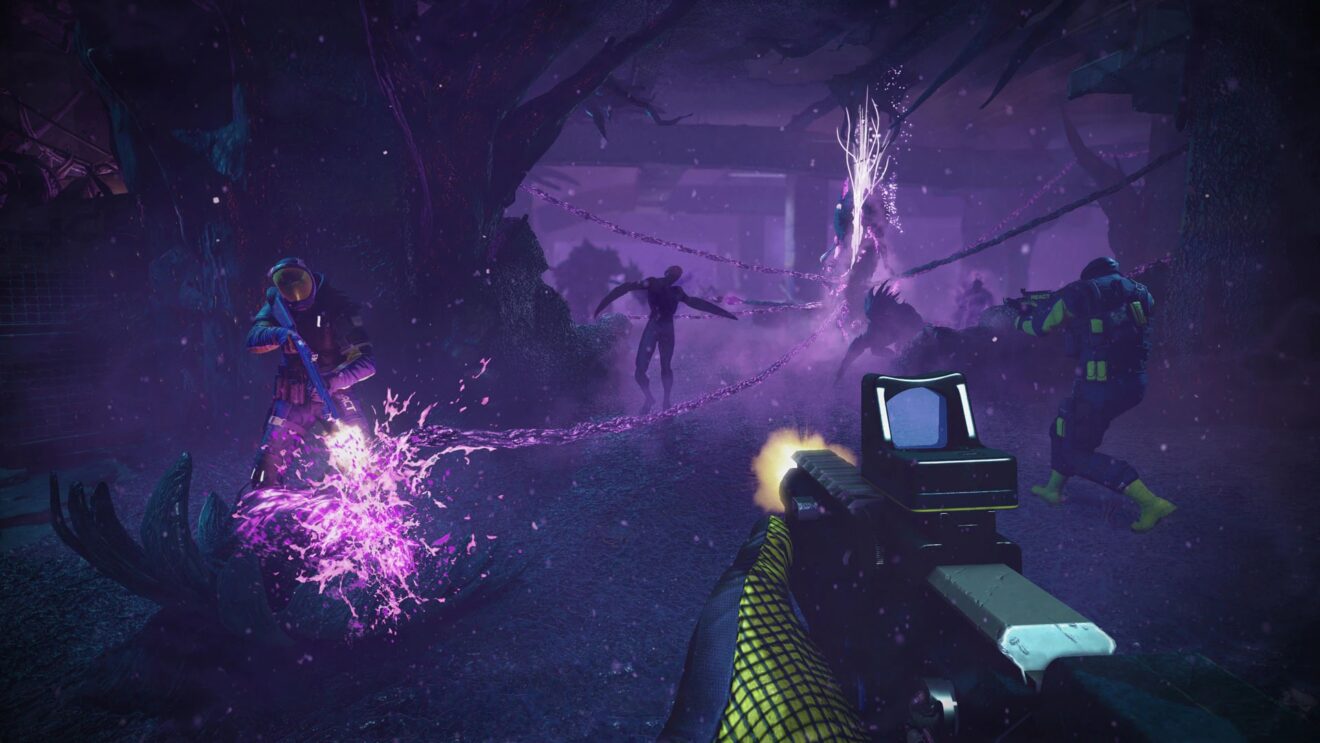 During this event, players will be exposed to a fog that increases Neurotoxin levels while exploring the Containment Zone. After reaching a certain exposure level, players will begin to experience “enemy hallucinations, disruptions that affect their vision, and deterioration that causes damage.” To fix this, players need to locate a Neurostim supply case that can temporarily remove a portion of the Neurotoxin level.

In addition to the Nightmare Fog, players can take on the new Protean Vigil Archæan enemy, complete four new Crisis Studies to unlock new cosmetics, and access the Rush Pistol REACT tech, which gives a speed boost and invulnerability for 15 seconds.

Finally, a Prestige system has been introduced that will allow players to progress their Operators that have reached level 10 to unlock new Icons, Uniforms, and Headgear. The new enemy, REACT Tech, and Prestige system are all permanent additions to the game.