Ubisoft’s co-op spin-off of Rainbow Six Siege has the characters, the gameplay, and the stakes it needs to become a success. But can it find the right audience?

I’m what you might call a Rainbow Six Siege lurker. I watch videos about it on YouTube, I catch competitive live streams when I can, and I genuinely consider it one of my favorite current first-person shooters. I love how the guns feel, the visual and mechanical design of the Operators, and the lore. Yes, the lore.

But despite all that, I almost never play it.

I‘d love to play Siege, I really would, but every time I somehow manage to convince my friends to give it another go, we’re pretty much immediately demoralized by the punishing gunplay, the intricate maps, and the ever-increasing complexity of strategically picking and utilizing the Operators successfully. To say that Siege is unforgiving to the casual fan, for someone who wants to sign on and have fun for a few rounds, is an understatement. The irony is, it’s that complexity and intricacy that makes it so special. If Ubisoft changed the game to make it more approachable for casuals, I might like playing it more, but it definitely wouldn’t be the game that I want to play.

In that way, Rainbow Six Extraction seems almost perfectly targeted to bring people like me back into the franchise. The spin-off based on Siege’s popular limited-time “Outbreak” mode gives players the opportunity to experience the tactical Rainbow Six fantasy—with the Operators, their gadgets, and some environmental destruction—in the slightly less pressure–filled environment of three–player co-op.

Extraction’s setup is simple enough, because it doesn’t need to be that complicated: A parasitic alien species has come to Earth and started spreading in several locations throughout the United States, like New York City and Alaska. A covert group named REACT, whose members include about a quarter of Siege’s roster, must infiltrate the areas where the parasite has established itself and do, you know, covert stuff. Some of the objectives include exfiltrating human captives, gathering intel from specific alien species by jabbing them with high-tech syringes, and triangulating satellite dishes for… probably a good reason, but I definitely don’t remember what it is.

While the specifics of why you’re doing something don’t seem to matter much in the grand scheme of Extraction, the actions you’ll perform to complete your objectives are generally varied and will determine what Operators and loadout you’ll want to have on hand. Eighteen of Siege’s 62 Operators will be available in Extraction at launch, and each of them already seems to gel nicely with the game’s overall design. You can, for instance, take defensive Operators like Tachanka or Ela on a mission that involves protecting timed explosives from an alien onslaught until you can successfully detonate them. Their gadgets seem built for slowing down a hoard. But you can also co-opt Siege’s Attackers, like Nomad or Gridlock, for similarly defensive purposes. Likewise, a Defender like Pulse actually works great as an offensive Operator in Extraction. His heartbeat sensor can detect enemies through walls, giving you more intel as you move through a level and locate objectives. Vigil’s cloaking device, meanwhile, makes him the absolute best Operator you can choose if you need to jab specific enemies with the aforementioned high-tech syringe.

Knowledge of and familiarity with the Operators and their tools aren’t the only ways that Siege players will be able to translate their prior experience to Extraction. Going into a mission in Extraction requires similar instincts to a round of Siege. Obviously, you won’t need to anticipate and mindgame any human opponents, but understanding how important reconnaissance is to the success of a mission will drastically increase your chance for survival. Even though you might be playing on a map you’ve already played on a dozen times, the difficulty level, the enemy types, the locations of the gunky parasitic sprawl, and the different objectives can add an extreme amount of variety and randomness to your experience.

Unlike Left 4 Dead, or even Siege’s own “Outbreak” mode, Extraction isn’t an entirely linear affair. Missions take place on levels that resemble Siege maps in how they give players multiple ways to approach any given situation. Because enemies can do a lot of damage in a short amount of time, stealthing through a mission is always preferred, and that requires planning—or at least some general knowledge of what’s lurking around the corner. The familiar remote-controlled drones can come in handy here, as can info-gathering Operators like Lion and IQ.

But even before you go into a mission, making sure you and your two teammates are picking Operators that will complement one another is a good idea, especially if you’re playing on a higher difficulty level. It’s also smart to talk about what kind of equipment (mainly grenades) and extra gear (like the drone, body armor, and ammo satchel) you want to bring, as you want to make sure there isn’t too much overlap. The operator Rook, for example, can drop body armor, so picking that as your gadget if you have a Rook on your team seems like a wasted choice.

Extraction isn’t the first co-op game I’ve played that asks me to make these kinds of decisions by committee, but it is the first one where they have consequences even at the easiest difficulty level. Sure, you can probably brute force your way through the first objective or two, but once you get to the third objective in a mission—when the enemies are most numerous and potent—you might be wishing you had a gadget or grenade that no one on your team thought to bring.

What makes these decisions so important is the one element that could give Extraction its longevity: the M.I.A. feature. As you play through the game with an Operator, you’ll level them up individually, unlocking new weapons, gear, and advanced functions for their gadgets. That last bonus can have the biggest impact on how you play. A Tachanka at the highest level, for instance, can deploy two mounted machine guns. Leveling up characters is essential if you want to play the game’s most challenging content, the 10-mission Maelstrom, so you’ll want to keep using your favorites. But if you die during a mission, the Operator you’re using goes M.I.A.. That means you can no longer use your leveled-up version of the character—unless you take on a rescue mission to save them.

I didn’t experience the full effects of losing an Operator during the preview event I attended, so it’s hard to say how much of an impact this will truly have on how people play the game. I could see it having the opposite effect of what the designers intended—making me want to stop playing if I lose my favorite Operator. But, if a game like Hunt: Showdown is any indication, the M.I.A. feature could be the kind of risk-reward element that gives Extraction the stakes it needs to set itself apart.

While Extraction definitely isn’t meant to replace Siege in any way, Ubisoft probably wouldn’t mind if fans that have drifted away from that game came back to once again play with the Operators they love in a different setting. Being able to lose an Operator by making a bad move or planning poorly will definitely get your adrenaline pumping in the same way a Siege match might, but you don’t have to worry about stacking up against other players that might outmatch you. In Extraction, you only have to worry about yourself and your teammates.

That’s where I can see Extraction running into some trouble. If you want to get the most out of this game, you’ll have to play with three people, and my experiences with two random teammates during the hands-on preview were mixed, to say the least. Even with mostly open comms, playing with two strangers was definitely hit or miss. Teammates going down or immediately alerting enemies got old fast, and made it impossible to try playing on any difficulty level other than the most casual. I’m all for letting people play games however they want, but at a certain point I would expect players who are jumping into an experience like Extraction to want to take it seriously and plan accordingly.

Then again, when I was playing with teammates who were all communicating—playing patiently but also making moves and hitting their shots—Extraction felt wildly satisfying. Maybe not quite as satisfying as clutching the final round of an intense ranked match in Siege, but definitely more consistent in boosting my adrenaline. Pushing yourself into higher difficulty levels and eventually taking on the Maelstrom is where Extraction’s progression system will really pay off, and having a full squad with that same goal in mind, who are all making the same moves and coordinating well, should be its own reward.

The co-op experience is where most of my questions and concerns stem from when it comes to Extraction, even after playing the game for four hours. If my friends aren’t around, how will the game match me with the right players? How will the player base compare to Siege’s with regard to toxicity? How much will that make or break the experience for me? I know that I’ll have a good time if I play with friends, but will this be a game I can convince my friends to buy, let alone play regularly? Considering the narrative is limited to brief cutscenes and extracurricular text, will the gameplay loop be enough to keep them invested?

I can’t answer these questions after a four-hour preview event. Assuming I can use the game’s Buddy Pass to convince my friends to play a spin-off of a game that already burned them so many times in the first place, I might still not be able to answer these questions months after the game launches. Or ever. But what I can say is that Rainbow Six Extraction does everything it possibly can to appeal directly to Siege lurkers like myself. It’s got the characters, it’s got the gameplay, it’s got the stakes, and I don’t have to worry about getting spawn–peeked by a smurf account or a cheater.

Whether or not the game will find the right audience, we’ll have to wait and see. 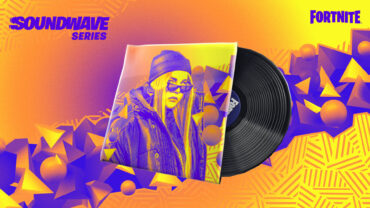