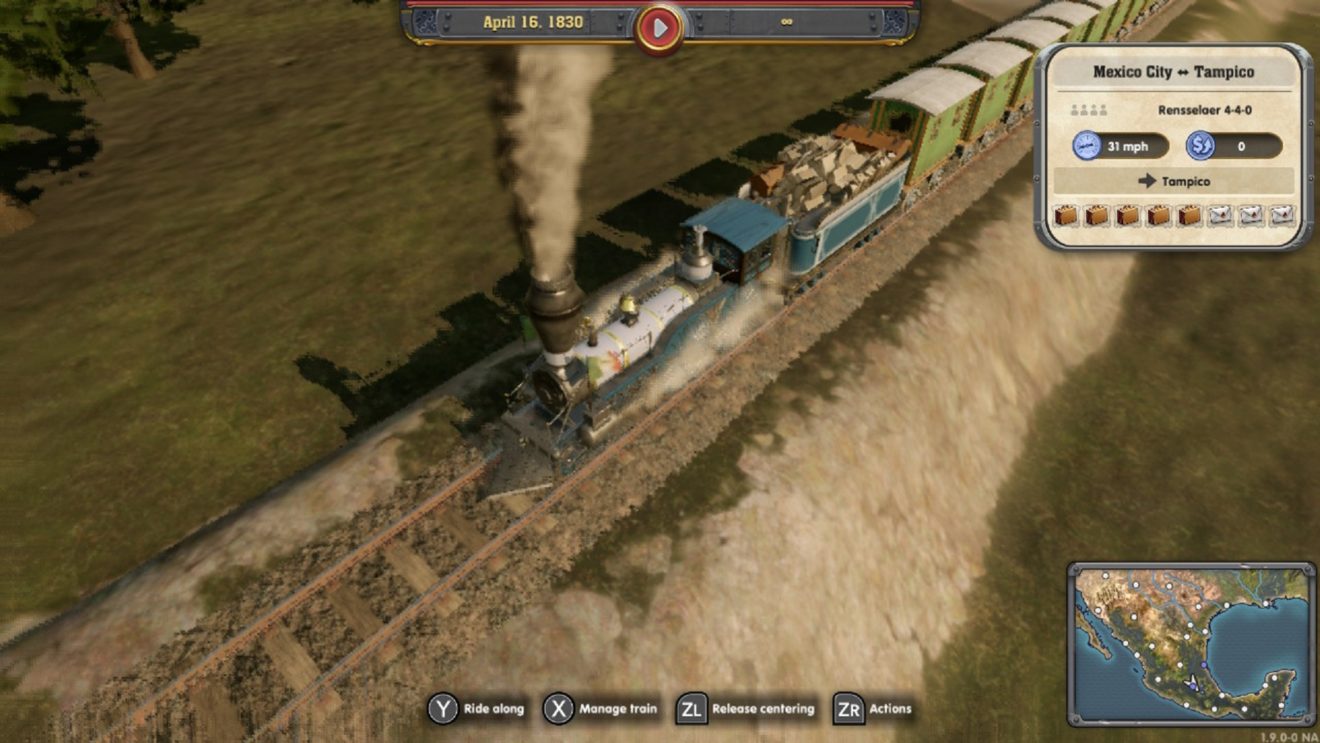 Railway Empire is now coming to Nintendo Switch in June

The game was originally given a March 27th release date but ended up being delayed indefinitely due to the coronavirus.

Nintendo Switch owners will be getting the main game and all additional improvements made to other platforms since launch, as well as the Mexico, Crossing the Andes, and The Great Lakes DLCs. The Germany, France, and Great Britain & Ireland DLCs will also be available to purchase separately from launch via the eShop.

The game tasks players with creating and managing a rail network by purchasing trains, building stations, hiring workers, and developing new technologies. In addition to managing their network, players will have to deal with rival companies by sabotaging them through bandit raids and industrial espionage.

Railway Empire is available now on Xbox One, PlayStation 4, and PC.