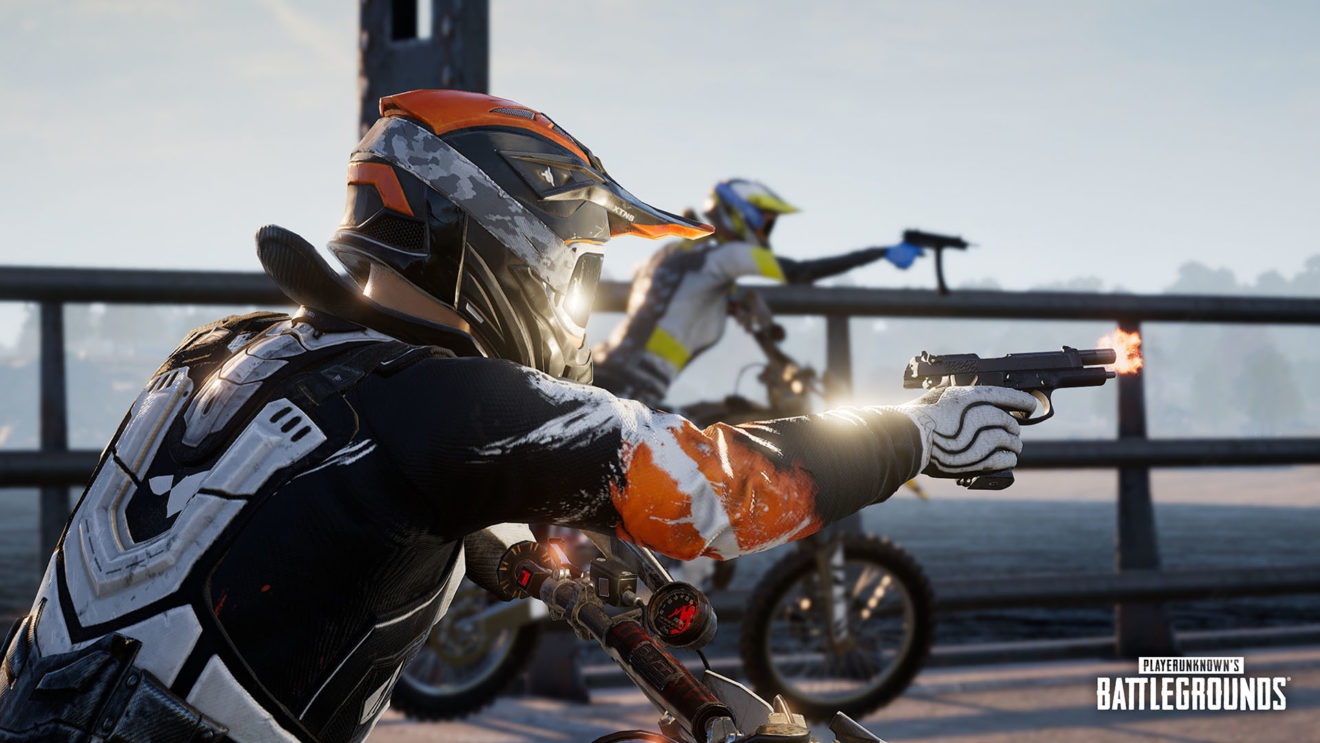 PUBG Corp. has pushed a new update to PlayerUnknown’s Battlegrounds’ PC test server that introduces a new vehicle to the game.

Update 9.2 will let players jump on a single-seater dirt bike on all maps, except Karakin, that replaces 50 percent of the existing bike spawns. The dirt bike has “its own independent clutch system to rev the engine, improved suspension for offroading, and some other fun features,” according to the developer.

In addition to the dirt bike, PUBG Corp is finally allowing players to shoot while driving all vehicles, with the exception of boats and BRDM. Following the update, vehicle drivers will be able to fire a sidearm while maintaining control of the vehicle. However, vehicle steering input will slightly decrease when reloading.

Other changes include a vehicle aiming overhaul, sidearm balance adjustments, and a new type of battle pass called the Battle Bride Pass. This new pass only has 15 premium levels and contains some of Sadiya’s iconic skins from the motion comics.