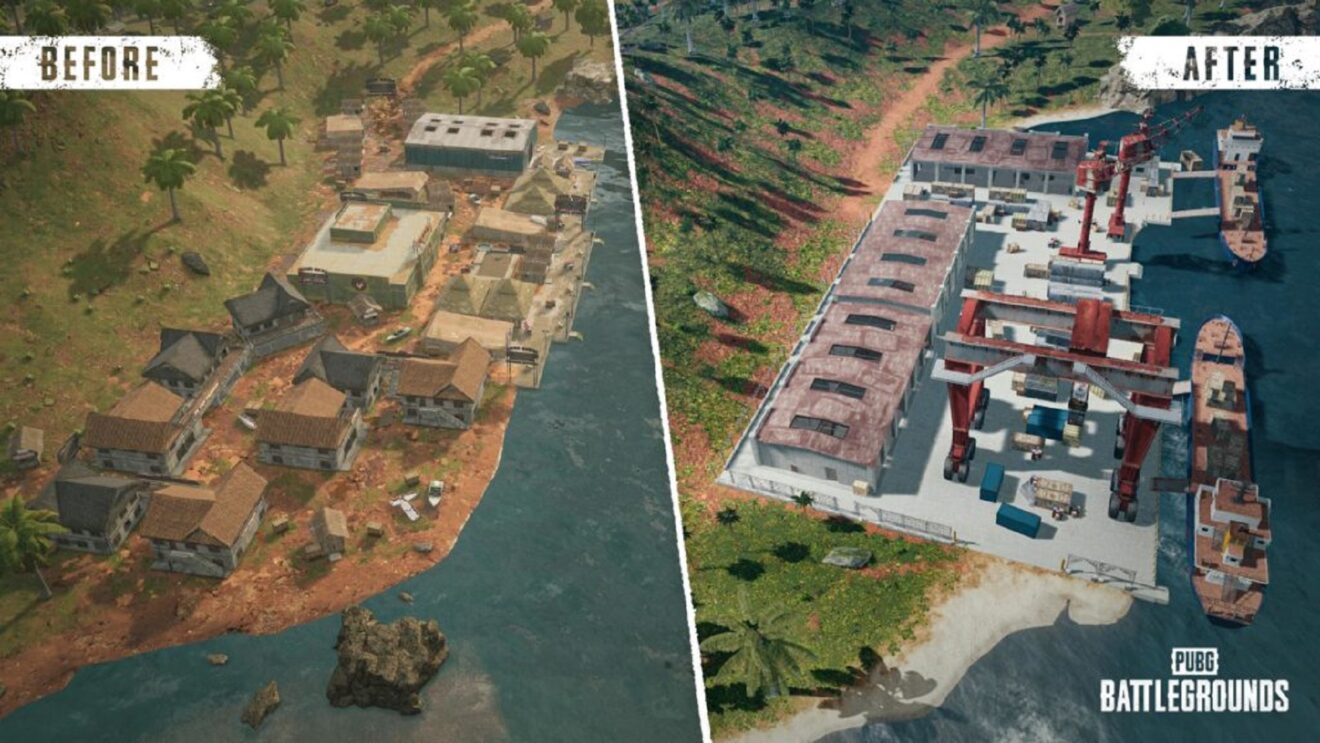 PUBG: Battlegrounds players on console can now return to the original Sanhok

Krafton has delivered the 17.1 update for PUBG: Battlegrounds on PlayStation and Xbox.

The highlight of this update is the return of the original design for Sanhok, including “Bootcamp’s lobster-shaped building, Docks, Ruins, Quarry and the original jungle theme.” Krafton has also removed the Jammer Pack, Decoy Grenade, and Loot Truck from the map.

“Both big and small changes were made to the overgrown paradise throughout many past updates with the efforts of creating balanced gameplay and an even better map theme, but our continuous monitor of our players’ voices has made us realize the reworked Sanhok was not producing the anticipated, positive gameplay experience,” the developer explained.

“Therefore, even if it is undeniably sad to say goodbye to a longtime feature, we have decided to revert Sanhok to its original appearance and work on making it better by starting from the very beginning. We are of course continuously discussing various methods on improving Sanhok moving forward.”

Update 17.1 also introduces the ACE32 7.62mm assault rifle on all maps, kicks off a new ranked season, and adjusts the Tactical Pack to make it no longer able to store other Tactical Gear, such as the Drone, EMT Gear, and Spotter Scope. Take a look at the full patch notes here.