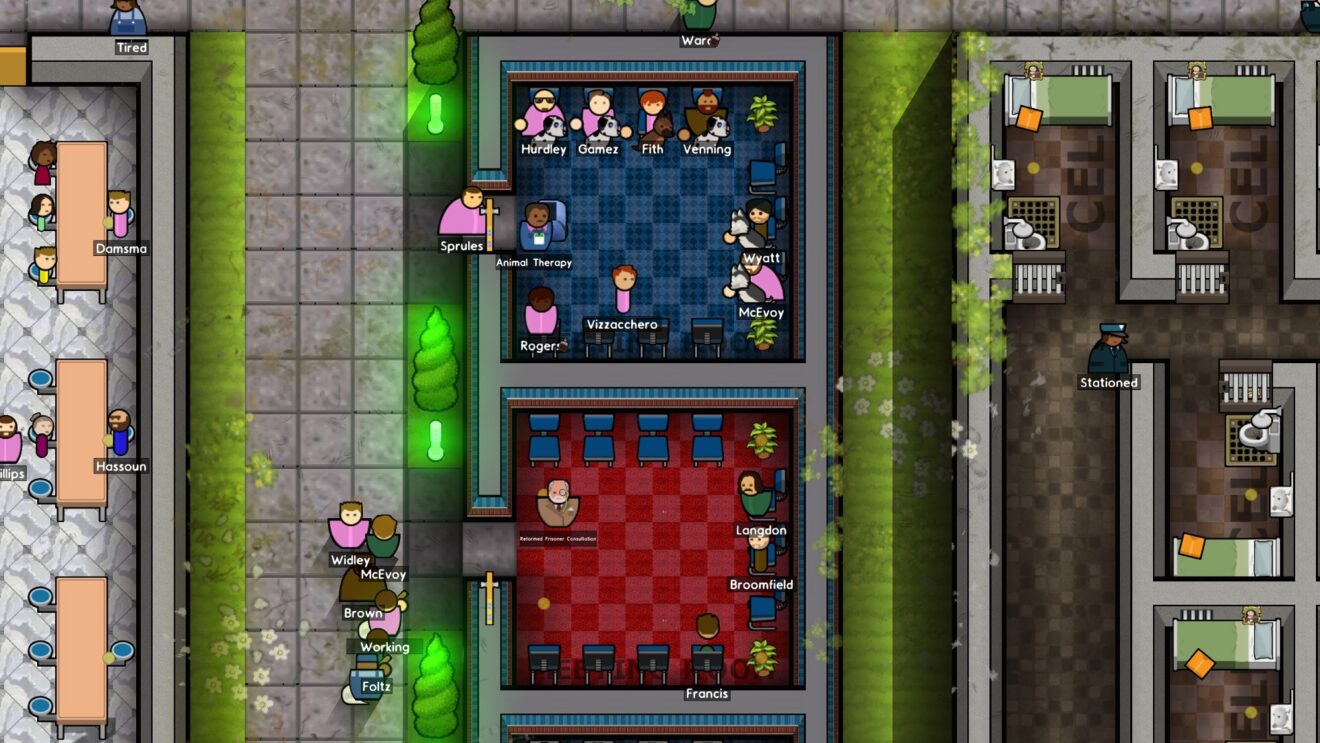 By using these classes, prisoners can have their sentences reduced. However, there’s also a chance that sentences can be increased based on behavior and if an early release prisoner reoffends, then players will be fined.

A new update has also been released alongside the expansion that gives players more control of prisoner intake and introduces the Narcotics Search, which has K-9 units and their handlers search for drugs.

Prison Architect: Second Chances is available now on PlayStation 4, Xbox One, and PC for $5.99.