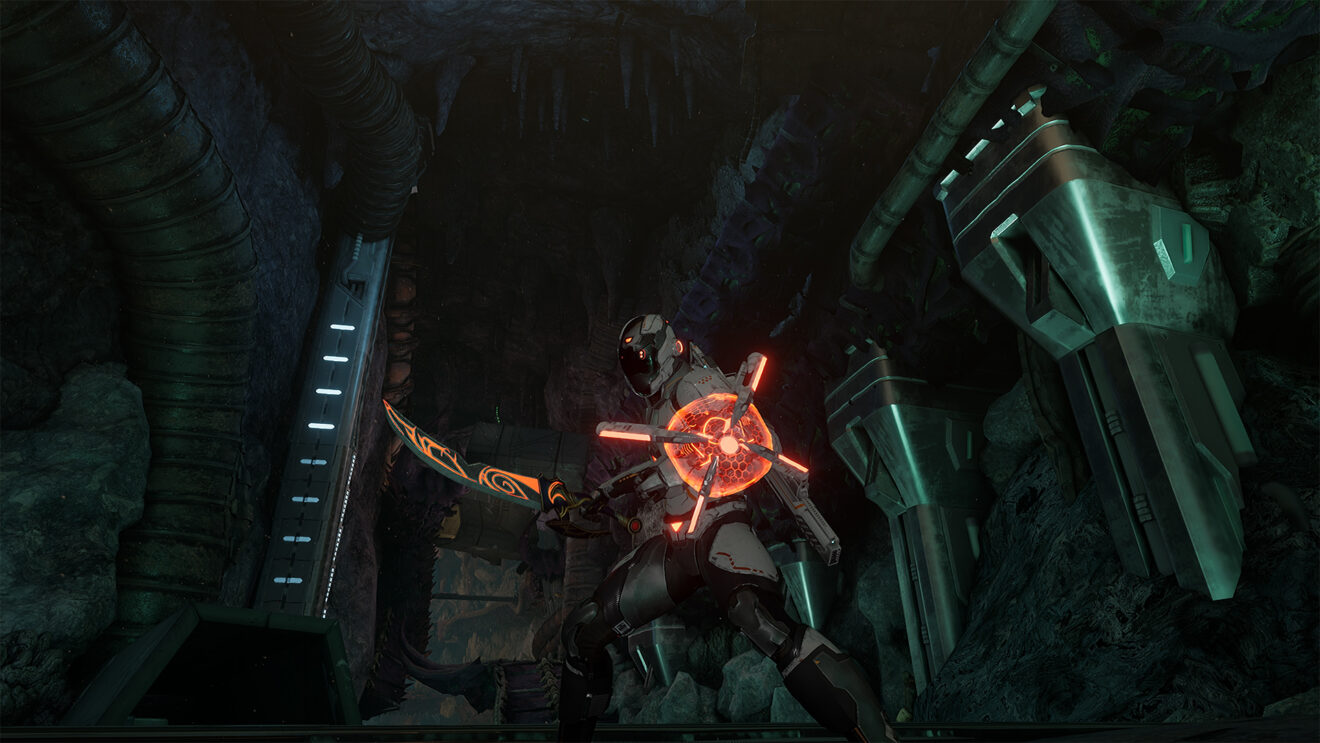 With Koch Media’s announcement of a new publishing label, Prime Matter, the company invited us to a virtual showcase of 12 debut titles that will launch under the banner in the coming years—a veritable Koch binge. While you can get a more in-depth look at the lineup during this week’s Koch Primetime event (streaming Friday, June 11th at 12 p.m. PT as part of Summer Game Fest) I thought I’d run through every Prime Matter game I got a chance to see, ranked from least to most exciting.

Please remember that this list is entirely personal, which means it’s super subjective. Since your own tastes are no doubt infer— uh, different from mine, you should check out all dozen games for yourself. Maybe something I didn’t love will strike your fancy.

No offense to King’s Bounty II, but we already knew it was coming, we just thought it’d be under the Deep Silver label. Pretty much all the Prime Matter announcement means is that there will be a slightly different logo on the box and when you boot it up. Still, pretty exciting for fans of the turn-based tactical RPG that they’re getting a sequel after 21 damn years.

Payday 3 is already a known project, but it also loses points for being more theoretical than real at this point. Still, I’m excited to see what Starbreeze can do with its heist shooter given the advances in technology since the last game arrived back in 2013. One caveat, though, is that the game will be running on Unreal Engine 4, not 5. That’s a bit surprising considering how far off this one is, with a planned 2023 launch. Hopefully the concept art above can tide you over until then.

As much as I enjoyed what I saw of Dolmen, it’s also losing points by virtue of not really being a new announcement. This game from Brazillian developer Massive Work Studio started out as a self-published PC title on Kickstarter, but thanks to the publishing support of Prime Matter, it’s now coming to consoles as well when it launches next year. The game may wear some of its influences—H.P. Lovecraft, H.R. Giger, Dead Space, Dark Souls—on its sleeve, but it still looks like a slick, exciting, and unsettling combination of those ideas. It gives off the vibe of a small passion project supersized by big label funding, and I’m excited to dive in.

If Dolmen wears its influences on its sleeve, Encased doesn’t have any sleeves at all. It’s just sitting there in a tank top, putting its “I Heart Fallout 1 and 2” tattoo on full display to the world. But that’s okay, because those were phenomenal games, and it’s exciting to see a new studio grabbing for the mantle. The premise and setting are a bit different—Encased imagines a 1976 world where humanity discovers a dome full of advanced technology and secrets—but the vibe and sense of humor look like it could be a true successor to the legacy Fallout left behind when Bethesda took it 3D. Here’s hoping Dark Crystal Games can deliver. The only thing holding it back on the list is that it’s also not a new announcement; early chapters are already out in Steam Early Access.

Final Form might turn out to be decent, but I was spooked by the sheer number of buzzwords Prime Matter served up when announcing it. Here’s the pitch: “A new definer within the FPS category where players can fully customise their Valkyrie’s skills and premium looks, team up with fellow robotic saviors in an escalating dance of movement and combat against an unknown enemy force in a post-cyberpunk universe.” I have questions. What is “post-cyberpunk”? Does “premium looks” mean they’re already planning to sell skins before we’ve even seen more than a few seconds of the game in action? The brief glimpse at the actual shooting looks neat enough, but I’m reserving judgment until then.

Of the games Prime Matter showed me, The Last Oricru had one of the meatier demos, and I’ll admit that this action RPG’s focus on emergent storytelling is intriguing. So is the universe—a mysterious mix of medieval and advanced sci-fi technology. But I’ve been burned too many times by RPGs telling me that an ambitious branching storyline is going to make every choice feel significant and every playthrough feel different. If The Last Oricru can deliver on all that, it may stand out from the crowd. If not, I suspect it’ll end up being another forgotten game where the hundreds of little decisions weren’t as impactful or interesting as they should’ve been.

Trust me, Painkiller would be higher on the list if Prime Matter had literally anything to show of it. The fast-paced first-person shooter remains a classic of the genre, but for now, all we know about this revival is that it’s coming and that—per a single, solitary screenshot we don’t even have to show you right now—there will be a demonic statue with some candles around it. Hopefully that’s not a spoiler!

I never played either of the original Gungraves, nor am I much of an anime dude. (I honestly tried to read the Wikipedia plot synopsis for the first game just now and my eyes glazed over.) But from the little I know about the series—dormant since the mid-2000s—the third-person shooting and non-stop action take pride of place, and I think I can get on board with that. The concept trailer we saw included a dude’s torso turning into a picture window and another’s head being flipped around the wrong way. If the actual gameplay can match that, you should be in for a good, gory time.

I’m a sucker for a horror game with a twist, and The Chant looks like it might be just that. Set at a spiritual retreat on an island in the Pacific Northwest, the game eschews guns and knives in favor of more spiritual ways of fighting back. Based on my early glimpse at the game, it appears that these occult weapons will offer both melee and ranged options, so here’s hoping they feel meaningfully different from standard weapons through some clever gameplay design. Frankly, I’ve thought a lot of this New Age stuff is creepy for a long time, so it’s good to see a game that agrees. If I get to shove a crystal into a monster’s eyeball, I’ll be happy.

I’m not much of a real-time strategy guy, so I’m as surprised as you are to see one ranked so high on the list. But Crossfire: Legion looks like a slick take on the genre that calls to mind the Command & Conquer: Red Alert games (which was actually the last time I made a serious effort to get into an RTS). With units powered by the near-futuristic but relatively grounded tech of the Crossfire series, developer Blackbird Interactive seems to be putting its vast experience in the genre to good use.

2. Echoes of the End

When the trailer for Echoes of the End started, I was a bit worried it was out of place in the Prime Matter lineup. The 2D-animated cutscene we saw looked nice, but the vibe was more in line with an indie showcase than self-styled “premium” releases. Then the actual in-game footage kicked off, and wow. Turns out, you really can tell the difference when a game is running on Unreal Engine 5. The gameplay details on this third-person fantasy action game are a bit fuzzy, but Icelandic developer Myrkur game has certainly captured, in stunning detail, the likeness of Aldís Amah Hamilton (from The Valhalla Murders on Netflix). If nothing else, it’s the game in Prime Matter’s lineup that proves the label will successfully imprison the souls of actors inside a machine.

Scars Above definitely looks like the most ambitious title in Prime Matter’s debut lineup, at least among those that had real gameplay to show off. This third-person action adventure game places you in the role of Kate Ward, a scientist and astronaut exploring an alien planet full of hostile creatures—and if that doesn’t sound too inspired, well, it’s quite nice once you see it in action.  The combat looks fluid, the weapons pack a punch, and one of the puzzles shown involved exploring an alien’s central nervous system, which is weird in a great way. If the gameplay feels as solid as it looks and developer Mad Head Games can make the exploration meaningful, Scars Above could be one to watch out for.

Josh Harmon
Josh picked up a controller when he was 3 years old and hasn’t looked back since. This has made him particularly vulnerable to attacks from behind. He fell in love with EGM during the Dan Hsu era, so joining the magazine as an intern way back in 2012 felt like a dream come true. Now, as Editorial Director, he’s excited to lead EGM somewhere new.
Share
Post tagsPrime Matter