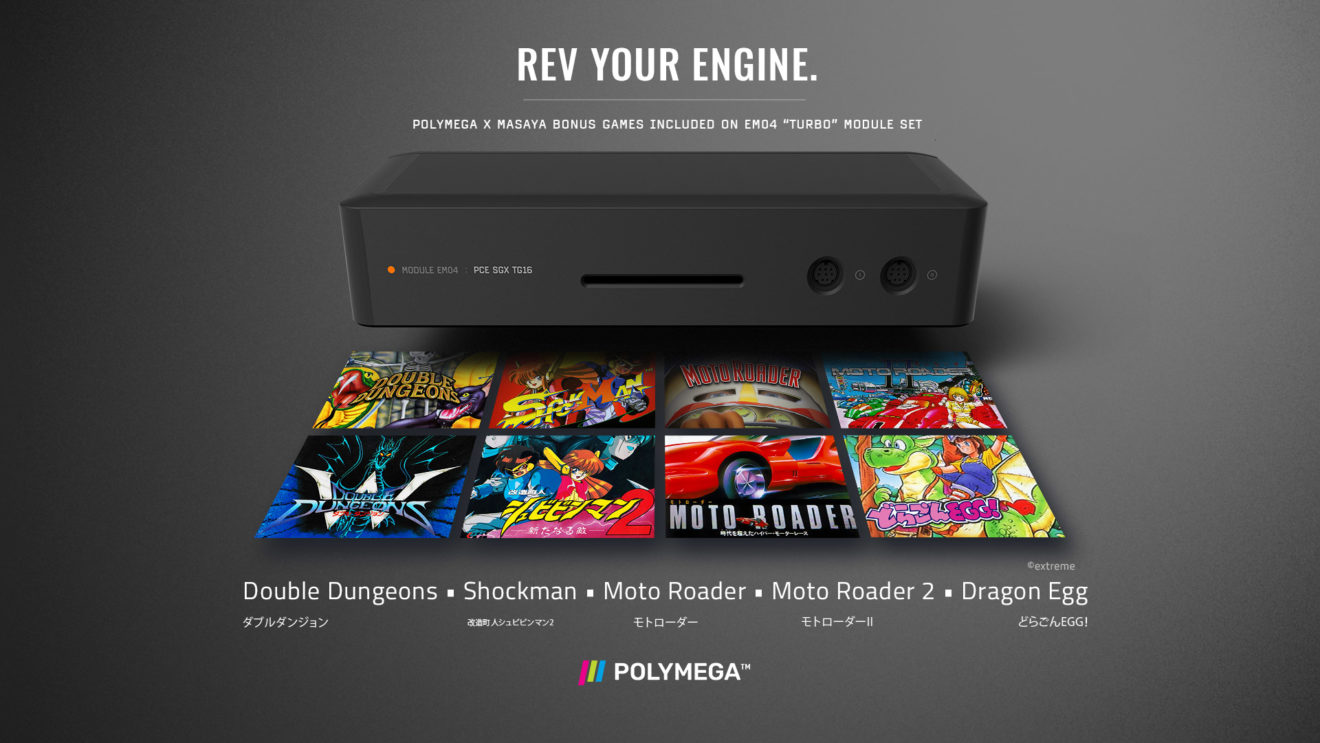 In words I never thought I’d be writing in the year 2019, the battle to get Turbografx-16 games into the hands of players is heating up even more. Today, Playmaji Inc.—the company behind the upcoming modular retro console the Polymega—announced that its Turbografx-16 module would be coming with five officially-licensed pack-in games.

One of the main concepts behind the Polymega is that modules can be added to the base portion of the system that are dedicated to specific retro consoles. So, for example, the EM04 “Turbo” Element Module Set will allow for the playing of Turbografx-16 and PC-Engine games, along with support for those systems’ original controllers.

With this announcement, those purchasing the EM04 will receive installed copies of the following five games:

“We’re huge fans of the TurboGrafx-16/PCE,” said Playmaji Inc. co-founder and CEO Bryan Bernal as part of the announcement. “It’s exciting to share with players a great new way to explore this wonderfully underrated system through five great classic digital pack-in games as part of our partnership with Japan-based extreme Co.,LTD and the Masaya Games brand.”

It’s hard not to see this announcement as a bit of a shot across the bow of the Turbografx-16 Mini, but it’s also hard to be upset if that’s indeed the case—because, really, the more we get of that shamefully under-appreciated system, the better.