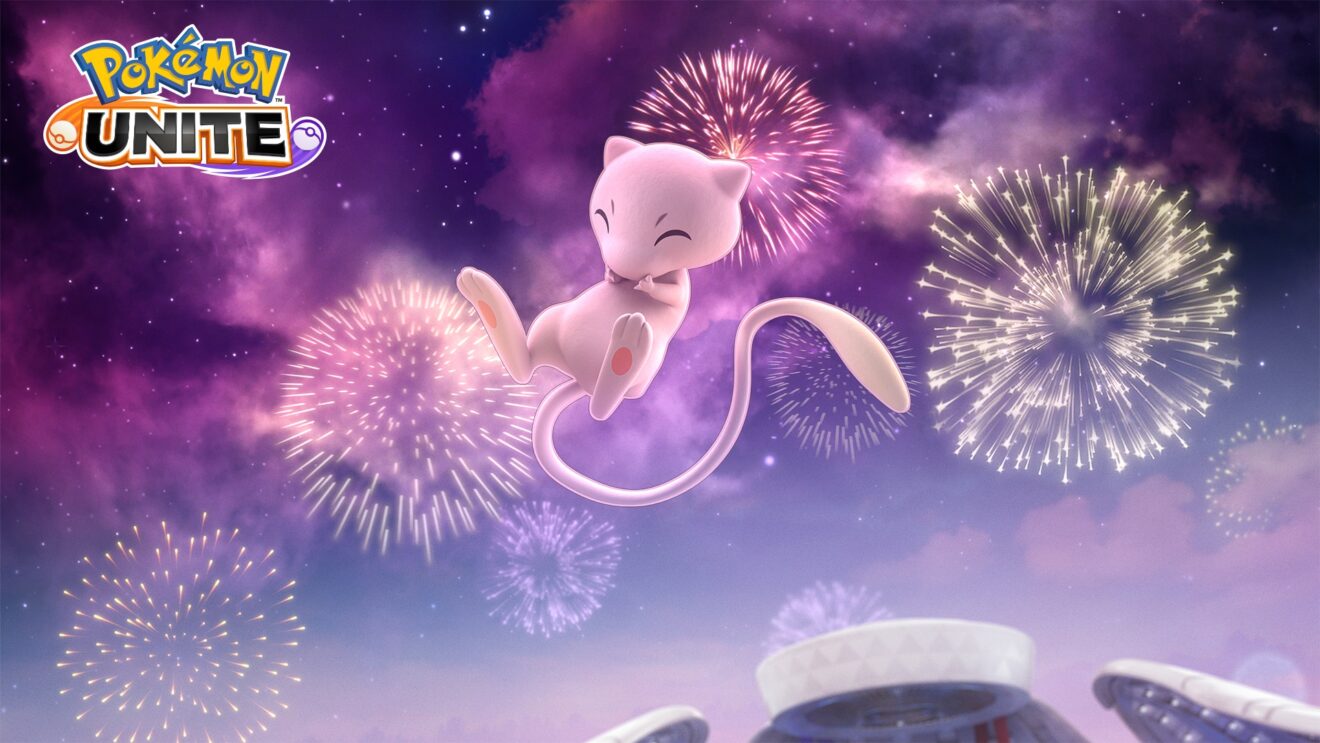 The Pokémon Company has revealed the third part of its 1st Anniversary Event roadmap for Pokémon Unite.

Things get started on September 2nd with the introduction of the mythical Pokémon Mew to the game’s roster. Also arriving on the same day are the Mew’s Mural Challenge and the new Theia Sky Ruins map, which will be available in both Ranked and Standard matches.

Shortly after that on September 9th, the Legacy Trainer Showdown begins. Players can go up against classic Pokémon trainers who are led by the Galar region Champion, Leon.