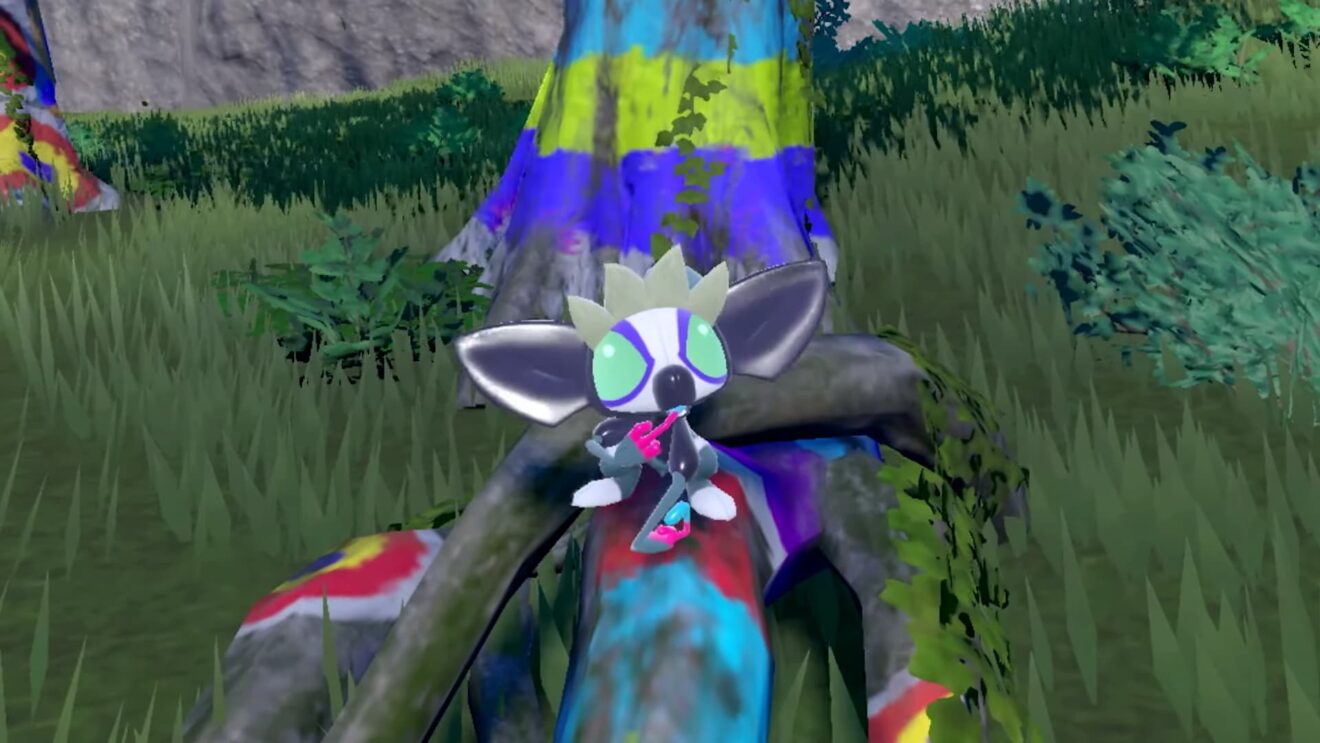 The latest addition to Pokémon Scarlet and Violet‘s list of known catchables is Grafaiai, a Toxic Monkey Pokémon that makes a creepy sound and has a propensity for painting graffiti on nature.

Starting with a nature doc teased that showed Grafaiai in the wild, The Pokémon Company followed up with a look at Grafaiai in action.

According to the initial tease, the color of Grafaiai’s markings depends on the color of the berries that it eats. More relevant to gameplay, the latter trailer revealed that Grafaiai is a Poison/Normal Type can unleash Unburden and Poison Touch on its opponents in battle.