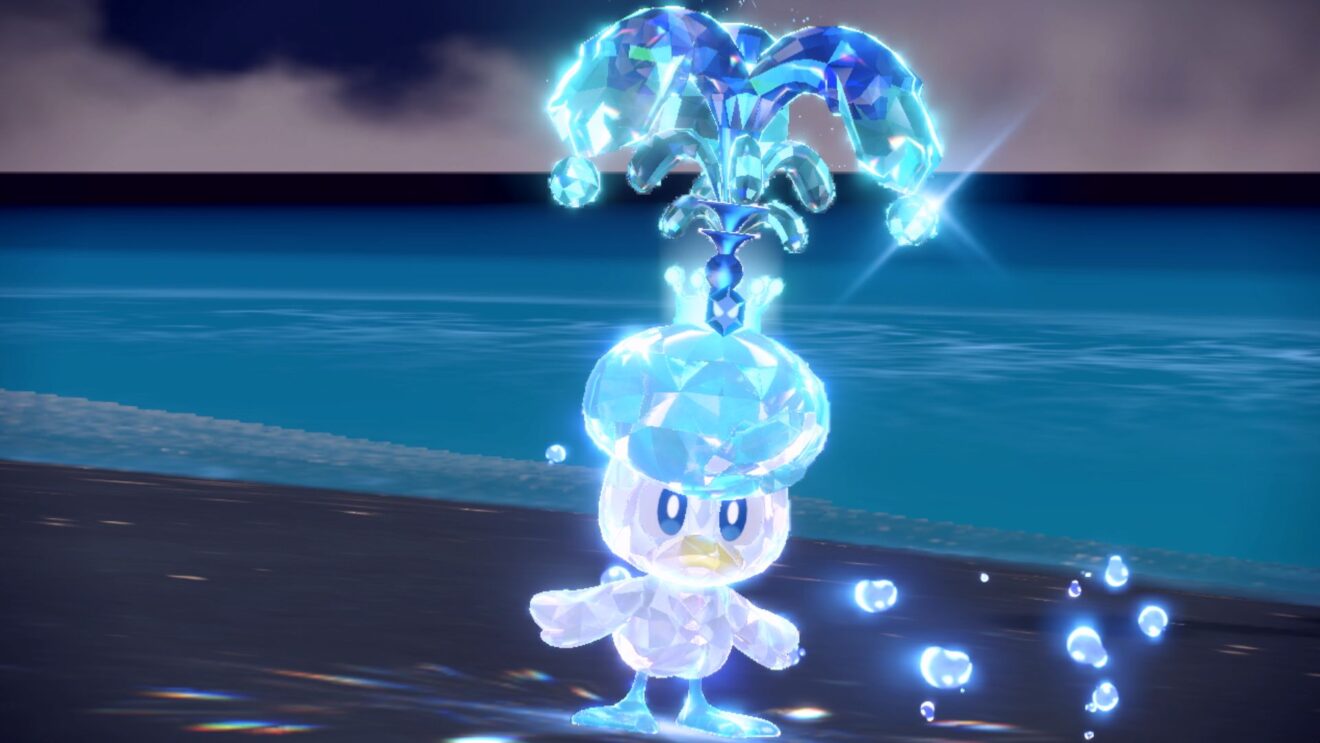 The Pokémon Company shared a fresh trailer for Pokémon Scarlet and Pokémon Violet that offers a look at the new region, some new Pokémon, and the Terastal Phenomenon.

In Scarlet and Violet, a mysterious phenomenon makes Pokémon shine like gems and sometimes also change type. All Pokémon in the region can Terastallize, and when they do, a Tera Jewel will appear above their head and the Pokémon’s body turns to crystal. When in this state, moves of the same type as the Pokémon’s Tera Type will be increased in power.

Players can Terastallize a Pokémon once per battle by using a Tera Orb. The orb must be recharged after each use by either touching crystals overflowing with Terastal energy in the field or by going to a Pokémon Center.

Also being added in this year’s games are Tera Raid Battles. In which up to four players will be able to take on a Terastallized wild Pokémon.

In addition to revealing the Terastal Phenomenon, the latest trailer showed off a number of new Pokémon, including the Puppy Pokémon Fidough, a Paldean variant of Whooper, and the Terra Whale Pokémon Cetitan.

Finally, The Pokémon Company announced that by purchasing either game early, players will receive a special Pikachu that knows the move Fly and has a Flying Tera Type.