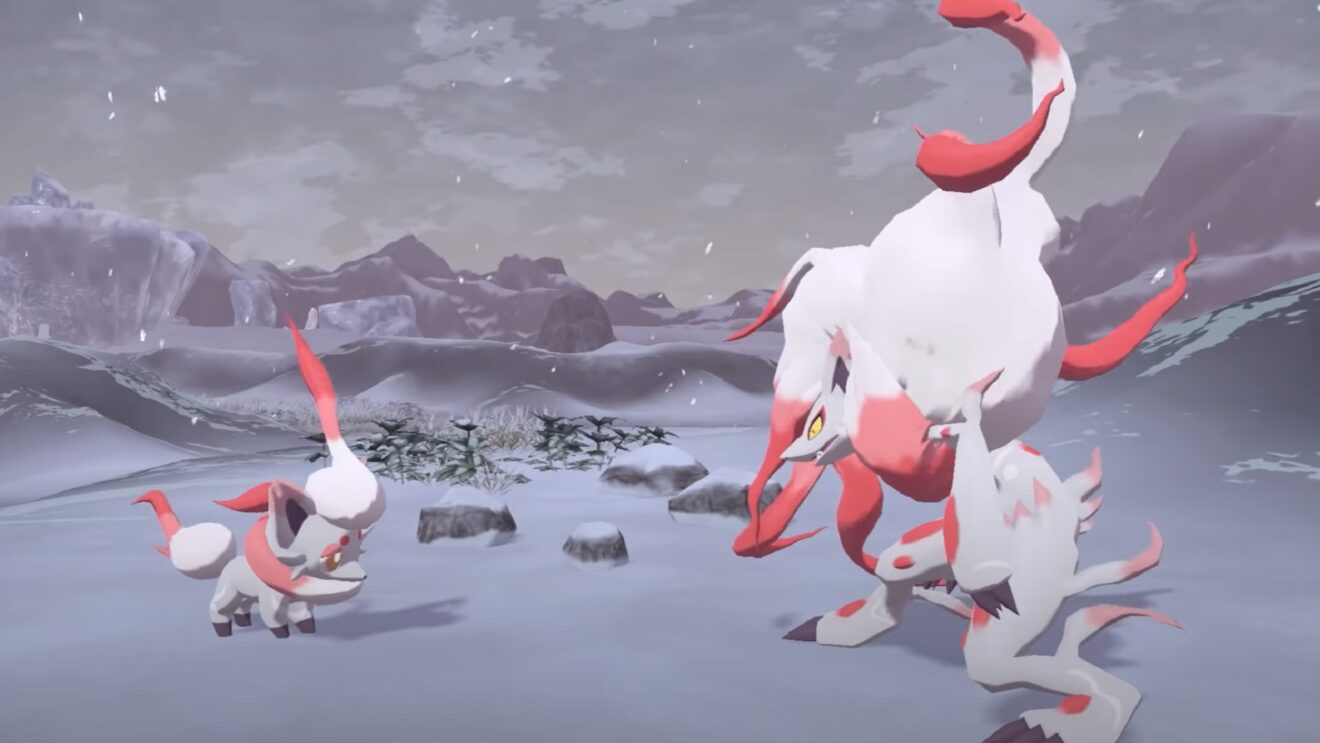 Following a teaser released last week, The Pokémon Company has shared the first in-game look at the Hisuian forms of Zorua and Zoroark.

According to The Pokémon Company, Zorua migrated to the Hisui region after being driven from other lands by humans who hated the uncanny illusions they created. Sadly, these Zorua were unable to survive in the Hisuian environment and perished. Now their lingering souls have been reborn into a new Ghost-type form through their hatred of humans.

The Pokémon Company also revealed that players who purchase the game before May 9th, 2022, will receive the Baneful Fox Mask for their character.