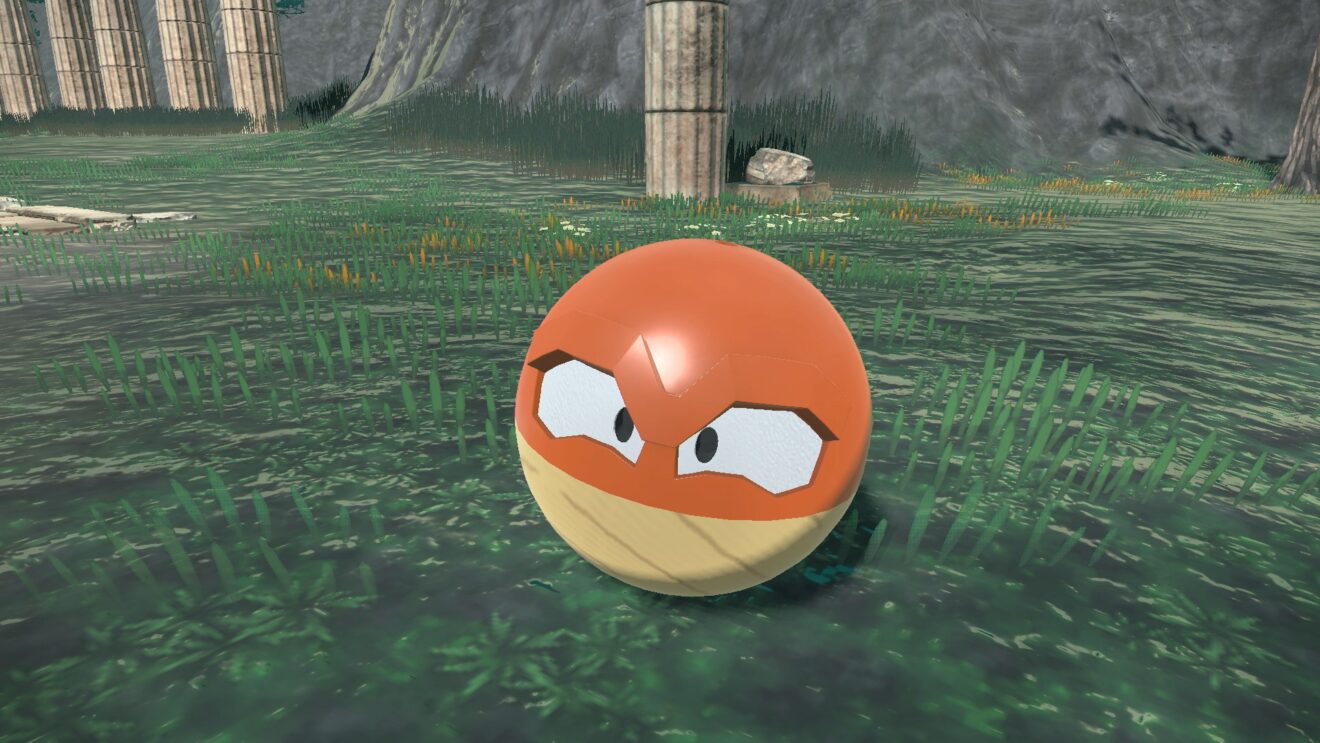 The Pokémon Company has unveiled the Hisuian form of the spherical Voltorb.

This new electric/grass form of the Pokémon will appear in Pokémon Legends: Arceus. The Hisuian form features a hole on the top of its head that it occasionally spouts seeds out of and looks very similar to the Poké Balls of the Hisui region.

“This Pokémon is always in high spirits and has a friendly personality. However, it can discharge stored electricity all at once and it frequently shocks humans and Pokémon in its vicinity,” The Pokémon Company adds. “Even the slightest provocation can set this Pokémon off, so in human settlements, Hisuian Voltorb is considered a nuisance. Tales of people temporarily plugging the hole on Hisuian Voltorb’s head and kicking it out of settlements are not entirely uncommon.”