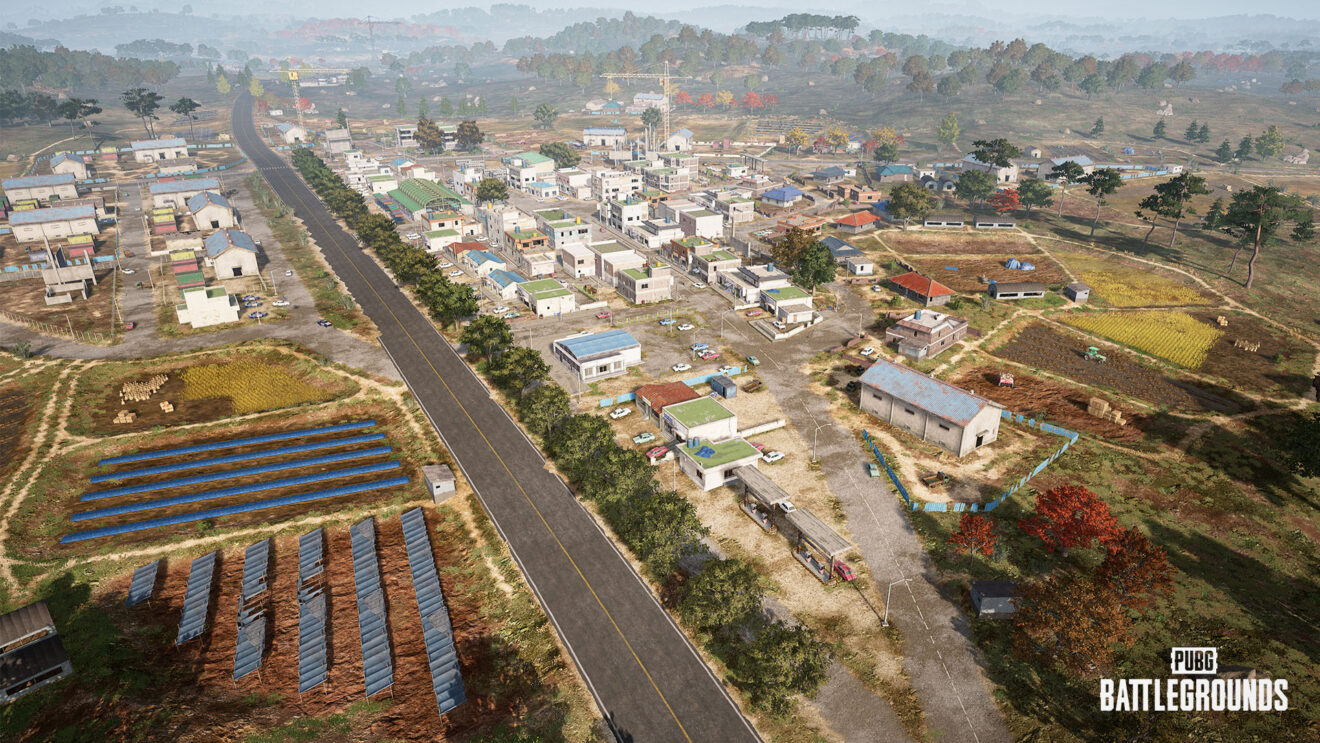 Krafton has shared details about the next update for PlayerUnknown’s Battlegrounds that includes the brand-new 8×8 map called Taego.

“Taego has diverse terrain and environments, with numerous towns, compounds, and unique points of interest across the Battleground,” the developer explains. “Be on the lookout for wildlife, with flocks of birds reacting to player movement and gunfire, giving you a potential early sign of danger ahead.”

This new map features the Comeback BR mechanic, a new addition that is exclusive to Taego Squad matches and gives players who die during the first Blue Zone a chance to get back in the fight through the Comeback Arena. Players who can survive long enough in the arena will be brought back to the game during phase three.

Another new addition that is exclusive to Taego is the Self AED. This is another second-chance mechanic that can be looted in the world and allows players to revive themselves from the DBNO phase without the need of a teammate.

There are also the new K2 and Mk12 weapons, Pony Coupe vehicle, a new Survivor Pass, performance improvements, and more. Take a look at the full patch notes here.

Taego is scheduled to launch for PC on July 7th, with a console release set for July 15th. PC players can currently try out the map over on the test server.