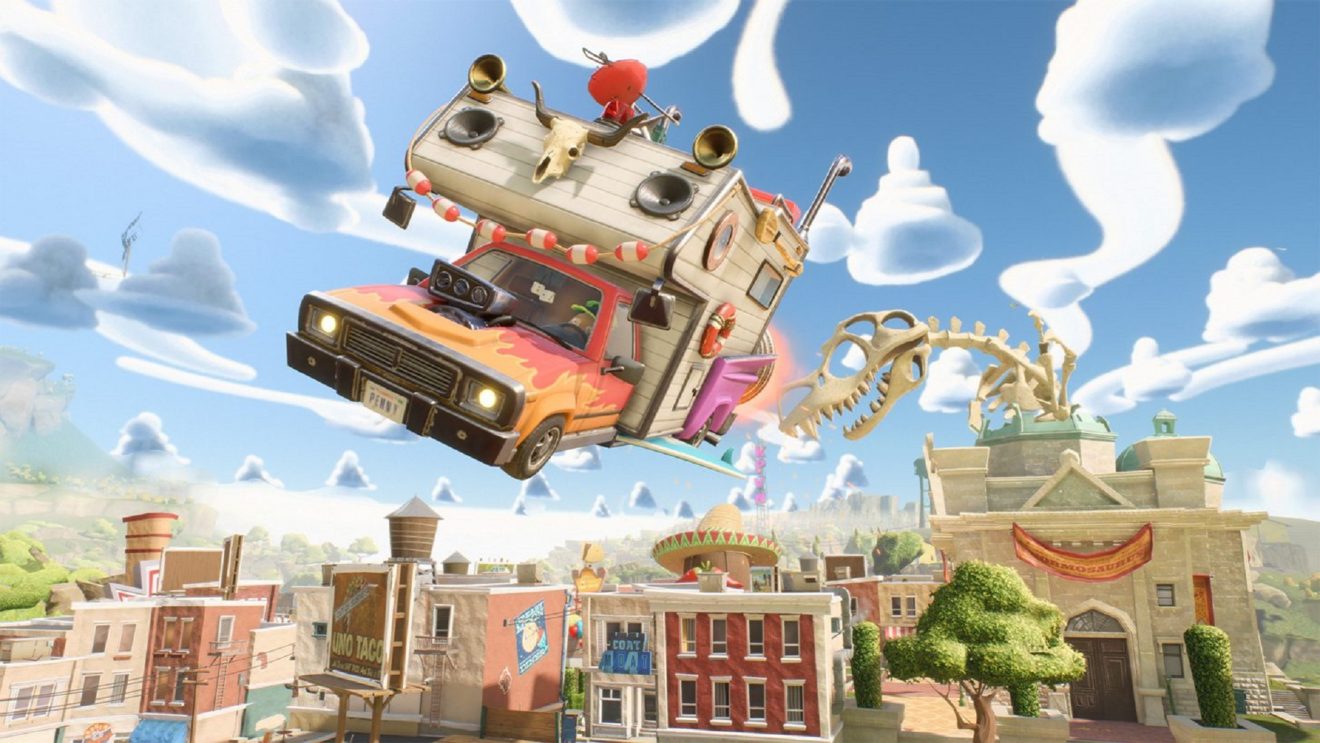 Following a number of leaks, EA and PopCap have officially announced Plants vs Zombies: Battle for Neighborville.

The latest entry in the series lets players battle it out as one of 20 fully customizable characters, including new additions master of shadows Night Cap, disco queen Electric Slide, and the team of Oak and Acorn.

Battle for Neighborville features split-screen co-op, six multiplayer modes, and three free-roam regions for players to battle in. These free-roam areas contain quests to complete, enemies to fight, and items to find. Watch a debut gameplay trailer below:

In a surprise move, EA revealed that the game is available now on Xbox One, PlayStation 4, and PC via the Founder’s Edition. This version of the game includes exclusive rewards and six weeks of content releases. The Founder’s Edition launches with the Turf Takeover PvP mode and Town Center free-roam area, with new content being added each week until the game’s official launch.

“Plants vs. Zombies: Battle for Neighborville continues the tradition of sprouting fun between the brain-less and botanicals in our biggest and wackiest shooter yet,” Rob Davidson, game director at PopCap in Vancouver, said. “With the release of the Founder’s Edition, we’re embarking on a new journey alongside our dedicated community. We designed every week in the lead up to launch to focus on specific modes and different ways to play for us to optimize the game. This is an exciting approach we’re taking as it allows our fans to jump into the game early, earn exclusive rewards, and keep their in-game progression through the launch on October 18.”

Plants vs. Zombies: Battle for Neighborville officially launches on October 18th for Xbox One, PlayStation 4, and PC.