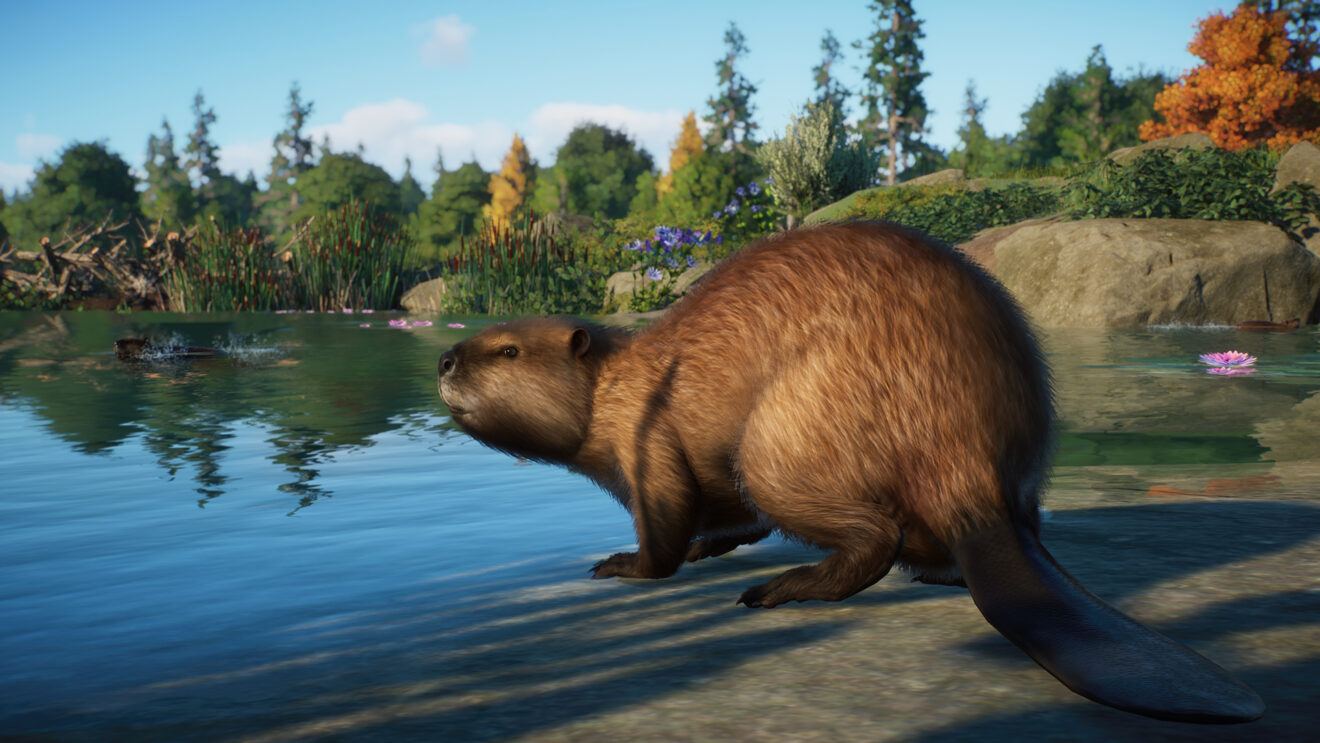 This latest DLC pack is scheduled to launch next month and will introduce eight new animals from North America. Players who purchase the pack for $9.99 will be able to add the American Beaver, Moose, California Sea Lion, Cougar, American Alligator, Black-tailed Prairie Dog, Arctic Fox, and American Bullfrog to their zoos.

The pack also includes the Beaver Pool, Pronghorn Piñata, Skittle Feeder, Melon Feeder, and Underwater Plant Feeder enrichment items, as well as Beaver-themed headwear for avatars and a new timed scenario. This latest scenario is set in the Blue Ridge Mountains and tasks players with transforming a small zoo in the marshy wetlands into a success story.

In addition to the DLC, a free update is on the way that includes “terrain variations in starting maps, a new height map feature, deep-water swimming for feline species, path barriers, and much more.”