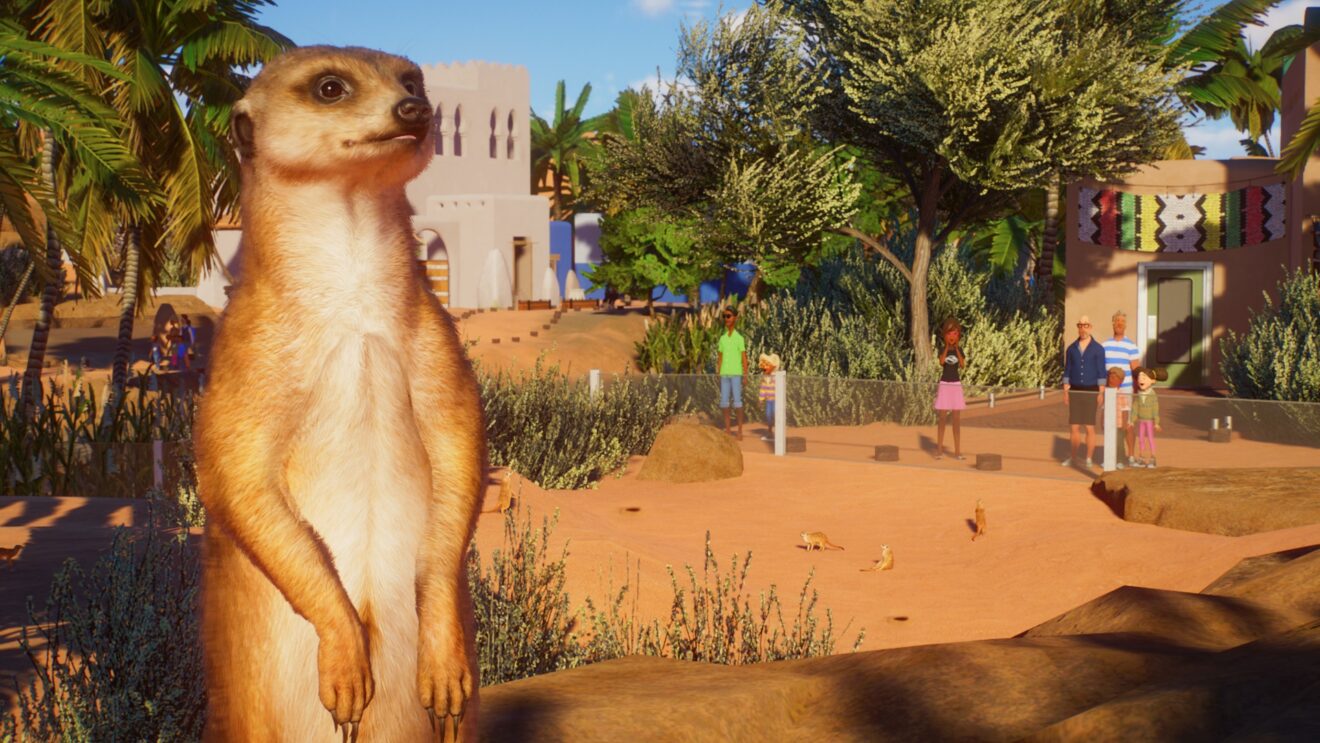 Planet Zoo players will soon be able to expand their zoos further with the introduction of four new habitat animals and one exhibit, Frontier Developments has announced.

In addition to the new animals, players will receive more than 180 new pieces of scenery that are inspired by North Africa. The new additions include “mudbrick, vivid mosaic tiles, brightly painted benches, and a wide range of new foliage.”

Finally, players can look forward to a new timed scenario that takes place in a secluded oasis bazaar and tasks players with making a success of the struggling attraction.