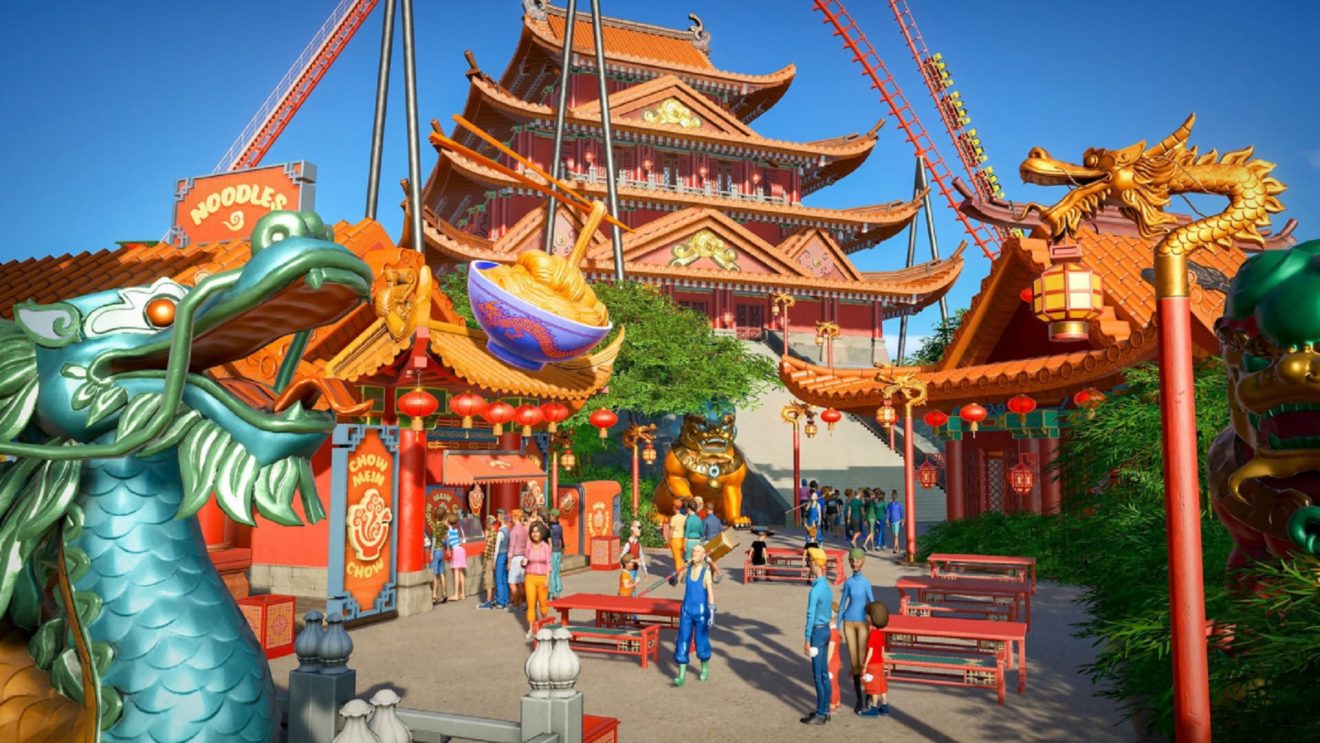 Planet Coaster players on console can now add some new rides and coasters to their parks by purchasing the Vintage and World’s Fair Bundle DLC.

The Vintage Pack introduces the tilting Ferris wheel Around the World and the Aces Sky, which features retro biplanes on a giant wooden pipe. Players can also decorate their parks with gumball dispensers and popcorn machines, and entertain them with a barbershop quartet.

The Vintage and World’s Fair Bundle is available now on Xbox Series X/S, PlayStation 5, Xbox One, and PlayStation 4 for $14.99. Both packs can also be purchased individually for $9.99 each.