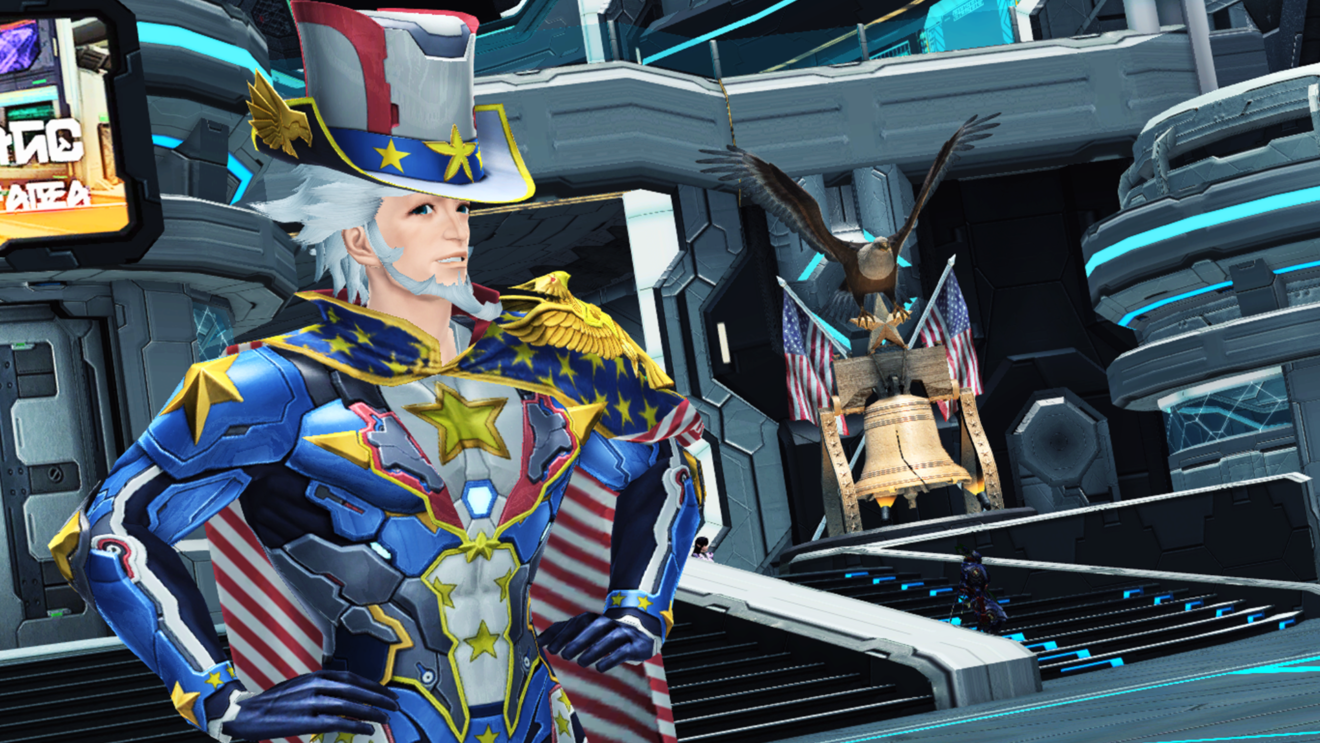 Sega has kicked off the Independence Day event in Phantasy Star Online 2 on Xbox One and PC.

During the event, which runs until July 22nd, the lobby has been redecorated accordingly and Xia has returned with new Client Orders for players to complete. Successfully completing these orders will reward a new currency called Glory Badge 2020 which can be traded in for seasonal rewards, such as the Uncle Sam Suit and Roller Diner outfits.

A new Urgent Quest, titled Virtual Planet Battle Practise, will also be live during the event that will test players movement and battle skills. The enemies in this quest have a chance to drop a number of special items, including the Charleville 1776 weapon camo, Snow Camellia Sword, Hyoutenka Assault Rifle, and Paraselene Rod.