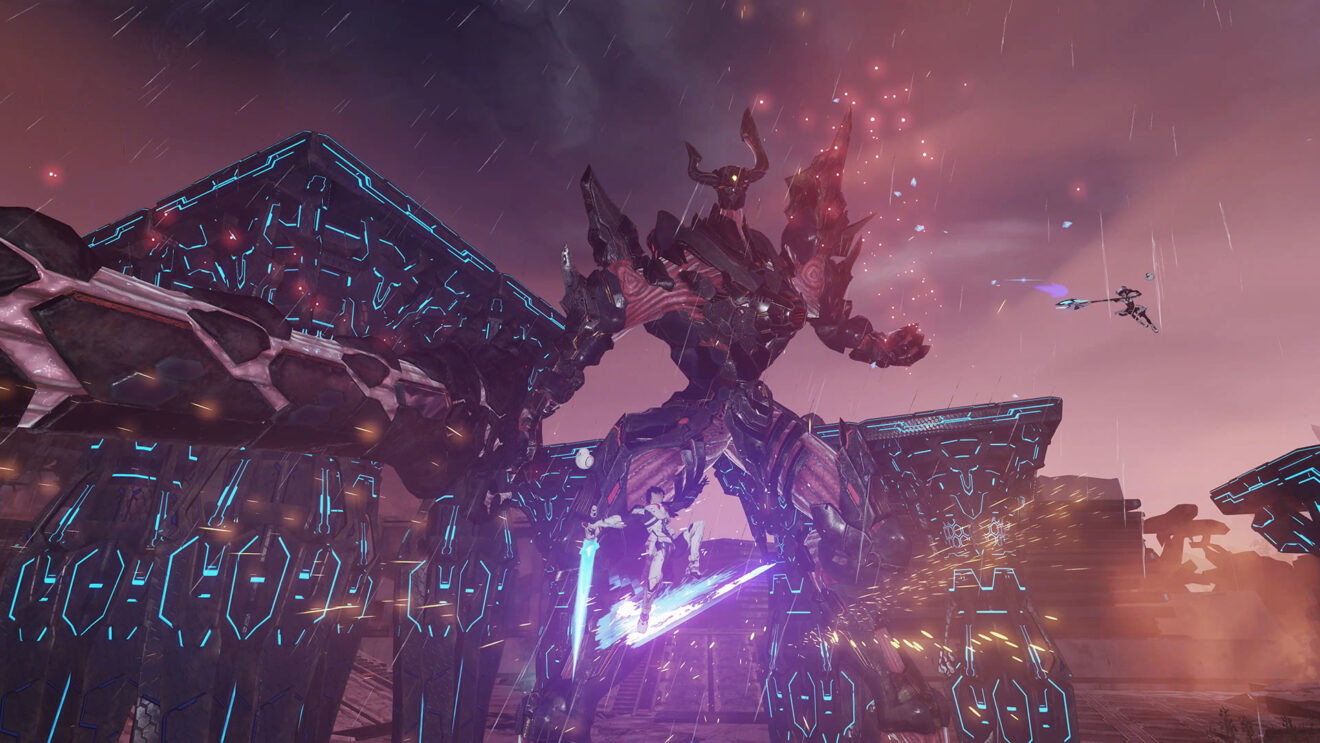 There are three of these powerful new enemies to defeat, but it won’t be easy, as they only appear during a thunderstorm and are level 24. This means that players only have a few minutes to defeat them and need to be at least level 19 to even hurt them.

Players who do manage to topple the giant enemies will be rewarded with a new set of weapons and armor and new Gigas affixes to put on their weapons.

In addition to today’s update, Sega has kicked off a 30th anniversary celebration for Sonic the Hedgehog in PSO2. Simply type “SONIC 30th” in the in-game chat to receive masks based on Sonic, Tails, Knuckles, Amy, Chao, and Eggman, as well as 30 SG.