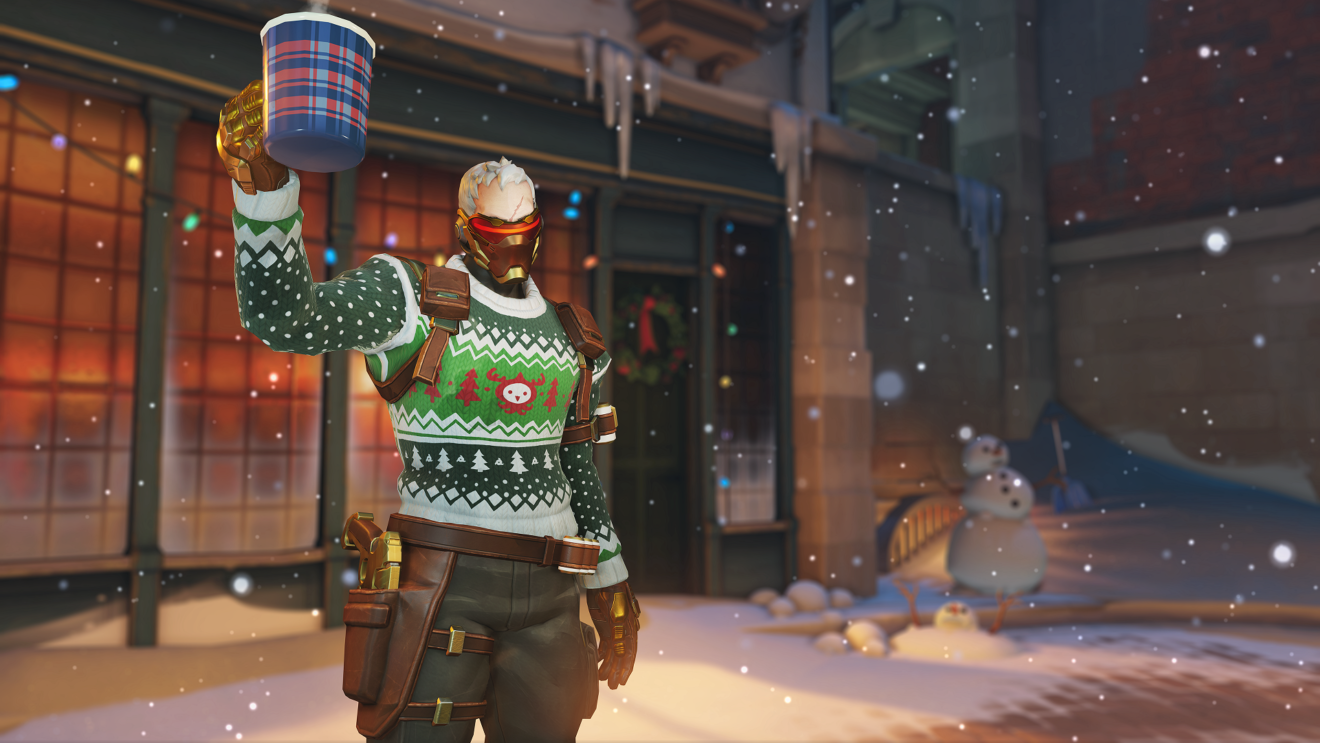 The festive season has come to Overwatch with the start of its annual Winter Wonderland seasonal event.

Until January 2nd, players will be able to take part in a new game mode called Snowball Deathmatch. This new eight-player free-for-all deathmatch puts everyone in control of Mei with a modified snowball gun, similar to the one used in previous years. To help mix things up a little this year, players also gain access to a new ability called “Catch,” which lets them catch a snowball fired at them and add it to their ammo count. The first player to reach 15 elimination wins.

In addition to the new mode, weekly challenges are available that will reward players with new icons, sprays, and skins for winning nine matches each week. The following skins are on offer each week:

Finally, a number of new festive cosmetics can be found in boxes, including player icons, sprays, three epic skins, and legendary skins for Doomfist, McCree, Reaper, and Sigma.