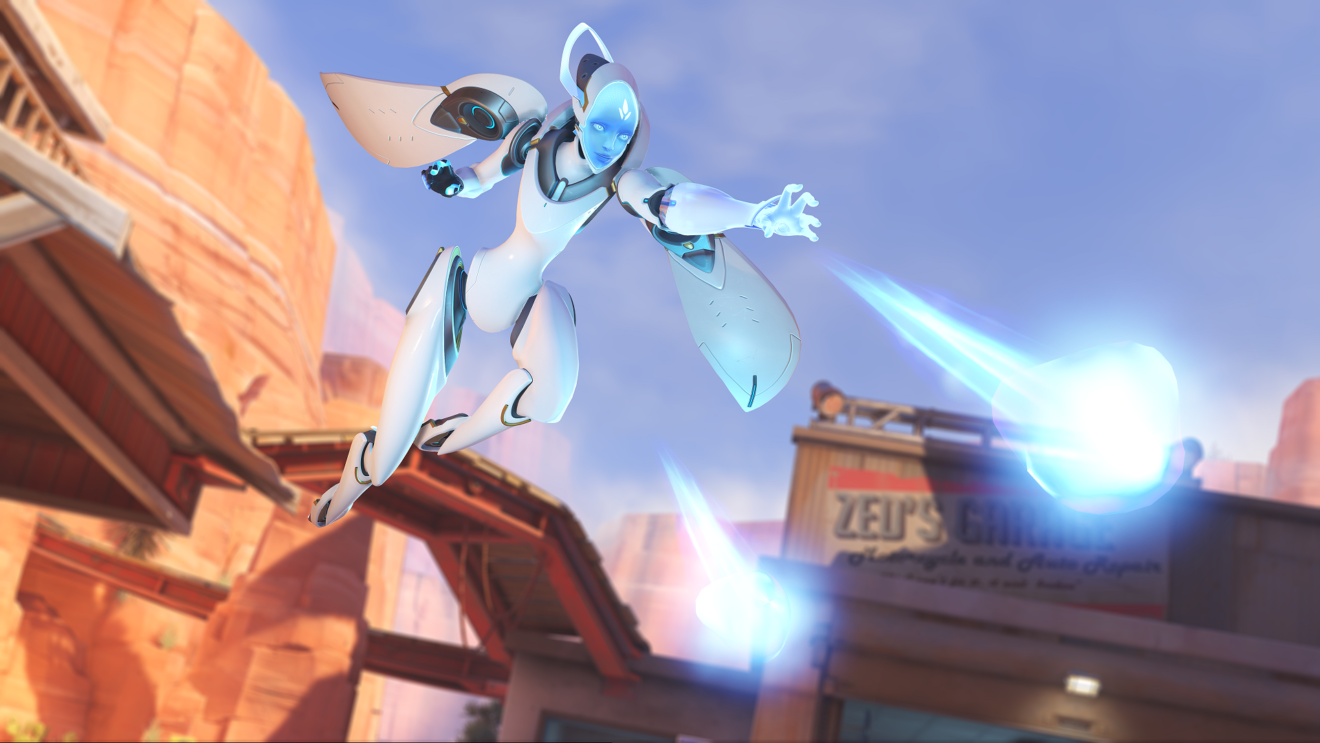 Echo is “an evolutionary robot programmed with a rapidly adapting artificial intelligence” who was created by Dr. Mina Liao. This new damage hero has access to an Ultimate ability that allows her to duplicate an enemy hero and use their abilities for 15 seconds. Echo can also glide while falling and fire off a Focusing Beam that deals more damage to targets with less than half health.

Joining Echo is a new Arcade mode called Competitive Open Queue. This mode will be available for four weeks and uses the standard Competitive Play rules, such as Hero Pools and the one-hero limit, but removes role restrictions and queues.

Blizzard has also kicked off a new Echo-themed event that rewards players for watching Twitch streams. After linking their Twitch and Blizzard accounts, players can earn a total of six in-game sprays for watching six hours of eligible streams.