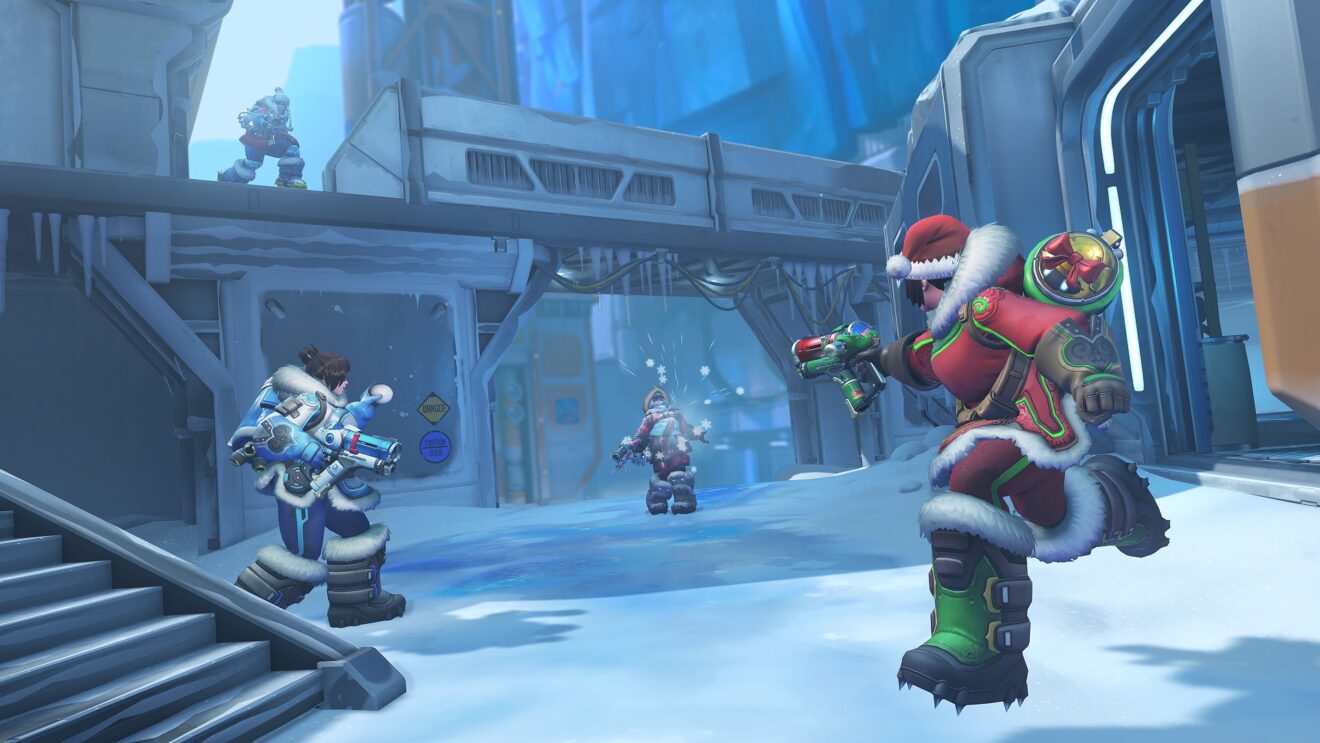 During the event, players can jump into the limited-time Freeze Thaw Elimination, Yeti Hunter, and Mei’s Snowball Offensive modes. Compete in these modes to complete challenges that reward the Ice Queen Epic Brigitte skin, a weapon charm, and more.

Additionally, Twitch Drops are available from December 25th through January 4th. Watch two hours of eligible Overwatch 2 streams to get the Festive D.Va Victory Pose and another four hours for the Sleighing D.Va Legendary Skin.

Finally, all players who log into Overwatch 2 between December 20th and January 4th will receive the Festive Wreath weapon charm and the 2023 player icon.