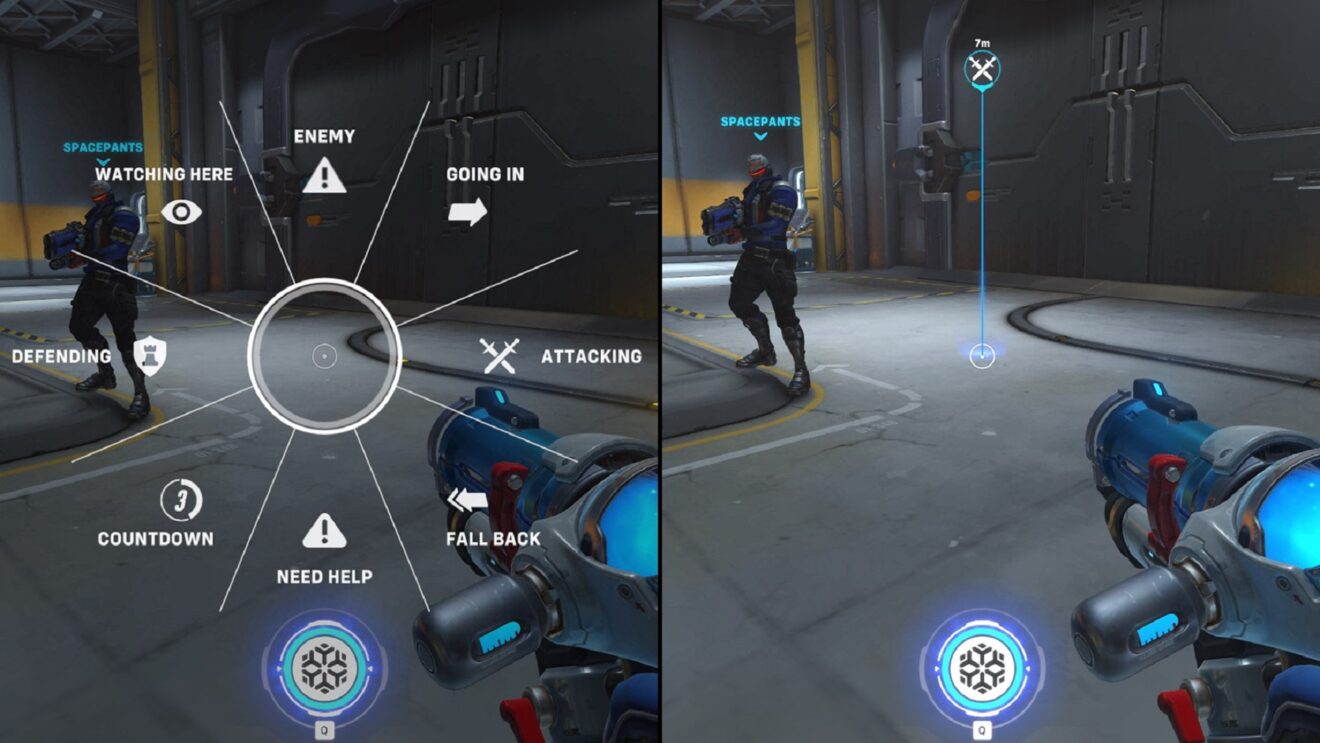 Blizzard has shared details about the new contextual ping system that it will be introducing in Overwatch 2.

According to the developer, this new system has been designed to “enhance voice communication as well as provide alternative ways to share information with your team.” For instance, if a player spots an opponent they can aim at them and then fire off a ping that will alert their teammates of the enemy’s position and also provide a verbal callout.

“It’s a more accurate, clear, and understandable way of communicating rather than hearing someone yell, ‘Reaper behind,’ or, ‘Reaper, Reaper, Reaper’,” principal designer Adam Puhl explains.

In Overwatch 2, a ping can either be stuck to an enemy or show their last known location. Characters who stay out in the open will be tracked once pinged, while those who break line of sight, such as Reaper or Sombra, will lose their ping.

The ping system also allows players to show where they are attacking or defending, show a place to group up, or ask for healing.

“We are hoping this system will help with toxicity in-game,” designer Gavin Winter added. “If you don’t like a person pinging so much, you have the option to turn the ping system off through block or squelch for that specific person. We do have heavy spam protection right now that we are open to adjusting, but we really want to see what works best for the community.”

Overwatch 2 is in development for PlayStation 5, Xbox Series X/S, PlayStation 4, Xbox One, Nintendo Switch, and PC. A beta for the game on PC is due to start on April 26th.