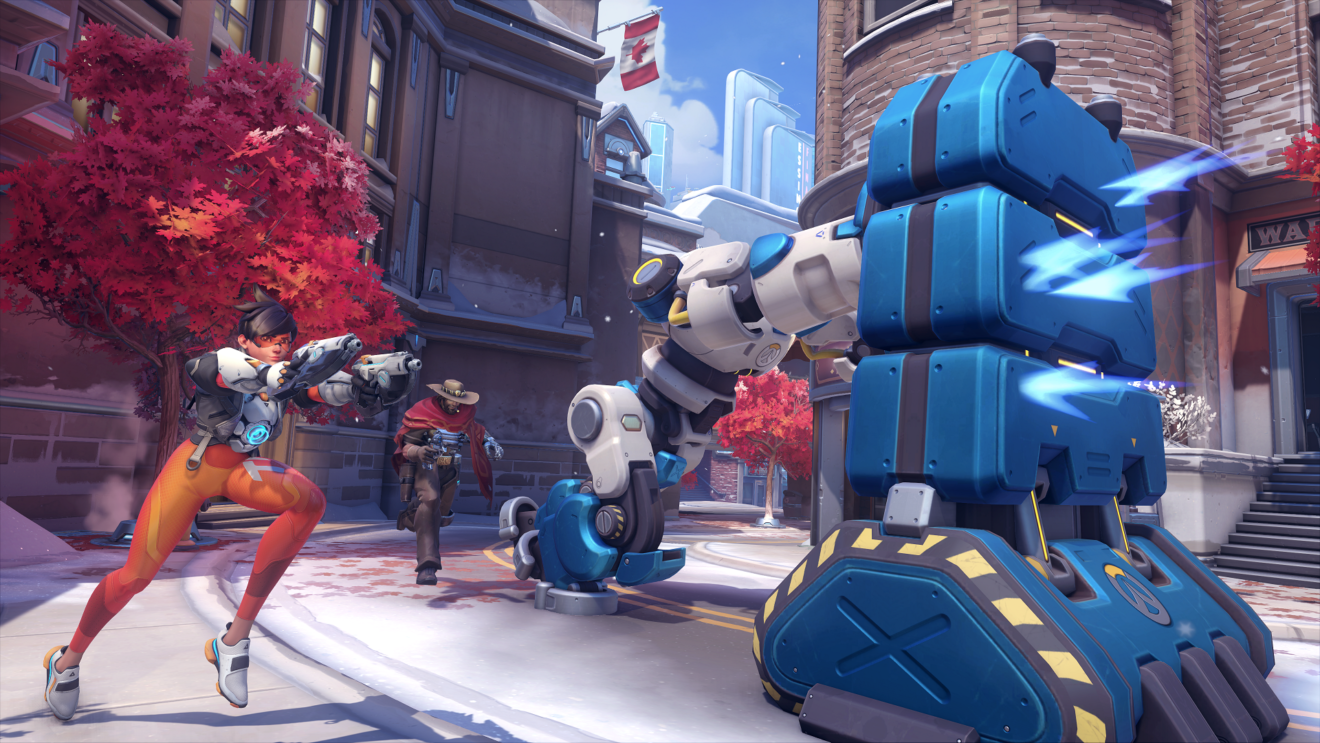 Blizzard confirmed during the BlizzCon 2019 opening ceremony that the previously rumored sequel to Overwatch is real.

The big new addition in the sequel is Story Missions. These four-player co-operative PvE missions see players experiencing the birth of a new Overwatch as Winston, Tracer, and more team up with a new generation of heroes. Players will fight in missions that take them all around the world as they take the fight to Null Sector.

Another new addition is Hero Missions, which see players teaming up to defend cities against robot invasions, Talon forces, and more. These missions are designed to be replayable and allow players to level up their heroes and upgrade their abilities. Examples given include changing Reinhardt’s Fire Strike to ignite nearby enemies and modifying Tracer’s Pulse Bomb to cause a chain reaction.

Of course, Overwatch’s 6v6 PvP returns with a new game mode called Push, in which players fight to make a robot push the objective to their opponent’s side. The sequel also introduces multiple new heroes and maps.

As well as new modes and heroes, Overwatch 2 is getting an engine upgrade that allows for visual enhancements and larger maps for PvE.

“With Overwatch 2, we’re building the cooperative, narrative-driven game experience that players have been asking for since the original—and that we’ve wanted to make for a long time,” J. Allen Brack, president of Blizzard Entertainment, said. “We’re looking forward to telling the next chapter of this epic story in-game, and we’re excited to give players a whole-new kind of co-op experience built around progressing and customizing their favorite heroes—all while providing even more of everything they love about Overwatch today.”

Blizzard added that all of the original game’s heroes, maps, and modes will be carried over to the sequel alongside all accomplishments and cosmetics earned by players. It was also revealed that owners of the original Overwatch will be able to play with Overwatch 2 players in PvP and have access to the new heroes and maps.

A release date for Overwatch 2 was not announced.