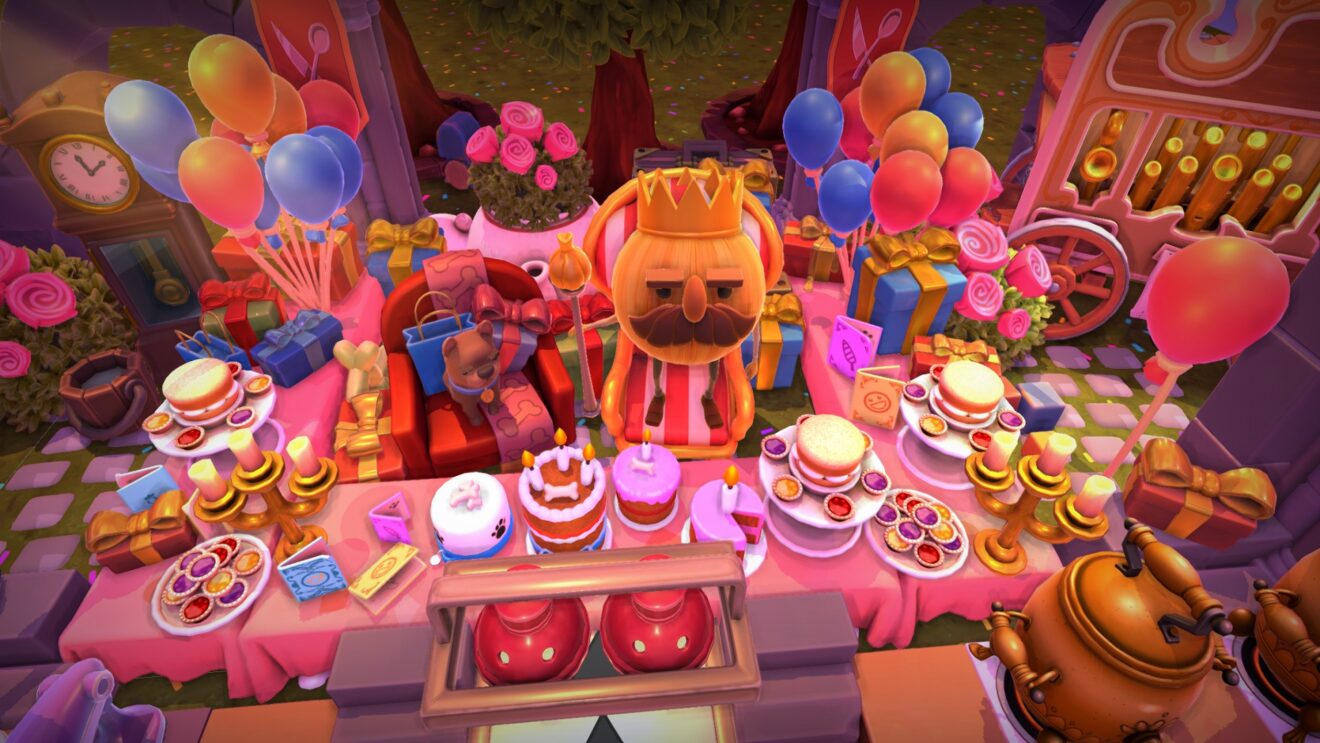 Overcooked! All You Can Eat birthday update includes five new levels, a new chef, and more

Ghost Town Games has delivered a new update for Overcooked! All You Can Eat to celebrate the fifth anniversary of the series.

The Birthday Party update brings with it five new birthday-themed levels, a new Tabby Cat chef, and a recipe for a cup of tea. These new levels also introduce the Switcheroo mechanic, which adds living playing cards that will transport players across the kitchen.

The developer also announced that the game is currently free to play on PC through Steam until August 11th.

“Five years on, still the most rewarding aspect of working on Overcooked! is getting to see and hear the reaction from players around the world,” co-founder Phil Duncan said. “Seeing the fan art, the music covers, the cosplay and even the occasional tattoo is something I’ll never get used to. Hearing stories about players bonding with friends and loved-ones over their time spent playing the game together is something we’re humbled to have played a part in.”

“Wow, it’s been five years! Well first I have to acknowledge the amazing folks at Team17, without whom we wouldn’t be at this point at all. It’s been an amazing journey together with so many developers working tirelessly to make the game what it is today, which is something we frankly couldn’t have made any other way,” added co-founder Oli De-Vine.

“Also, multiplayer games are only what they are because of community, and the community on this game is just amazing. Maybe it’s a virtue of being a game about cooperation and communication, but we’re really happy the game has found such a kind audience who are always so supportive and welcoming of the things we make, and who come and play together from all over the world. It’s been great, thank you all very much.”

Overcooked! All You Can Eat is available now on PlayStation 5, Xbox Series X/S, PlayStation 4, Xbox One, Nintendo Switch, and PC.