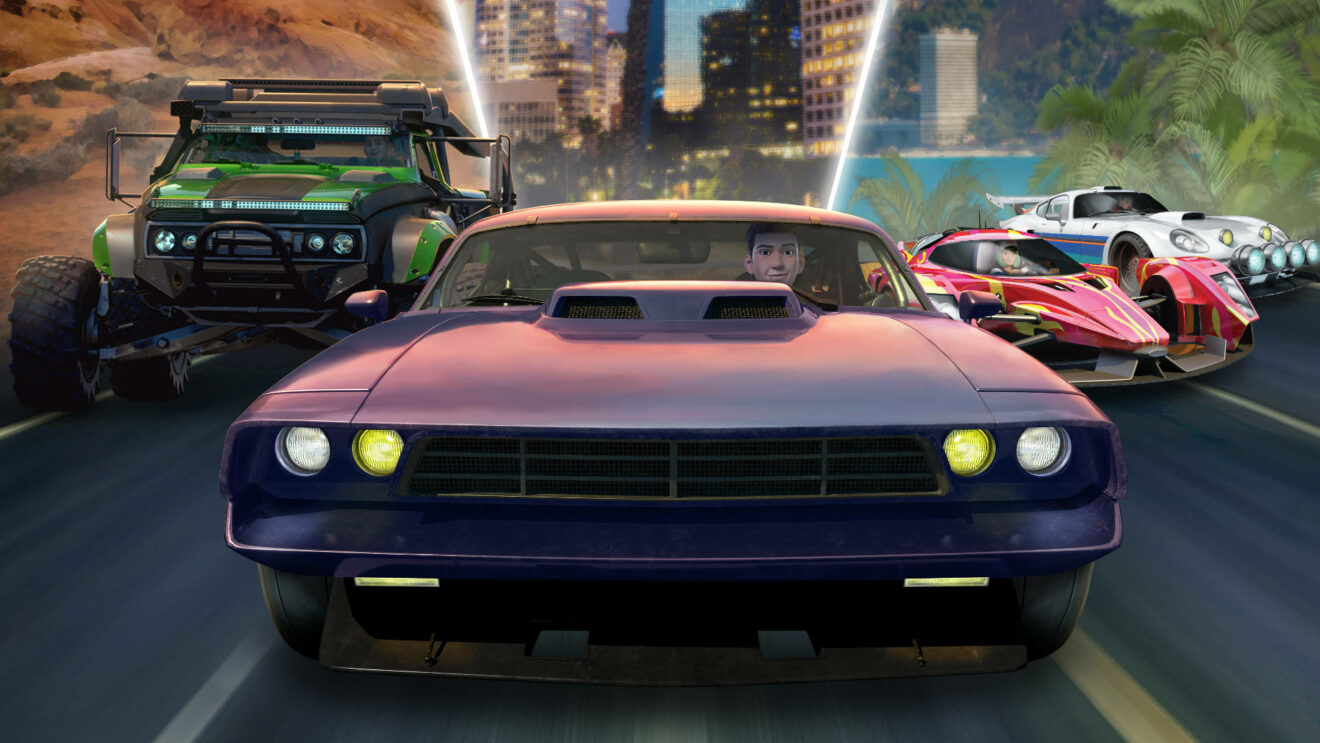 During a special event last week, Outright Games offered me the chance to get a better look at one of the company’s big upcoming holiday titles, Fast & Furious: Spy Racers Rise of SH1FT3R.

Based on the animated spin-off series airing on Netflix, Rise of SH1FT3R focuses of the Spy Racers team head up by Tony Toretto, cousin of the infamous Dominic “Dom” Toretto from the main series. Recruited by the government, Tony and his team are tasked with taking down SH1FT3R, an “elite criminal racing gang” that aim to take over both the streets and the world.

Rise of SH1FT3R’s story builds upon a plan to bring down the evil gang by luring them into taking part in a worldwide tournament. The winner of the tournament will receive the Shadowmaker, a high-tech supercar that can turn invisible. Now, one might question the logic of making an actual supercar that could fall into the wrong hands, but it’ll be your job to make sure that doesn’t happen.

Fast & Furious: Spy Racers Rise of SH1FT3R is a combat racer that will let players feel like they’re living out a story from the Netflix original series while also hopefully playing an enjoyable game. Talking to a few members of the team from developer 3D Clouds, the goal was to make something that would be enjoyable and accessible for both younger and more casual players (such as parents). One example of this was keeping the roster of weapons lower, so that players won’t feel overwhelmed or need to completely relearn how to play when picking different racers. So, on a base level, each car will be outfitted with paintball guns and paintball grenades to hinder other racers, and nitrous to provide for a quick burst of speed to overtake rivals.

From there, each racer will have their own special spy ability that can be used. Tony, for example, can send his car into a super boost, while also putting up a shield to protect from paintball projectiles from behind. Of course, in order to use those spy abilities, players will need to build energy, which can be earned by performing actions such as drifting through turns. Oh, and players who aren’t skilled at drifting in more technical racing games needn’t worry: Rise of SH1FT3R offers a dedicated drift button to make things easier.

During the event, we also got confirmation on various details surrounding Fast & Furious: Spy Racers Rise of SH1FT3R. The game will offer 17 different tracks spread out across 5 locales, such as Los Angeles, Rio de Janeiro, and the Sahara Desert. There will be three different difficulty settings and 12 playable racers, though there will be more waiting to be unlocked for those who get deeper into the tournament. Speaking of unlocks, players will also be able to give their HQs some personal flair using earned customization options.

On the more technical side, Fast & Furious: Spy Racers Rise of SH1FT3R will feature both local and online multiplayer, with two player local split screen or up to six human players in a race together online—though, sadly, the game does not support cross play across consoles. Speaking of consoles though, Rise of SH1FT3R will run at 30fps on Xbox One, PlayStation 4, and (we presume) Nintendo Switch, and at 60fps on Xbox Series X/S and PlayStation 5.

Fast & Furious: Spy Racers Rise of SH1FT3R launches on this November on all major consoles and PC.