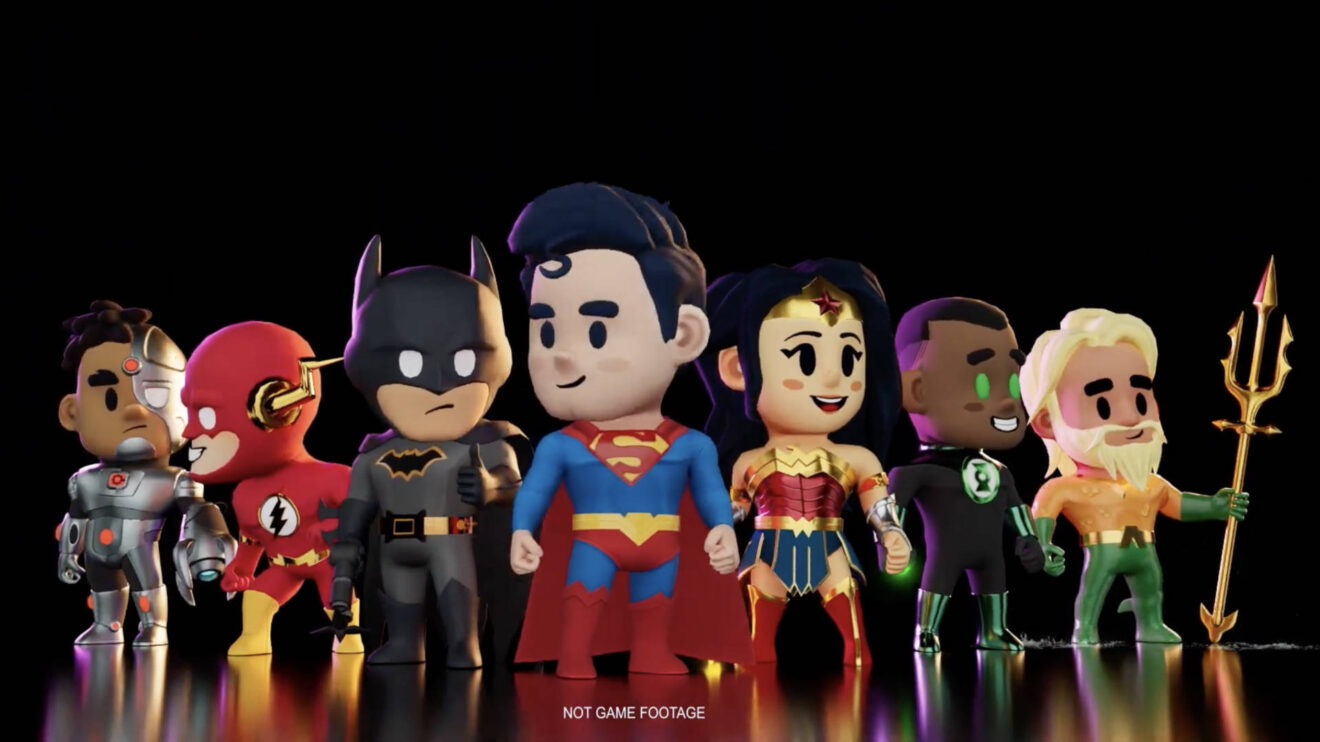 During the company’s first public digital showcase today, Outright Games revealed four new family-friendly games that will be coming over the next twelve months—along with giving a full reveal to the previously-announced Star Trek Prodigy: Supernova.

The final big announcement of the show—which I’m bringing up first because we’re going to get through it pretty quick—has a bit of a catch, as not only do we not know too much about the game at this point, but it also doesn’t even have an official name just yet.

However, I can tell you that the new DC Justice League game from Outright Games (whatever its final title may be) will allow you to “play as some of the most iconic Justice League members as you take on some of the most powerful villains in the DC universe” according to the company. The game will be an action adventured for one to two players ages 10 and up, however OG says that “it’s going to be a great one for older family and friends to join in.”

From there, I can say that the DC Justice League game will be coming in 2023 for Xbox Series X/S, PlayStation 5, Nintendo Switch, Xbox One, PlayStation 4, and PC.

Moving on to the titles we received more details on, as it’s the game in the line-up that my twins will be most excited by, I’ll start with the new offering in OG’s projects based on the popular children’s series Paw Patrol. As opposed to the games from previous years, which were one- or two-player action platformers, Paw Patrol: Grand Prix takes Chase, Skye, Rubble, and the rest of the team into the world of four-player kart racers.

Across 11 tracks themed around locations from the show including “Adventure Bay, Jake’s Snowboarding Resort, and The Jungle,” the pups—as well as Ryder, who’ll get to join in on the fun this time around—will try to win each race by employing some skillful driving and a number of special power ups. According to Outright Games, players will be able to use options such as “water balloons, snowballs, and confetti blasts,” as well as special character skills “such as Chase’s siren to slow down the racers around you.”

Thankfully, for those of us with younger kids, the game will feature an “easy control option” that offers assists such as auto-acceleration for players who can’t quite manage everything on their own just yet. For those who can, however, the game will also sport a hard mode.

Next up in the announcements was DreamWorks Dragons: Legends of the Nine Realms, a new game based—if you hadn’t already figured it out—on DreamWorks’ How to Train Your Dragon franchise. Being made in connection with the TV series DreamWorks Dragons The Nine Realms, Legends is set 1,300 years after the events of the original movie. Interestingly, there will be no humans present in the game’s world, so players will pick between four playable dragons: Plowhorn, Wu & Wei, Feathers, and Thunder.

Now we have a game that I’m going to have to plead complete ignorance on: L.O.L. Surprise! B.B.s Born To Travel. I find the entire L.O.L. line of toys to be Lovecraftian horrors, and my daughters don’t care about them one bit, so instead of trying to fein knowledge on the brand and how it’d translate into video game form, I’ll just quote from Outright Games’ media materials!

With 30 stages in five cities to play, you’ll soon build your own L.O.L. Surprise! collection of characters, collectible dolls, and stickers. Display them in fashion shows and music concerts, and work together in co-operative multiplayer for up to four friends. This outrageous arcade fashion game is full of surprises!

According to Outright Games, L.O.L. Surprise! B.Bs Born To Travel will offer such activities as: Playing as your favorite character, taking on challenges, traveling the world, putting on a show, and partying with friends. The game is set for release on October 7th for Xbox Series X/S, PlayStation 5, Nintendo Switch, Xbox One, PlayStation 4, PC, and Google Stadia. (You really have to give it to OG for their Stadia support.)

Last, but not least, Outright Games offered up a proper reveal to Star Trek Prodigy: Supernova, the new game based on the similarly-titled anime series from Paramount+. Coming in conjunction with the shows’ second season hitting Nickelodeon, Supernova is an action adventure that “marks the first ever family-friendly Star Trek game aimed at younger players.”

According to OG, “after the U.S.S. Protostar picks up strange readings from a dying star, Dal and Gwyn must race against time to save their friends, their ship, and an entire planetary system before a supernova destroys them all.”

Either on your own or with a friend or family member, you’ll need to help Dal and Gwyn survive hostile environments, battle robot armies, solve puzzles, and rescue their captured crewmates. In connection with some of the traditional themes of the Star Trek series, players will explore alien worlds, “make first contact” with new alien species, and “collect iconic items from the Star Trek universe and use them to customize the Protostar.”

In a nice surprise, all of the voice actors from the show will be voices their character in the game—including, unless I’m mistaken on this, Kate Mulgrew as Captain Kathryn Janeway.