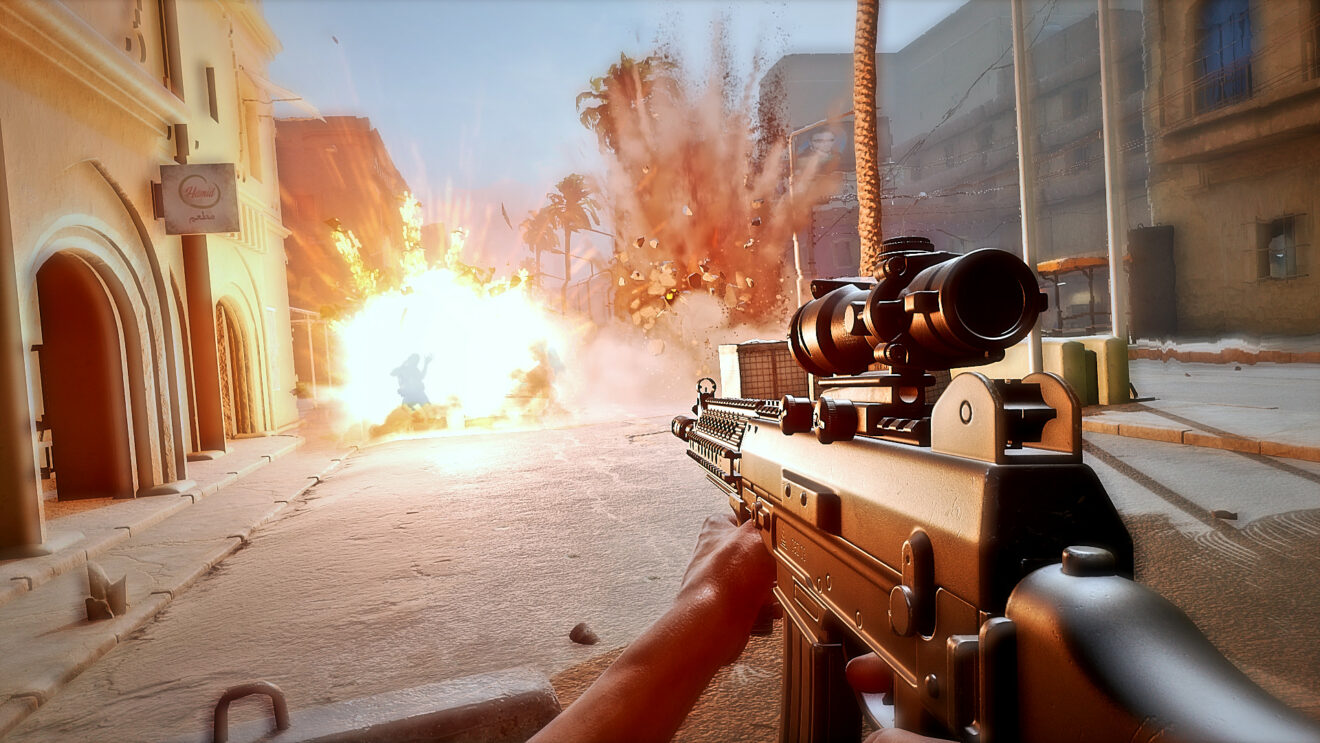 The highlight of this update is the new community map Prison, which was one of the winning entries in a recent Mapping Contest. In Prison, the Insurgents are attempting to break out of Mabarak Prison, while Security players are trying to lock the prison down.

There’s also the KSG shotgun for the Insurgents, the KS-23 shotgun for Security, and the Detainer and Captive cosmetic sets in the update. Read the full patch notes here.

In addition to the above, the Glasshouse Set Bundle is now available to purchase that contains two weapon skins, two cosmetic sets, and the Baton and Shive melee weapons. This DLC is also available as part of the Year 2 Pass and Gold Edition.

Insurgency: Sandstorm is available now on PlayStation 4, Xbox One, and PC.