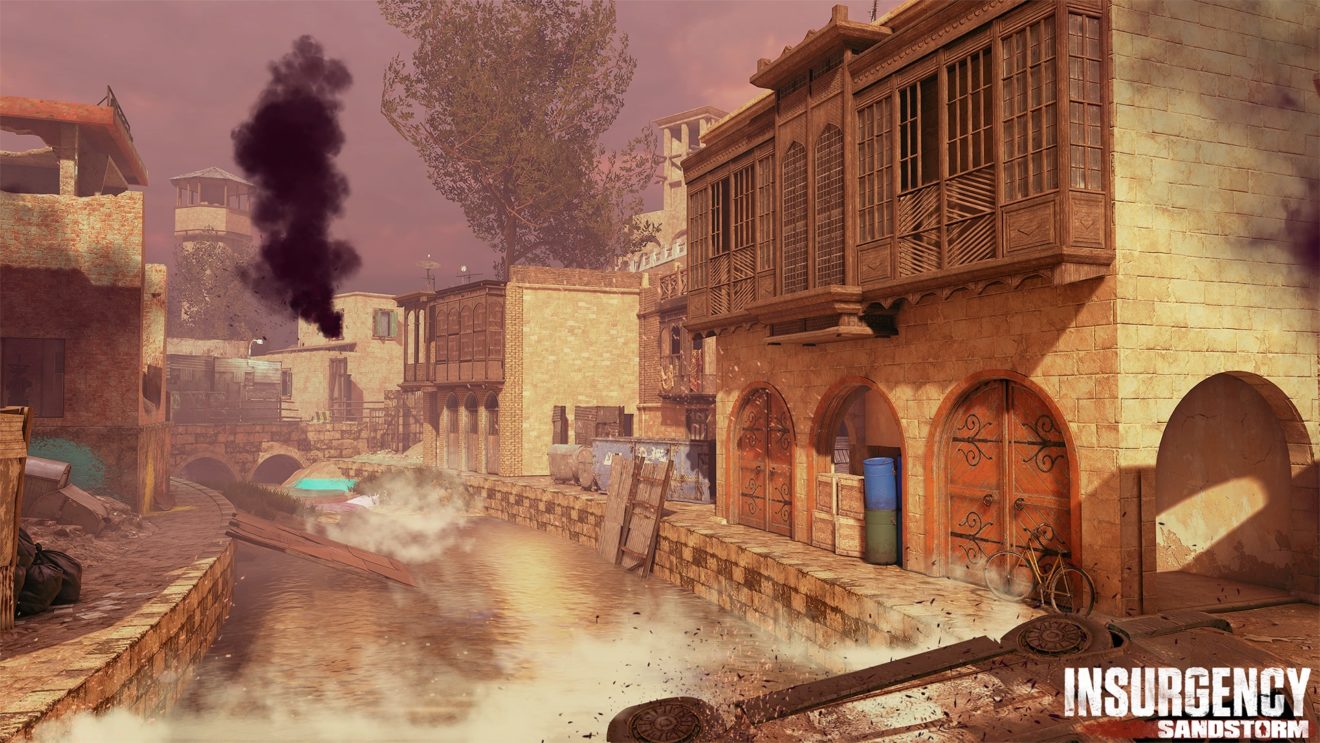 First up is a new map called Tell. This reminaged map from 2014’s Insurgency offers players a tight urban CQB experience. According to the developer, the map “ramps up the intensity of Sandstorm’s signature hardcore combat by squeezing everyone together while still allowing for diverse navigation routes down everything from narrow corridors to lengthy streets.”

There’s also a brand-new mode for players to fight in called Outpost. This co-op mode pits players against waves of enemies as they progress through objectives and gain more equipment. Losing an objective will push players back to the previous area.

Additionally, players can get their hands on the FAMAS F1 and AUG A3, as well as new foregrips and underbarrel shotguns.

Insurgency: Sandstorm is available now on PC. The game is also in development for Xbox One and PlayStation 4.