Oh boy, I am not qualified to tell you about JoJo's Bizarre Adventure: All-Star Battle R

Just so you know where I… stand.

I’m going to level with you: I don’t know what I’m doing here.

My exposure to JoJo’s Bizarre Adventure, the long-running manga and anime, consists almost entirely of encountering and failing to understand memes on Reddit. And when it comes to fighting games, I’m way out of my depth unless there are are floating platforms and intellectual property crossovers. But during Summer Game Fest Play Days I saw and—in the absolute loosest definition of the word—played JoJo’s Bizarre Adventure: All-Star Battle R, an exhaustive remaster of the PS3 fighting game inspired by the series.

The reasonable thing to do would be to give you my impressions. You might as well ask me to preview the next season of Real Housewives or appraise a nuclear reactor design, but sometimes a man must attempt the impossible. Here goes.

All-Star Battle R, like the original version, is a mostly 2D fighting game with a huge playable roster drawn from the series. Many of the characters’ names start with Jo, and also there are a lot of classic rock references, like the bad guy whose name is Dio, à la Ronnie James. (Dio, the fictional one, is a vampire, but also he has other non-vampire powers.) The game’s visuals do their level best to capture the dramatic, thick-lined art style from the memes I’ve seen, which I assume are an accurate reflection of the manga and anime.

Speaking of authenticity, the team at CyberConnect2 has expanded the already expansive list of playable characters with a few more recent additions to the franchise, like Robert E. O. Speedwagon. All the character models and voice acting have also been updated to better match the later seasons of the anime.

I was informed the game will run at 4K and 60 frames per second on the newer consoles, and while the Digital Foundry folks have not yet given me the cyborg eyes I’d need to verify that at a glance, the demo didn’t not look like 4K/60. There were no noticeable drops or chugging, even during the extravagantly animated special attacks I was unable to perform myself but witnessed several times as I suffered them repeatedly at the hands of a mid-level-AI-controlled Dio.

From a gameplay perspective, I was told the combat has been rebalanced entirely, with new features and moves designed to make it much faster than the original release. For my part, I spent much of the match slowly walking Jotaro toward Dio, so the speed was not really tangible. That’s not to say it’s not there, but at the very least I can tell you that it’s a hidden speed. You must dig deeper to find it.

Listen, I tried. But if—understandably—you’re a die-hard JoJo fan or fighting game fan or All-Star Battle fan with more questions than answers, rest assured that you don’t have to rely on me. A limited-time demo featuring four playable characters and online PVP will be available on PlayStation 5 and PlayStation 4 from June 16th through 21st. Please, try it from yourself, and save me from my guilt. 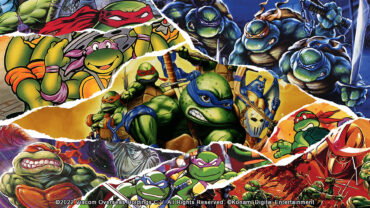