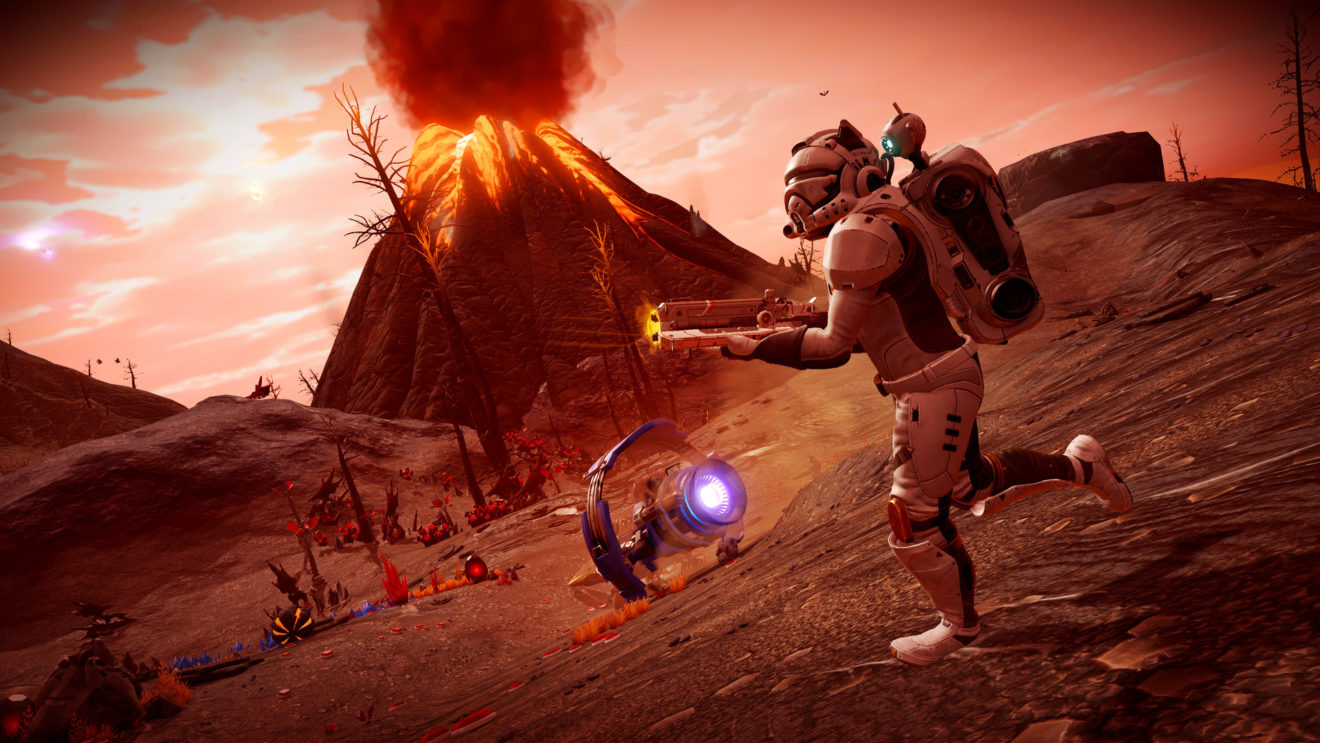 The previously teased Origins update for No Man’s Sky goes live today on Xbox One, PlayStation 4, and PC.

Additionally, the game’s interface and menus have received an overhaul with new colors and styles, including the teleporter interface which now displays more information about the target planet.

Players will also now start discovering Archive Buildings on certain planets. These enormous buildings contain “data, treasure, and directions to long-forgotten ruins.” Another new planetary addition are abandoned and ancient settlements that can be found on dead or anomalous planets and will increase the range of planets available for missions.

Other changes include the introduction of volcanoes and tornadoes, gravitational anomalies, planetary NPCs, new Multi-Tool upgrades, new insects, and the giant sandworms that were shown off before the game launched.

Read the lengthy patch notes for the Origins update here.