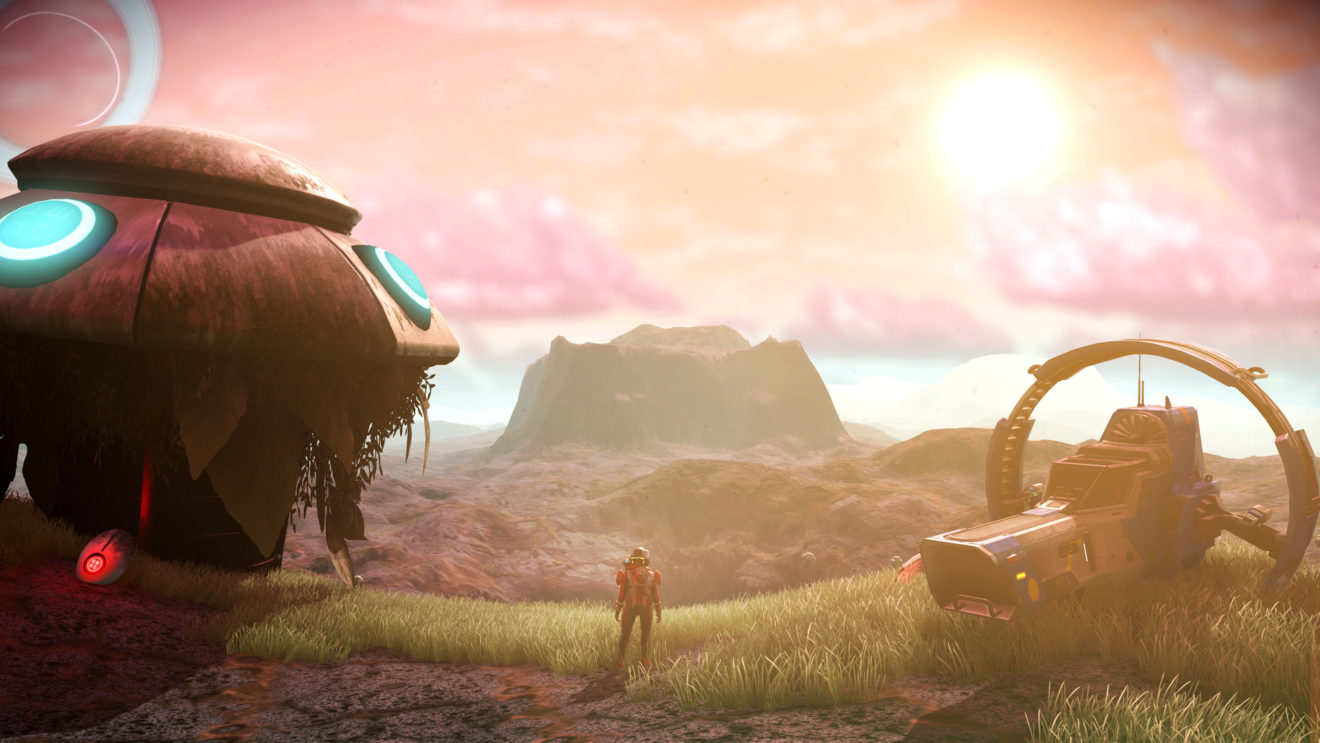 No Man’s Sky’s Beyond update arrives this month

Hello Games has announced that Beyond, the seventh major update for No Man’s Sky, will go live on August 14th.

The Beyond update rolls three major updates into a single release. The first component is No Man’s Sky Online, which is described as “a radical new social and multiplayer experience” and allows players to meet up and play together.

Also included is VR support, which lets players play through the entire game in virtual reality on both PlayStation 4 and PC.

“Grab the joystick and thruster to fly your starship over an unexplored alien planet as you peer out of the cockpit at the view below,” the developer adds. “Reach into your backpack to grab your multitool, touch it to switch to terrain manipulation, and carve out intricate shapes with unprecedented control. Play in multiplayer and casually wave to your non-VR friends or fist bump your VR peers.”

The third component of Beyond is still a mystery for now. Watch a new trailer for the update below: