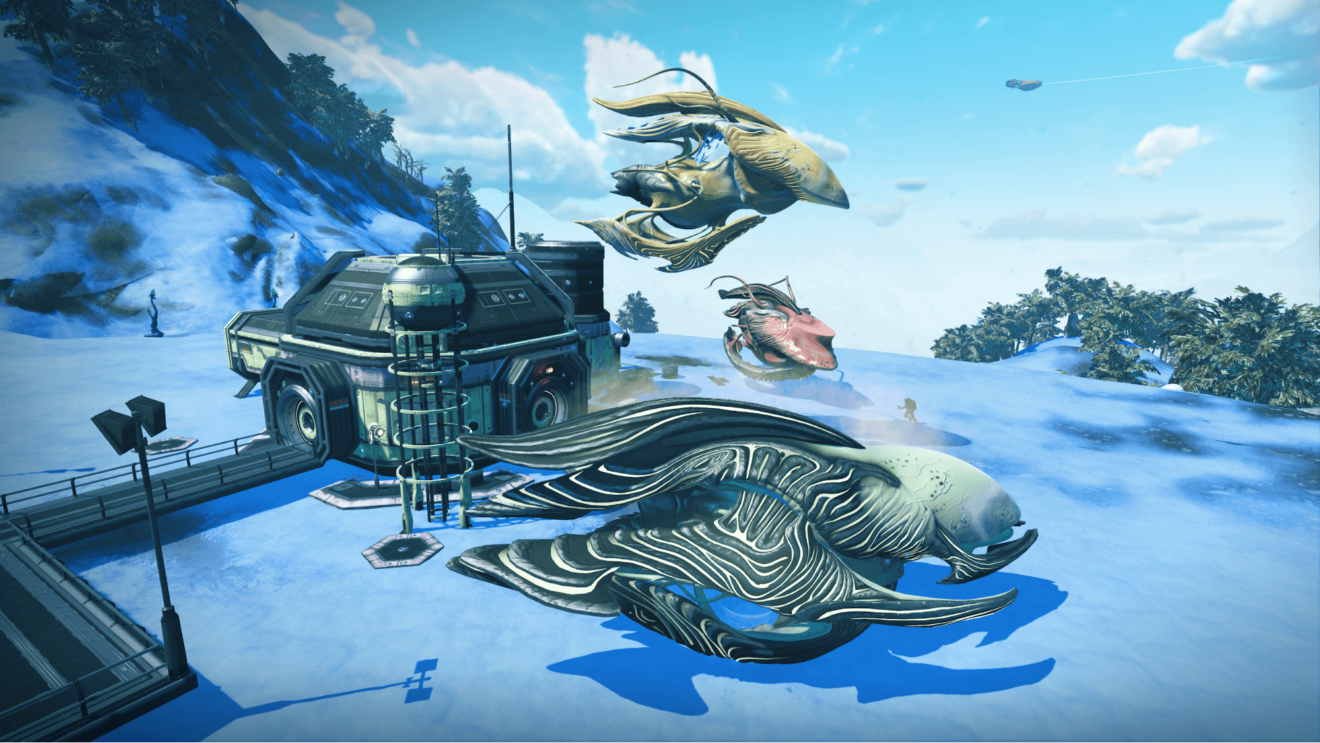 No Man’s Sky’s Living Ship update is now available on all platforms, allowing players to hatch their own procedurally generated Living Ship.

Upon logging in after the update, players can embark on a new set of quests that will take them “through the ancient Korvax experiments that led to the birth of these sentient starships.” Completing these missions will hatch a Void Egg and grant players their own Living Ship that features a unique set of organic technologies.

“These beautiful, organic, slightly psychedelic ships are uniquely grown (and, as with everything in the No Man’s Sky universe, procedurally-generated),” Hello Games founder Sean Murray wrote in a PlayStation Blog post. “They can’t be upgraded in the same way as a traditional ship: each one is individually hatched, with a unique set of internal organs that determines its abilities. If you want a fast hyperdrive, you’ll need to nurture the right sort of life within your ship…”

Players will also start to encounter strange objects while in pulse-flight between planets that can lead to “exotic rewards” and “dangerous encounters.”

Other changes include a new shortcut that instantly divides a stack of items in half, the ability to warp as a group in multiplayer, and numerous performance improvements. Read the full patch notes here.