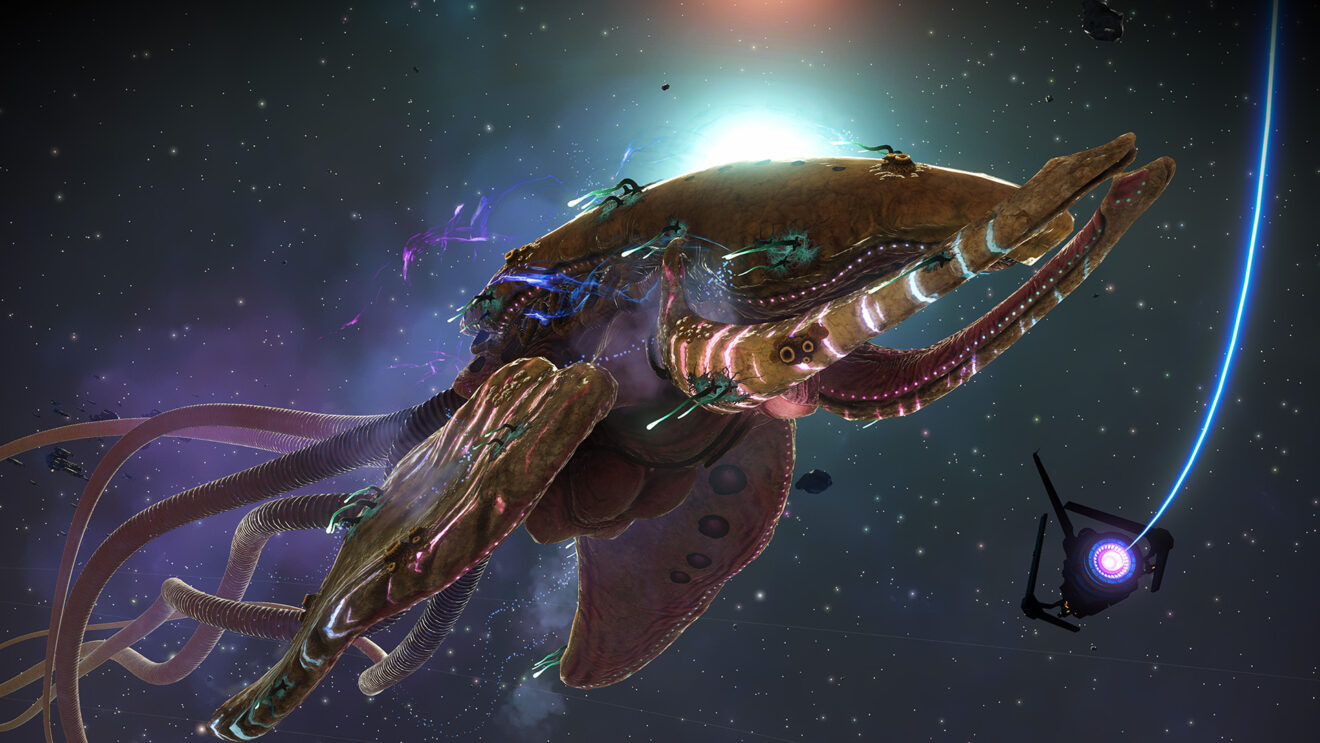 Hot off its last major update, infinite-universe space-exploration game No Man’s Sky is back with another patch. This time, the main addition is a six-week expedition that infuses some roguelike flavor. Oh, and there are space whales.

The Leviathan expedition, as its called, centers on a time-loop mystery. Upon joining the expedition, players will be granted a randomized loadout and tasked with exploring on the survival-mode difficulty settings. That means it should be pretty easy to die, but being a roguelike, getting killed just means you’re back at the start with a new loadout.

Your main goal is to uncover memory fragments, which “manifest as procedurally generated technology.” Basically, they’re randomized upgrades that will make you more powerful during your attempt. While you’re unlikely to make it through the whole adventure on your first attempt, there’s a neat little multiplayer hook here, too. Your personal research will help an NPC, Specialist Polo, discover more about the time loop, and the game will track other players’ contributions as part of a universal tally. The more research everyone does, the better the memory fragments will get. The better the memory fragments, the more powerful you’ll be in each subsequent attempt.

In addition to experiencing the new storyline, participating the Leviathan expedition can unlock a variety of rewards for participating: base decorations, a cloak, a starship trail, and more. In what has to be one of the cooler-sounding rewards, you can even recruit the Leviathan to join your frigate fleet, sending it out on passive missions to collect resources. Who doesn’t want to employ a space whale?

In addition to the new expedition, the Leviathan update includes a handful of bug fixes and minor tweaks. You can view the full patch notes for the 3.90 update at the bottom of Hello Games’ latest blog post.

No Man’s Sky is out now on PlayStation 5, Xbox Series X/S, PlayStation 4, Xbox One, and Windows PC. A Nintendo Switch version is in the works for the middle of this year.