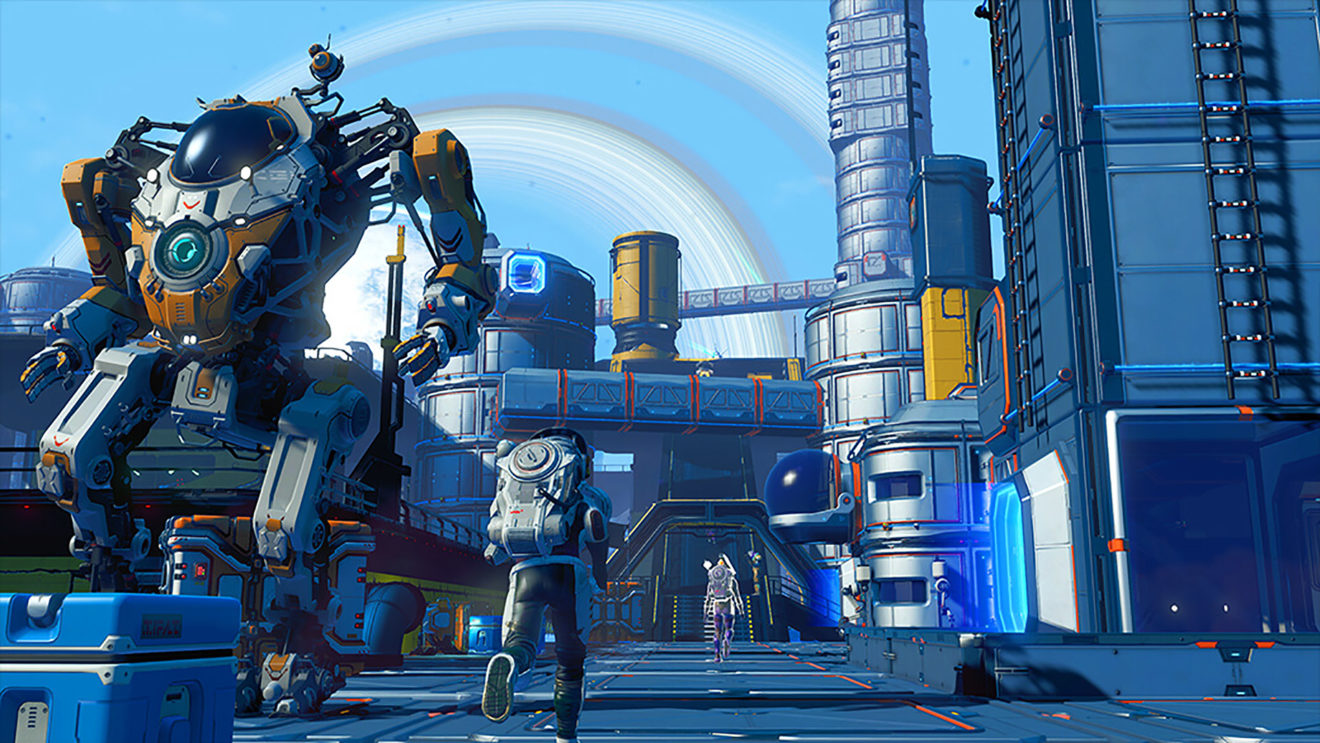 Hello Games today announced that No Man’s Sky will be getting day-one Xbox Series X/S and PlayStation 5 versions, and that they’ll be coming with quite a list of upgrades.

“Continue your journey in a universe with bigger bases, lusher planets, more players, faster warp speeds and more – free for all existing players,” says the official No Man’s Sky page for update 3.10.

When playing on PlayStation 5 or Xbox Series X/S (as well as PC at ultra settings), you’ll now see worlds with higher textures, more populated terrains, and more detailed geometry. On both of the higher-end new consoles, you’ll also now be able to “experience a smooth 60fps at 4K resolutions,” while Series S owners can pick between either higher native resolution at 30fps, or lower resolution at 60fps.

No only is the universe getting prettier, but it’s also getting bigger. Travelers can now group up in sessions up to 32 players on consoles, and the limits for base building have been greatly expanded.

Across both next-gen consoles, load times will be much faster, and both versions will be fully cross-play compatible. Even better, upgrading to the PS5 or Xbox Series X/S version of No Man’s Sky will be totally free for current owners, and your current-gen saves can make the journey as well. (The process will be automatic on Xbox, while on PlayStation, you’ll need to upload your PS4 save data, and then download it over on PS5.)

Speaking of the PlayStation 5, that version of No Man’s Sky will be getting a few extra bonuses. The game will now feature “subtle haptic feedback” when using a DualSense controller, will take advantage of the console’s 3D audio tech, and will continue to support PlayStation VR via the backward compatibility function.

After getting obsessed with No Man’s Sky following its arrival on Xbox Game Pass, I decided to step away for a bit to see if a next-gen version would be coming soon—or, at least, if the game would get some nice boosts simply from running on more powerful hardware. Now that Update 3.10 is bringing all of these improvements to the game on the new consoles day one, I’m incredibly happy that I waited.

And kudos to the men and women of Hello Games who continue to pump an insane amount of time, effort, and care into making No Man’s Sky better and better.

Read the full patch notes for Update 3.10 below.