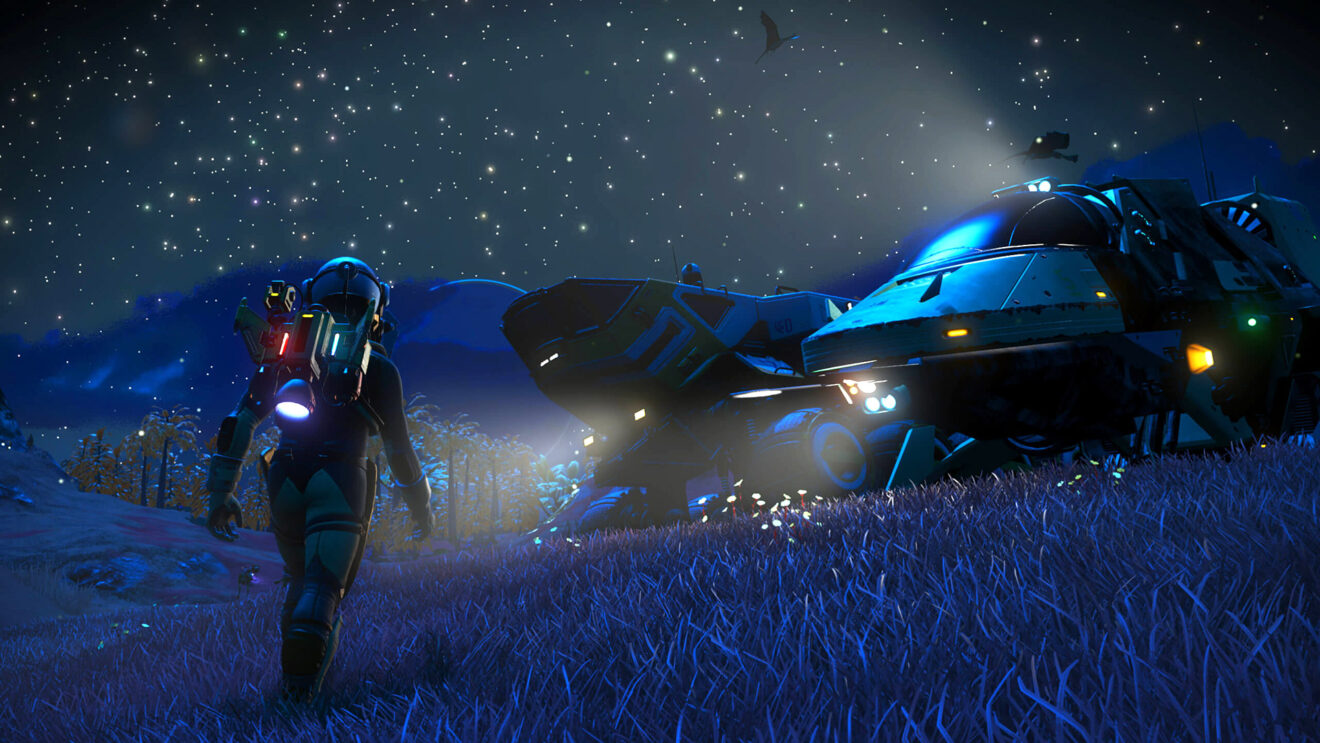 No Man’s Sky gets prettier, shinier, wetter, and star-ier in Prisms

A mere two months after No Man’s Sky‘s latest expansion, the game has gotten upgraded yet again in Prisms.

“Update 3.5, Prisms, dramatically refreshes the No Man’s Sky experience with a range of new visual features and technologies,” the game’s official website explains in the open of the rundown of new updates. “The universe has never looked better, with reflections, new texture effects, more biome detail, improved lighting, new skies, new warp effects, creature fur, and a host more besides.”

To give some examples of the upgrades, screen space reflections (SSR) tech on PC, next-gen consoles, and Xbox One X brings reflective surfaces and better lighting to locations such as the Space Anomaly, space stations, and freighter hangars. “New styles of volumetric lights” help improve the lighting effects of Drone searchlights, starship headlights, and bioluminescent flora.

Cave variety has been increased, surfaces such as glass have seen a bump in detail (meaning I can now tell how dirty my station’s windows are), and the night sky is now flush with stars. Creatures can now have fur, you’re able to ride flying creatures, and rain will not only refract light, but also make surfaces wet.

There’s a lot more to what’s been changed or added in No Man’s Sky Prisms, so check out the full rundown of features and upgrades.