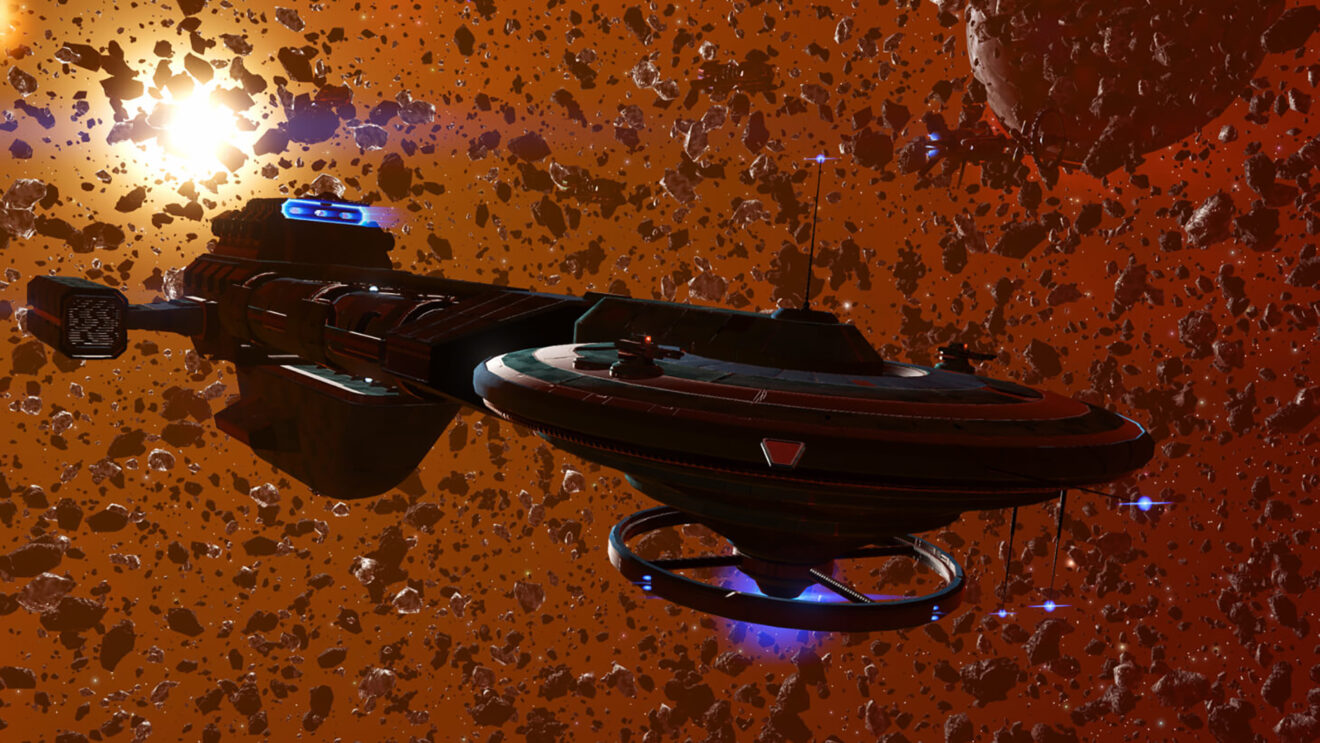 No Man’s Sky Endurance update is all about captaining a massive, bustling starship

Hello Games has announced—and released—update 3.94 for its infinite space exploration No Man’s Sky. The patch, known as the Endurance update, mainly focuses on overhauling freighter bases and fleets.

With Endurance, freighter bases now have a variety of themed, pre-decorated rooms you can use while building, allowing you to better organize your capital ship. What’s more, you can now build windows and doors to the outside. You can even extend your base building onto the exterior of the freighter, with observation decks and catwalks that let you stand and look at space, in space, while flying through space. Sick.

You can also now construct farms aboard your freighter, allowing you to harvest everything that’s growing with a single interaction. There’s also a short-range teleporter network for getting between the bridge and the hangar, in case you’re too busy to use your feet.

Probably the biggest change to the feel of freighter bases, however, is that your crew will now walk around, sharing their thoughts and what they’re up to. The frigate captains and squadron pilots you hire can stop in for visits, too. Basically, you’re going to feel like you’re actually in command of a huge ship full of crew members now.

There are also a number of visual upgrades to freighters, including the ability to customize your exhaust trail, overhauled hangar designs that now include windows, and more detail on the exterior of the ships.

Like all of No Man’s Sky‘s recent updates, there’s a lot more going on than just the top-line additions. There are also improvements to nebulae, more varied and numerous asteroids, with thousands appearing at once, a new Polestar expedition, space storms, and a whole lot more.

You can check the full rundown of everything in Endurance, including the lengthy, bullet-point-by-bullet-point patch notes, on the game’s official website.

Hello Games has delivered a steady string of substantial free updates to No Man’s Sky since its 2016 launch. Prior to today’s launch of Endurance, this year has already seen the space-pirate-themed Outlaws update and the Leviathan update, which introduced space whales to the game.

No Man’s Sky is available now on PlayStation 5, Xbox Series X/S, PlayStation 4, Xbox One, and Windows PC. A Nintendo Switch version is due out in October.

Josh Harmon
Josh picked up a controller when he was 3 years old and hasn’t looked back since. This has made him particularly vulnerable to attacks from behind. He fell in love with EGM during the Dan Hsu era, so joining the magazine as an intern way back in 2012 felt like a dream come true. Now, as Editorial Director, he’s excited to lead EGM somewhere new.
Share
Post tagsNo Mans Sky