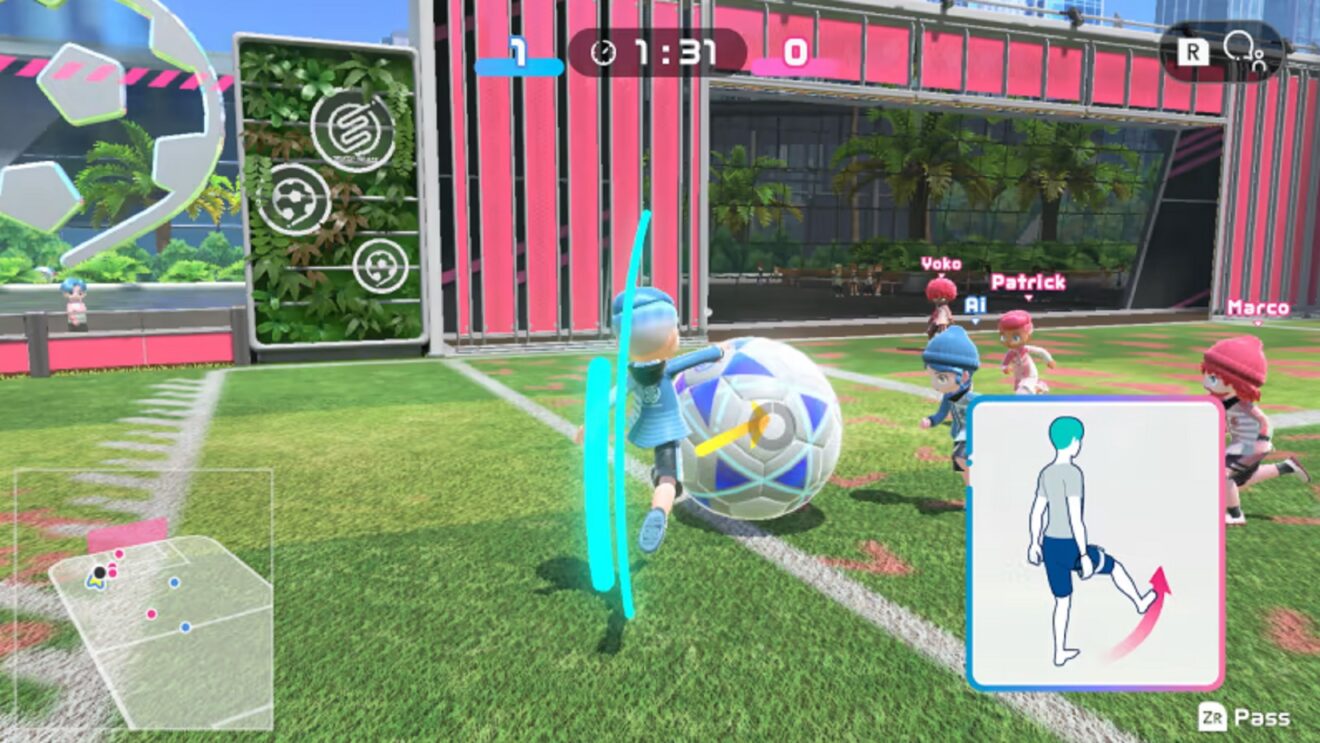 Update: The Soccer and Volleyball update is now available to download.

Original Story: Nintendo has announced that it will be releasing a new update for Nintendo Switch Sports on July 26th.

This update adds support for the Joy-Con controller Leg Strap accessory in Four-on-Four and One-on-One Soccer matches. In-game kicks will be more powerful when using the accessory.

“Use a kicking motion in real life and the game will transform your movements into in-game actions,” Nintendo explains. “Likewise, you can also move your hands, just like you’re jogging in place, to dash in the game.”

Additionally, players will be able to make use of the Slide Attack and Rocket Serve in Volleyball and reach new heights in the Pro League with the new S Rank and ∞ Rank.