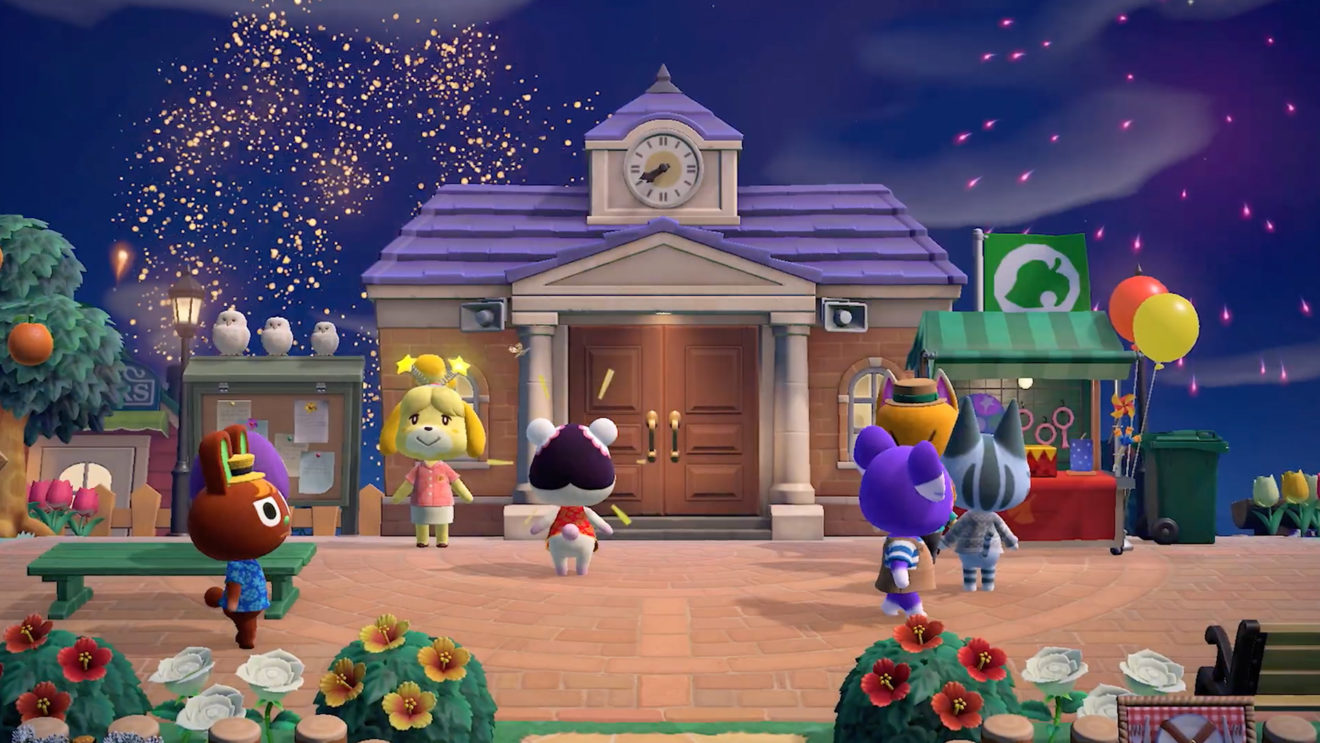 After Animal Crossing: New Horizons‘ first summer update brought us swimming and sea creatures, its next might not be as exciting gameplay-wise, but is far more important thanks to one specific feature.

Before that, Wave 2 will light up the sky above your island thanks to a weekly fireworks show. Every Sunday in August, you’ll not only be able to watch the fireworks light the night sky, but set off some of your own, or even design special fireworks for your entire island to see.

From there, your villager will now be able to lay down in bed and get some sleep. While they do, they may drift off into the dream world, where a new character named Luna can help them dream of other villagers’ islands.

The final piece of Summer Update Wave 2 is by far the most important. Starting on July 30th, you’ll finally be able to use a special backup option to save a copy of your island to the cloud. To be clear, this will be a different technology than the already-existed cloud saves, although you’ll still need to have an Nintendo Switch Online subscription to make use of this feature.

This feature has been a long time in coming, with some players having lost hundreds of hours of progress on their islands due to no way to back up their Animal Crossing: New Horizons data up until this point. While finally having that option will offer more peace of mind to players, it still doesn’t come without catches. In order to resort an island that’s been backed up, you’ll need to contact Nintendo customer support to kick off the process. As well, Nintendo’s announcement says your island can be restored to a “new or repaired Nintendo Switch system,” which makes us wonder what that means for households who already have additional Switches.

Finally, Nintendo has teased the next free update coming to Animal Crossing: New Horizons, which will come this fall.