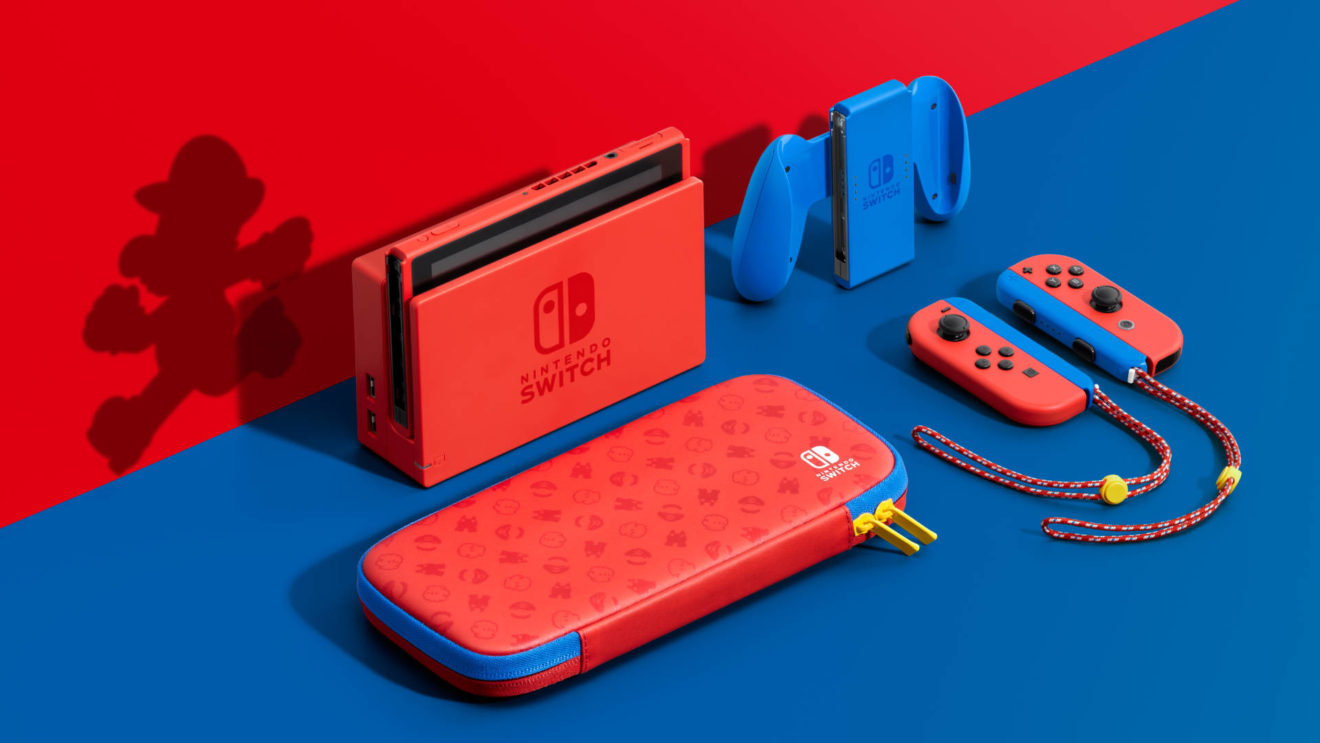 While Nintendo has gone crazy producing a wide variety of Joy-Con colors, the original Switch itself has only ever been black—until now.

Available at “select retailers” beginning on February 12th, the Mario Red & Blue Edition will feature red Joy-Cons with blue straps, a blue Joy-Con grip, a red Switch dock, and—for the first time ever—a Switch where its main body is red instead of black.

In addition to the system itself, the Mario Red & Blue Edition will come with a “stylized” carrying case, as well as a screen protector.